Skip to content
You are here
The Governor of the State of Osun, Adegboyega Oyetola, on Thursday flagged off Osun Food Support Scheme  to mitigate the excruciating impact of the Coronavirus pandemic on vulnerable citizens in the State.
The governor said the initiative was another way of keeping faith with government’s promise to prioritise their welfare and general well-being. 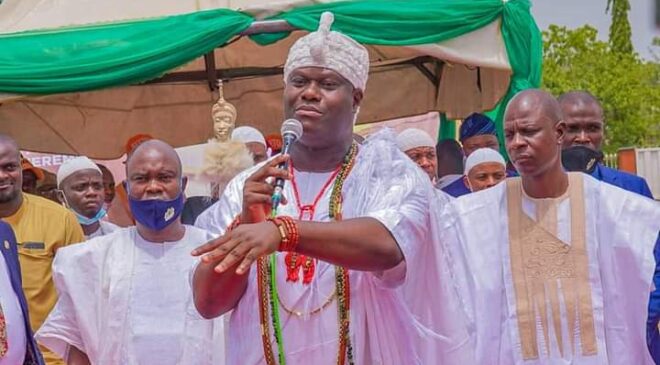 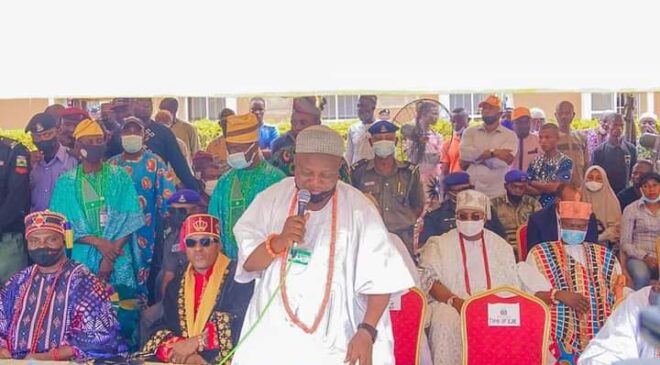 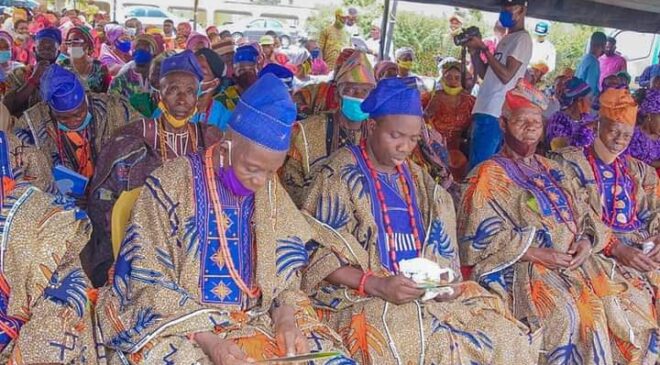 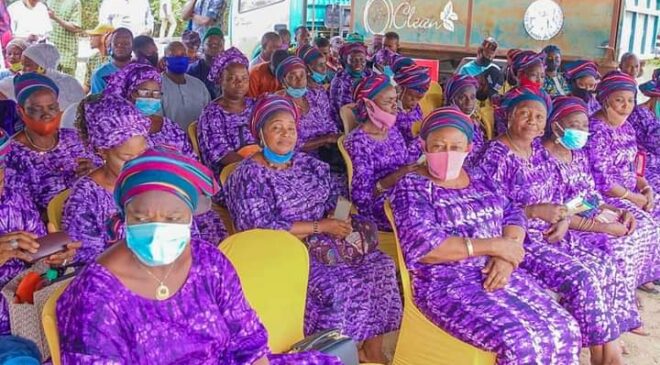 He said the scheme became necessary because available statistics point to the fact that many jobs have been lost with many sources of livelihoods significantly threatened as a result of the outbreak of Covid-19 pandemic.
The scheme which begin from this month, will run till the end of the life of this Administration and it is designed to cater for the critical needs of 30,000 poor and vulnerable citizens, including youths, widows, the aged and people living with disabilities across the State on a monthly basis.
The beneficiaries were drawn across the nooks and crannies of the State, using the World Bank-sponsored Social Register and it would cater for the targets’ needs in a manner that is just and equitable.
Addressing the people at the flagg-off ceremony held at the open field, Local Government Service Commission, Abere, Osogbo, Oyetola said the scheme was also in fulfillment of the administration’s avowed determination to provide a buffer for the vulnerable, especially those, who, on account of the impact of the Coronavirus pandemic, had been thrown off balance economically and emotionally.
He stressed that the administration’s ultimate goal, apart from feeding the vulnerable in the interim, was to also boost local food production and achieve food security in the long run.
The Governor disclosed that the food support scheme has been carefully calibrated, in line with the Administration’s policy of promoting small, micro and medium businesses to boost the local economy, saying, “to this end, all food items will be sourced locally to further encourage our local farmers and businesses”.
Oyetola said that to achieve the sustainability of the scheme, his Administration, in collaboration with the Federal Ministry of Agriculture, had commenced the clearing of 10,000 acres of land, part of which would be allocated to youths who are genuinely interested in farming to engage them effectively and productively, saying 30 percent of the beneficiaries of the  Food Support Scheme are youths.
He said the decision was to demonstrate that government is youth-friendly and committed to its youth engagement policies and programmes as reflected in the reasonable percentage allocated to them in the last budget.
Governor Oyetola stressed further that the Administration had begun work on two farm settlements in Ife and Ifon, which would be duly equipped with all relevant facilities, including residential, to make farming attractive to the young people
“Today’s event, is therefore, an eloquent affirmation that we are a responsible and compassionate Administration that knows and feels your pains and silent struggles and we will not relent until we provide the needed relief required to support you to regaining your balance.
“Through this Scheme, in the first instance, 30,000 beneficiaries across our State will be reached and provided with 5kg of food bags as a token of support.
“To make the exercise hitch-free and transparent, we have constituted a committee made of relevant State functionaries and key stakeholders with representations from the various religious bodies, trade groups, youth groups, minority groups, among others.
“We are adopting the use of the World Bank-sponsored Social Register to cater for  beneficiaries in a manner that is just and equitable across the various nook and crannies of our State.
“It should be noted that this programme is part of our overall strategic response to the challenges thrusted on us by the pandemic. You will recall that during the lockdown, we embarked on massive distribution of palliatives to vulnerable households across our State.
“We also followed this up with our post-COVID economic recovery plan targeted at empowering over 5,000 SMEs with relevant skills and requisite funding in partnership with the Bank of Industry. Through the Ministry of Youth and Sports, we have also been facilitating loans to  businesses in the State and to support youth entrepreneurship.
“It is our earnest expectations that, in no distant time, we would be able to have our farmers produce enough farm produce, especially staple foods that are commonly consumed within our locality for the Food Support Scheme where government becomes the off-taker,” Oyetola added.
In his remarks, the Commissioner for Regional Integration and Special Duties, Olalekan Badmus, said the gesture would serve as a good means to stem the negative tide of social vices, family breakdown, emotional disturbances and reduce rate of destitution that might emanate from lack of food among the vulnerable.
He disclosed that the first phase of the initiative had been designed to cater for the needs of the 570,000 persons in the State which in turn would have a greater impact  on the economy of the State as all food items would be sourced locally.
Badmus commended the Governor for taking the welfare and well-being of the citizens as priority.
Speaking at the event,  Ooni of Ife, Oba Adeyeye Enitan Ogunwusi; Ataoja of Osogbo, Oba Jimoh Olanipekun and Oluwo of Iwo, Oba Abdul-Rasheed Akanbi, lauded the government’s gesture and described it as timely and prompt.
They attributed the large presence of traditional rulers to the hands of fellowship extended to them by the government just as they implored the representatives of the beneficiaries to do justice in the distribution of the stimulus package.
In their separate remarks, some of the beneficiaries thanked the Governor for the kind gesture which they described as unprecedented in the history of the State.
Those in attendance were the Deputy Governor, Mr. Benedict Alabi; a former Deputy Governor, Mrs. Titilayo Laoye Ponle; the Speaker, House of Assembly, Hon. Timothy Owoeye; the Nigerian Ambassador to Mexico, Hon. Adejare Bello; Secretary to the State Government, Prince Wole Oyebamiji; Chief of Staff to the Governor, Dr. Charles ‘Diji Akinola; Head of Service, Dr. Olowogboyega Oyebade;  State Acting APC Chairman, Prince Gboyega Famodun, among others.