Skip to content
You are here
Niger State Governor ,Abubakar Sani Bello has described Barikin Sale, Kpakungu and other settlements in Minna metropolis as inaccessible and potentially disaster areas whose master plan urgently needed to be redesigned.
He said there has been poor planning and lack of monitoring by officials of the ministry and agencies responsible for the gradual development of the settlements over the years stressed that efforts has been made by his administration to correct the anomalies. 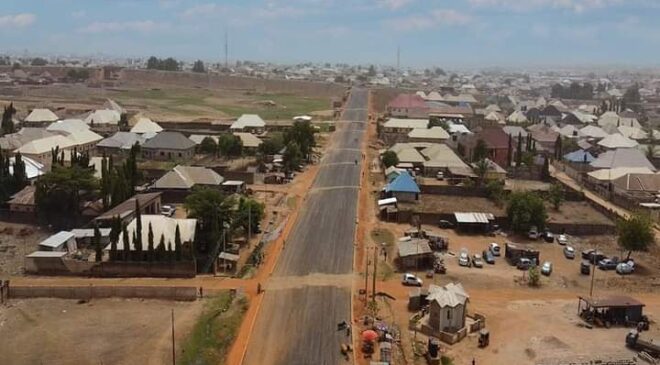 “There has been grievous mistakes in the past, but we must start to correct them now. Even though it will be at a very high cost, we must redesign those settlements to make them easily accessible so that infrastructure and other utilities can be provided to the people”.
Governor Sani Bello, who was inspecting some completed and ongoing road projects within Minna metropolis, directed the State Environmental Protection Agency (NISEPA) to immediately commence the evacuation and clearing of drainage channels ahead of the coming rainy season as a proactive measure against flooding.
The Governor expressed displeasure over the way some communities and individuals convert drainages into refuse dumps added that such practice have, on many occasions, rendered government’s efforts ineffective in checkmating perennial floodings.
“Communities and individuals are not helping matters by blocking the drainage systems with refuse, such practice must stop. However, we must not wait until it’s too late to clear the drains because the rains will soon be here”. The Governor said.
At the end of the road projects inspection, Governor Sani Bello expressed satisfaction with the level and quality of work but urged the contractor to speed up and ensure that the projects are completed within the shortest possible time.