Skip to content
You are here
Defence Advisers from Seventeen (17) countries accredited to Nigeria have paid a working visit to the Headquarters Multi National Joint Task Force (MNJTF), Njamena Chad on Wednesday 23 June 2022 , they arrived Chad on board a Nigerian Airforce Aircraft.
The Defence Advisers were from Uganda, Zambia, Gambia, Botswana, Burkina Faso, Cameroon, China, Cote D’Ivoire, France, India, Morocco, Poland, Sierra Leone, South Korea, Ukraine, Denmark, and Algeria. The visit was basically to have an on the spot assessment of the operational activities of the MNJTF in the Lake Chad region. 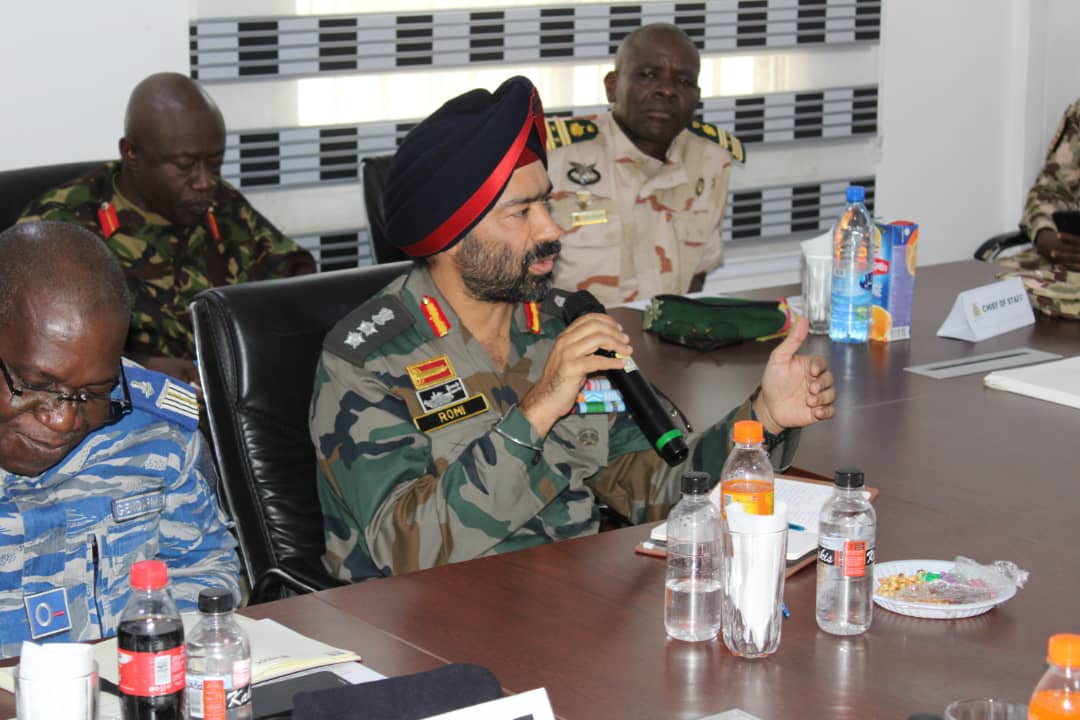 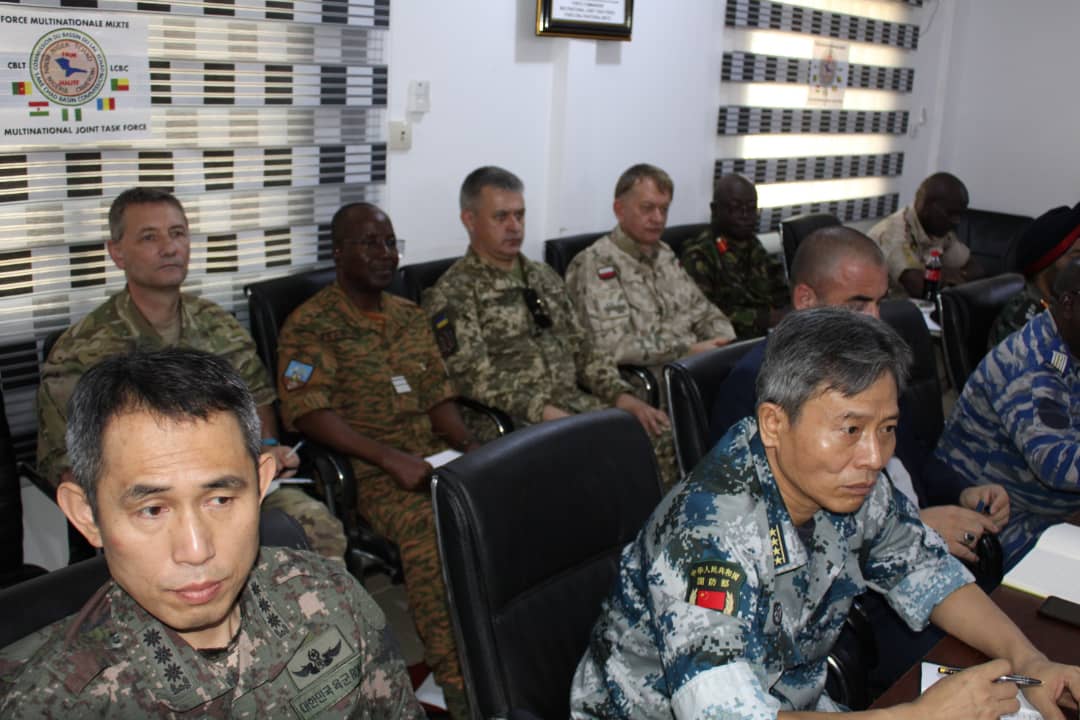 The team was led by the Director Foreign Liaison (DFL), Defence Intelligence Agency(DIA), Maj Gen ES Buba, who  commended the MNJTF and her troops  for their efforts in degrading the criminal elements in and around the Lake Chad region. General Buba further stated that the tasks carried out by the MNJTF are huge, added that it was exemplary and in line with global best practices.
While responding the Force Commander (FC), MNJTF, Maj Gen Abdul Khalifah Ibrahim thanked the Defence Advisers for the visit which he said was a recognition of the work of the MNJTF, added that a lot has been achieved in the fight against insurgency.
According to him, the successes recorded were through robust coordination and collaboration among the Troop Contributing Countries. He praised the conduct of Operation Lake Sanity which he said was conducted in close coordination with Op Desert Sanity in Nigeria.  A lot of pressure was imposed on the Boko Haram/ ISWAP criminals in the Lake Chad Islands and settlements known as Tunbuns.
He then thanked the troop contributing countries on Nigeria, Niger, Cameroun and Chad. He also appreciated the EU, UK, China among others for their support to the MNJTF.  He called for greater collaboration and synergy in the Lake Chad basin and the Sahel region to tackle the problem of  religious fundamentalism.
Earlier, the delegation was adequately briefed on the activities of the MNJTF. Thereafter, there was a robust interactive session in which issues were raised and discussed with great participation by the visitors, signing of the visitor’s book, presentation of souvenirs, group photographs and a guided tour of N’Dajmena. The delegation has since returned to Nigeria.