Skip to content
You are here
Spread the love
Kwara State Governor ,AbdulRahman AbdulRazaq has again condemned “the mindless looting” of people’s businesses in the state capital on Friday, insisted there can be no justification for such criminal behaviour.
He commiserated with owners of all the businesses affected and announced a N500m fund to assist them as part of the administration’s efforts to bring them back on their feet following the incident.
In a visit to the Kwara Mall and Agro Mall on Saturday evening, the Governor said the incident may bring businesses to their knees, and cause massive loss of jobs and a surge in poverty rate — implications he said were clearly lost on the “hoodlums”.
“We are therefore not going to leave the business owners like that. We are setting up a N500m fund for those that were affected to access. The application form is live and active on the State Government’s website and can now be filled by interested parties. We are going to get them back as soon as possible,” he said.
Claims that government was hoarding palliatives were false as it was not the owner of those materials, AbdulRazaq added, explained that the food stuffs stolen at the Cargo Terminal were donated to specific vulnerable households and were being distributed across the state for the private sector-led CACOVID Foundation.
He added that the ones carted away from Agro-Mall were relief materials donated to specific victims of the recent rainstorms and floods in eight local government areas of the state by the Federal Government. 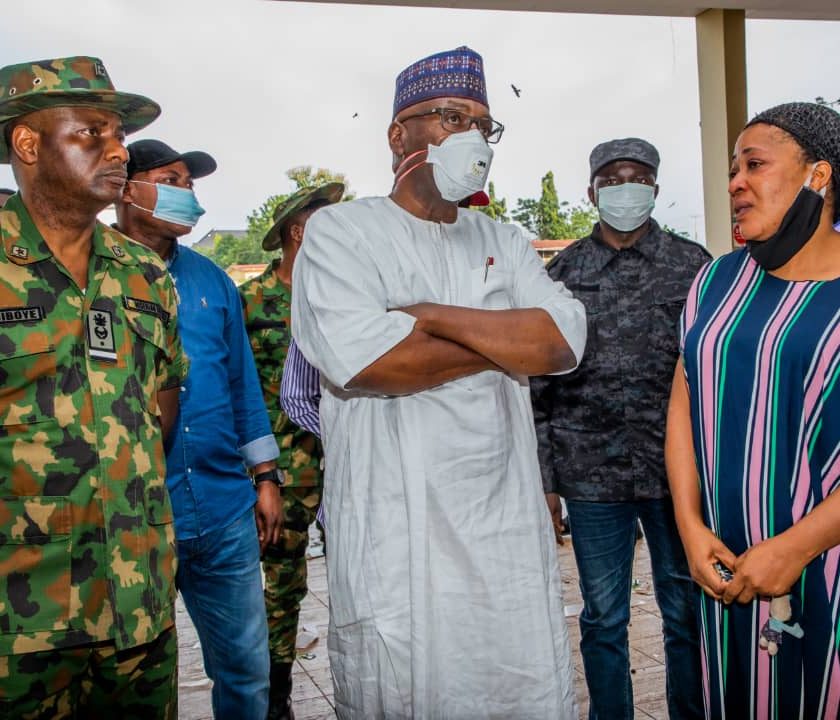 He said the NEMA had already distributed the materials to at least four local governments while consignments for the remaining council areas were due for dispatch when the hoodlums struck.
“What happened was bareface stealing and some people are playing politics with it. This is not the time to play politics. It is a time for all hands to be on deck. It is not just Kwara they wanted to burn down. They wanted to burn the whole country down. I urge all of us to stand up and resist that,” he said.
“We engaged the #EndSARS youth in Kwara and it worked out for us. They were not violent. They had a five-point agenda which the federal government has agreed to and has started implementing. In Kwara State, we have also set up a judicial panel of inquiry to look into the allegation of Police abuse. I also visited Police barracks to see how we can improve the welfare of the Police in the state.
“While the hoodlums were looting (on Friday), I was holding a meeting with executives and members of the National Association of Kwara State Students and National Association of Nigeria Students, Kwara axis. It shows students and youths were not part of the looting. Those involved were just hoodlums and thieves.”
Commending them for their professionalism, the Governor said the administration is working with security agencies to maintain public order and safety in the state.