The Minister of Federal Capital Territory, Abuja, Alhaji Muhammad Musa Bello has poured encomiums on the Management of National Youth Service Corps for mentoring Corps Members towards the provision of viable projects to develop their host communities across the country.

He said “Corps Members’ efforts in diverse fields of endeavour have immensely transformed the socio-economic development of the country.” 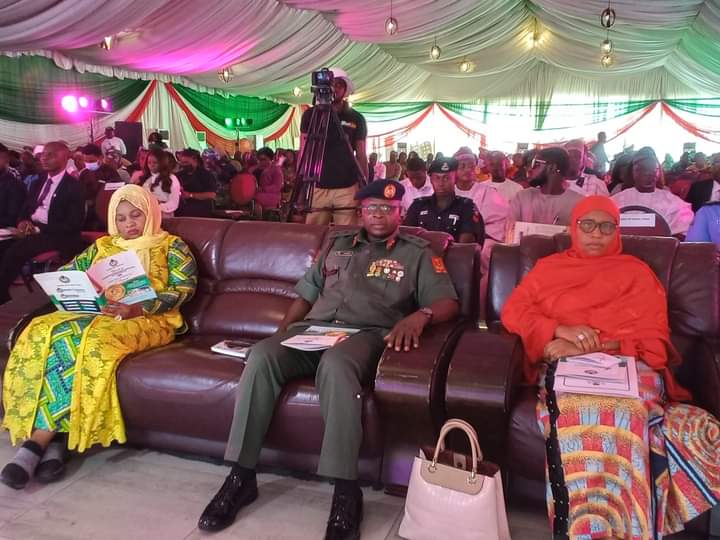 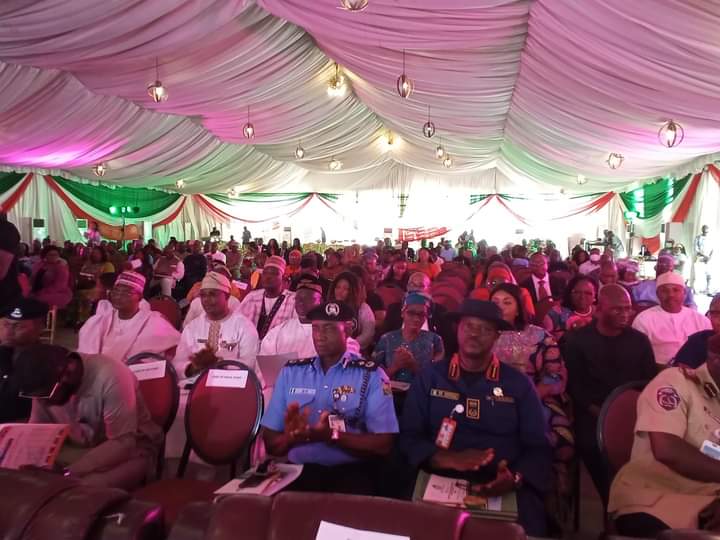 Alhaji Bello who was represented by the Mandate Secretary, Social Development Secretariat and Chairman, NYSC FCT Governing Board, Hajiya Hadiza M. Kabir commended the Director General and his management team for the giant strides the Scheme has achieved in recent times.

“Community Development Service activities have impacted greatly on the lives of Nigerians across the country through improvement in their economic, health, political and socio-cultural conditions.

“I commend the efforts of the management of the Scheme in galvanizing the potentials of Corps Members towards national development”, he said.

The Minister said that there was need to harness the gains of CDS activities across the country for National development.

He also used the forum to call on Nigerians to support the NYSC in its Community Development Service efforts.

“Corps Members’ ideas and initiatives must be supported by all through the provision of funds and other materials for the benefit of our host communities.

“The landmark achievements of NYSC Scheme is seen in not only in education, but also in the health sector, as Corps Members serve as teachers in our schools and medical personnel in our various hospitals”, the Minister added.

Alhaji Bello promised the support of the Federal Capital Territory Administration to NYSC in order to reciprocate the contributions of Corps Members in the various sectors of the economy.

In his address,the NYSC Director General, Major General Shuaibu Ibrahim said Community Development Service activities not only contribute towards accelerating the socio-economic development of the country, but were also practical illustration of the continued relevance of the Scheme.

He said all hands must remain on deck to ensure the rejuvenation and repackaging of the CDS activities with a view to sustaining the tempo of the Scheme’s achievements.

“The institution of the Director-General’s CDS Award, which commenced in 2021, is to recognize and reward the hard work and innovativeness of Corps Members; dedication and commitment of the CDS Officers; as well as the immense support of our partners towards the successful execution of CDS programmes”, he said.

General Ibrahim also commended the Director and Staff of the Community Development Service and Special Projects Department for their doggedness in initiating and implementing robust CDS programmes, while appreciating the efforts of all State Coordinators and the CDS Schedule Officers for their commitment as field managers of the programmes, including the Health Initiative for Rural Dwellers and the National Environmental Sanitation Exercise, that have continued to endear NYSC to Nigerians.

Speaking further, the Director General lauded the Corps Members nationwide, who he described as “our foot soldiers in the execution of all CDS activities”.

He urged them to strive to leave their footprints in the sands of time.

General Ibrahim while commending various stakeholders of the Scheme for their support, added that nation-building is a cooperative enterprise for which all and sundry must play their roles.

“This has been demonstrated by our valued partners in the CDS programme,” Ibrahim said.

The Director General called on other Government Agencies, Non-Governmental Organizations and the organized private sector to partner with the Scheme in its strides for a greater Nigeria.

He congratulated all the awardees for the feat achieved, urged them to consider their recognition as a challenge to do more in the service of the fatherland.

General Ibrahim enjoined them to redouble their efforts towards reaping bountiful harvests of developmental projects across the country.