Skip to content
You are here
The Independent Petroleum Marketers Association(IPMAN) has hailed Governor Yahaya Bello of Kogi State for his role in brokering the impasse between the Amalgamated Union of Foodstuff and Cattle Dealers Association of Nigeria. This commendation came on the heels of the association’s visit to the Governor in Lokoja.
National President of the Association, Engr Sanusi Abdul Fari described the governor’s swift move to broker truce between the warring parties as rare demonstration of leadership anchored on patriotism.
‘Stepping out to douse tension in such period of national crisis is patriotism at its peak. Your swift decision to call to dialogue the warring parties was timely and has helped resolved what would have become a protracted national crisis. You have demonstrated rare leadership quality and we are here to say thank you for rising to the occasion by providing leadership ‘, Engineer Fari said. 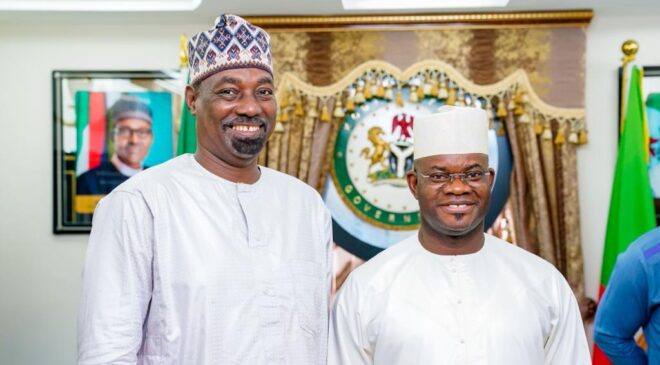 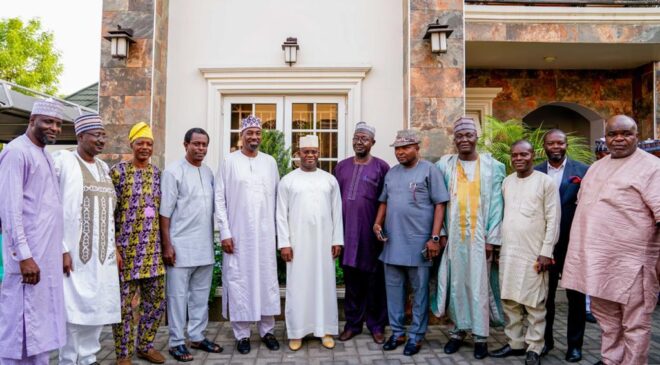 In his response, Governor Yahaya Bello thanked the Association while describing them as the live wire of the nation’s economic. Bello said the country must do all to ensure that Nigeria remained an indivisible and united entity irrespective of tribes and religions. He said what the nation needs at this moment is peace and security noting that they must all support the effort of President Muhammadu Buhari in building a United Nigeria.
‘Nigeria will continue to remain an indivisible entity, and this can be sustained when we are all deliberate and united in ensuring that peace and security must be topmost priority in our dealings. ‘ Bello stressed.
Recall that the Governor had recently waded into the strike and blockade of food from the North to South in the wake of the crisis that happened at Shasha in Oyo State.
The prompt intervention of the Governor has been applauded by many Nigerians with the latest commendation coming from IPMAN.