Niger state Governor ,Abubakar Sani Bello has charged the Ministry of Livestock and Fisheries to intensify efforts on animal husbandry as it remain an integral part of the administration’s agricultural transformation agenda.

Governor Sani Bello stated this when he visited the State’s Livestock Improvement and Breeding Centre at the Tagwai Dam, Minna.

He acknowledged that the progress and process of developing unique species of Cattle at the center were slowing and promised to meet with the ministry to fast track its development.

According to him, the whole idea of the Centre was to have from overtime moved from the present generation of Cattle to a better one for a better quality of milk and beef production.

He said that four veterinary doctors were sponsored to South Africa by the State government for training in artificial insemination and that with partnership agreement with a South African firm on Bonsmara (a disease-resistant cattle) semen supply it was expected that by now something tangible should have been achieved.

“The previous administration imported many of the Bonsmara breed from South Africa with the hope that by now we should have been doing artificial insemination so that over time we shall be able to improve on our local breed especially the bokolo breed”, he stated. 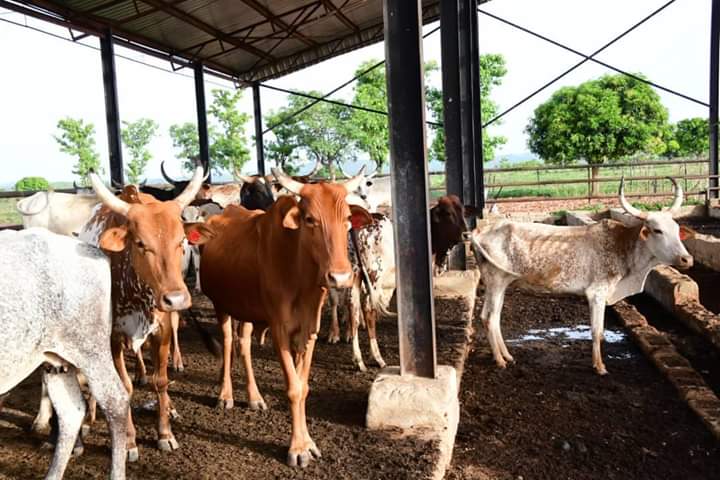 He said that a crossbreeding between the Bonsmara and the local bokolo perfectly worked out in the State, therefore it was time for such an effort to be redoubled.

“It is a wonderful program but unfortunately I have to find out why we have not made much progress”, he said.

The governor said that with the Bobi Grazing Reserve coming on board, this was the time that the government need to assist the herdsmen through artificial insemination so as to get the rare cattle that produce a high quantity of milk of about 10 litres per day instead of the two litres daily and a cattle of 500kg to 600kg.