Skip to content
You are here
As the All Progressives Congress (APC) flags off its campaign for Niger East Senatorial District (Zone B), Governor Abubakar Sani Bello has called on the people to vote for the party’s candidates at all levels to consolidate the achievements of the present administration.
Governor Sani Bello said this during the flag-off campaign in Suleja.
While commending the success of the rally, he said the party has credible candidates that would form a formidable team to improve on the successes recorded by the present administration. 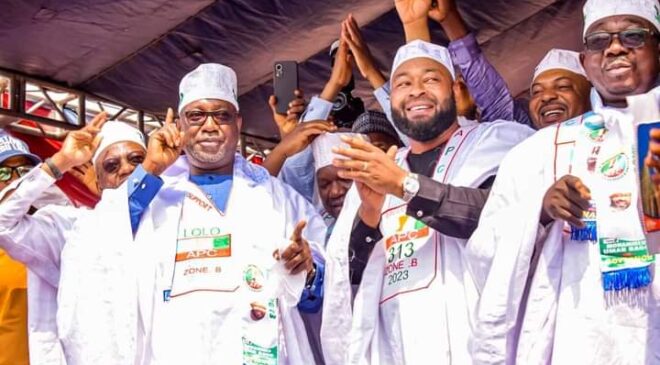 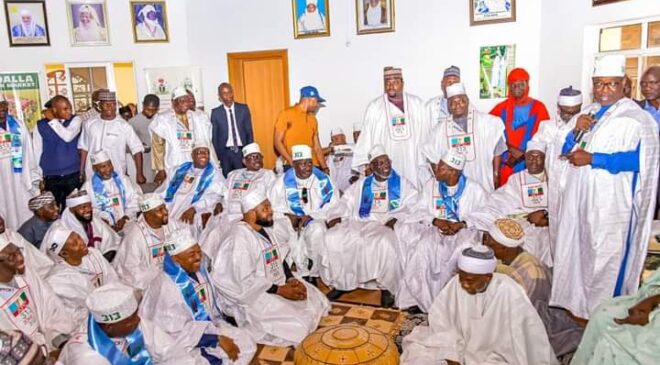 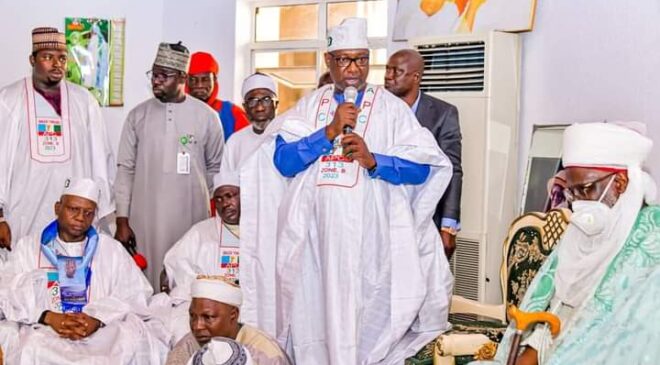 Speaking on insecurity, the Governor reiterated that his administration will continue to respond to the challenges adequately even as he observed that security challenges are dynamic.
He then called on the residents to be more vigilant and expressed optimism that the 2023 elections will be successful.
“We had a hitch-free program. I didn’t expect anything less.
“Security is dynamic. Every day we are faced with different types of challenges. We try to respond to the challenges when they happen. No one can tell when and where it will happen.
“We have to be on our toes and going into elections, we have to be more vigilant and even the locals. I do not doubt in my mind that elections will come and go without hitches”the Governor noted.
The Senator representing the Niger East Senatorial District, Mohammed Sani Musa, who is seeking re-election, urged the people to vote for all APC candidates, assured that the National Assembly members from the zone will work collectively to ensure rapid development of the zone.
According to him, “We have done very well. We have realized some shortcomings and we are going to do better”.
He called on the people to be patient, and vigilant as well as ensure that they run issue-based campaigns devoid of violence.
Also speaking, the APC gubernatorial candidate, Mohammed Umar Bago canvassed for votes for all APC candidates and promised to carry women and youths along.
Earlier, the state APC Chairman, Haliru Zakari, and the Director General (DG) of Sen. Sani Musa Campaign Organization, also enjoined the people to vote for the Party as they assured them of good representation.
APC Deputy Chairman, North Central, Muazu Bawa Rijau presented the party flags to the candidates of zone B.
Governor Sani Bello later received the former chairman of Shiroro local government, Adamu Gogo, and his teeming supporters who defected from the New Nigeria People’s Party (NNPP) to the APC.
Meanwhile, the Governor had led the APC Zone B candidates and other Party stalwarts in the state to the Palace of Emir of Zazzau Suleja, Mallam Awwal Ibrahim to seek his royal blessings, support, and advice.
He told the Emir that the candidates of APC for the zone and the entire state were credible to propel development in the State.
He added that the traditional authority and the government must work together to end insecurity, adding that the  APC gubernatorial candidate can strengthen traditional institutions as he is also from a royal lineage.
The Governor further used the opportunity to sympathize with the emir over the death of the District head of Lambata in the Gurara local government area, following an attack on the deceased by some youths in the community.
He however explained that the investigation was ongoing and assured that justice will be served.
The Emir of Suleja, while thanking the Governor for the visit, extended his royal blessings and reminded all the candidates that power comes from God, hence they should rely on him for victory.
.