Skip to content
You are here
Spread the love
Niger state Governor, Abubakar Sani Bello has presented an estimated 2021 budget to the tune of one hundred and fifty-one billion, two hundred and forty million, six hundred and twenty-one thousand, seven hundred seventy-six naira (N151, 240, 621, 776. 00) to the State House of Assembly for consideration and subsequent approval. 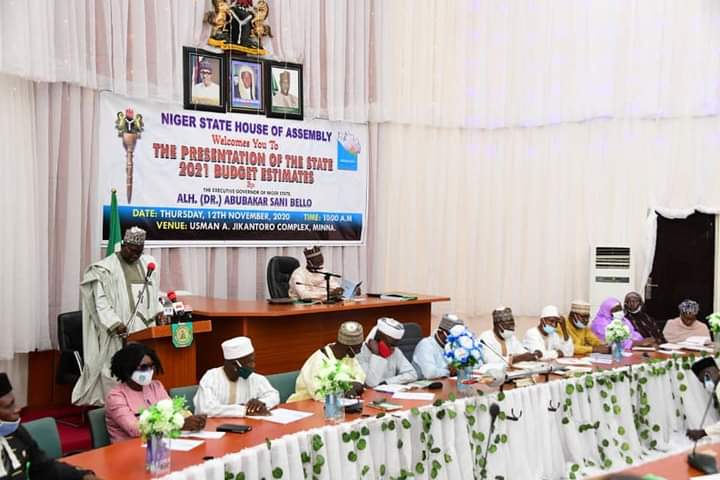 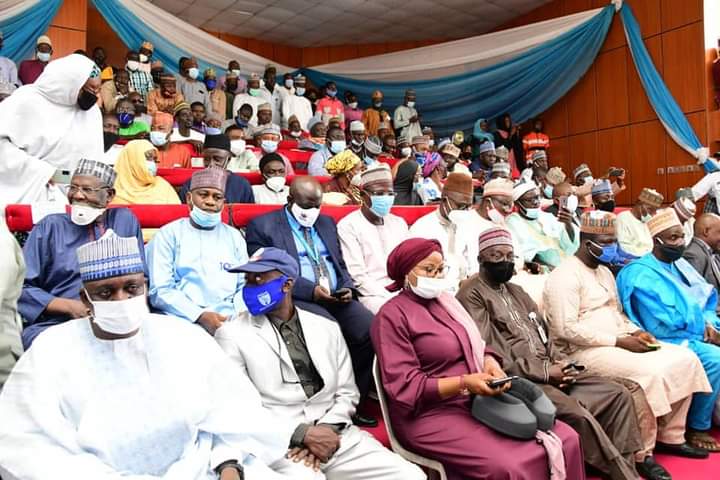 The 2021 budget tagged, “budget of reality” was presented by Governor Abubakar Sani Bello.
The 2021 budget estimate is 2.71 per cent lower than the 2020 budget of N155, 459, 814, 701which was reversed following the COVID-19 pandemic.
The 2021 budget estimate has N72, 503, 201, 830.88 representing 47.94 per cent recurrent expenditure and N78, 737, 419, 945.12 representing 52.06 per cent of capital expenditure.
Presenting the appropriation Bill on behalf of the Governor, his Deputy Ahmed Muhammed Kesto said that the 2021 budget will be financed through the traditional sources such as: statutory allocation, value-added tax (VAT), Internally Generated Revenue (IGR), and capital receipts.
He said that N71, 955, 049, 902.00, representing 47. 58 per cent is expected to accrue from the Federal Allocation as N17, 999, 524, 715. 00 representing 11.91 per cent is from VAT, N14, 744, 770, 399.00 or 9.74 per cent is to be generated from the Internally Generated Revenue IGR as N42, 201, 250, 249.00 representing 27. 90 per cent will be expected to be received as capital receipts.
The Governor added that other revenue sources of the budget include; dividends from North-South Power to the tune of N500, 000, 000. 00, refund from National Electricity Liability Company (NELCO) which stands at N3, 510, 026, 517.00, and re-fund from Federal Roads totalling N330, 000, 000.00 accounting for 0.33, 2.32 and 0.22 per cent respectively.
The recurrent expenditure was slightly higher with 3.63 per cent than the one in the year under review due to the implementation of the new minimum wage of N30, 000.00, the backlog of promotions, annual salary increments; and payments of pension and gratuity to retired civil servants.
The Governor said the Economic Sector has the highest allocation of N54.257Billion representing 68.90%, followed by the Social Sector with N16.084Billion or 20.42% and Administrative Sector with 9.02% or N7.095 Billion. The Law and Justice Sector has a proposed estimate of N1.3Billion representing 1.66 per cent among others.
He said that the budget is focused on the completion of projects that have attained 90 per cent completion, provision of counterpart funds to development partners on supported projects, investment-driven and employment generation for youth’s projects in the areas of mineral development, agriculture, as well as small and medium enterprises.
The Governor also noted that the outgoing year 2020 has been tough almost all aspects of Government particularly due to the outbreak of COVID-19 which led to a fall in crude oil price and other sources of revenue thereby affecting the ability of the State to meet up with the capital projects expectations for the year under review.
He said the turbulence that came with the year was also an increased security challenges, banditry, kidnapping among others, pointed out that all these impacted negatively on government plans in the year under review.
The Governor however assured Nigerlites that despite the challenging situation, the year 2021 budget is predicated on realistic revenue forecasts focusing on completion of prioritized achievable projects that will bring about the needed development in the State as lessons have been learnt in the outgoing year.
In his response, Speaker, Niger State House of Assembly ,Hon. Abdullahi Bawa Wuse assured the public that the legislative arm of Government will partner with the relevant stakeholders in ensuring that the appropriation bill is passed in to law in record time so as to take effect from January 2021.
Hon Bawa Wuse then charged Ministries, Departments, and Agencies (MDA’s) to corporate with the legislators when called upon for the budget scrutiny.
The speaker who on behalf of the lawmakers expressed their concerns over the COVID-19 status of the Governor, prayed for his quick recovery.
He applauded the Governor for the support given to them to carry out their function, promised to strengthen their oversight functions to ensure value for money while calling for more efforts from the Executive arm in tackling insecurity and infrastructural deficit in the State.