Skip to content
You are here
Spread the love
Ebonyi state Governor, David Umahi has commended the National Youth Service Corps for taking the proactive step of closing its Orientation Camps at the start of the COVID-19 outbreak in the country.
He said many lives would have been endangered if such decision was not taken. 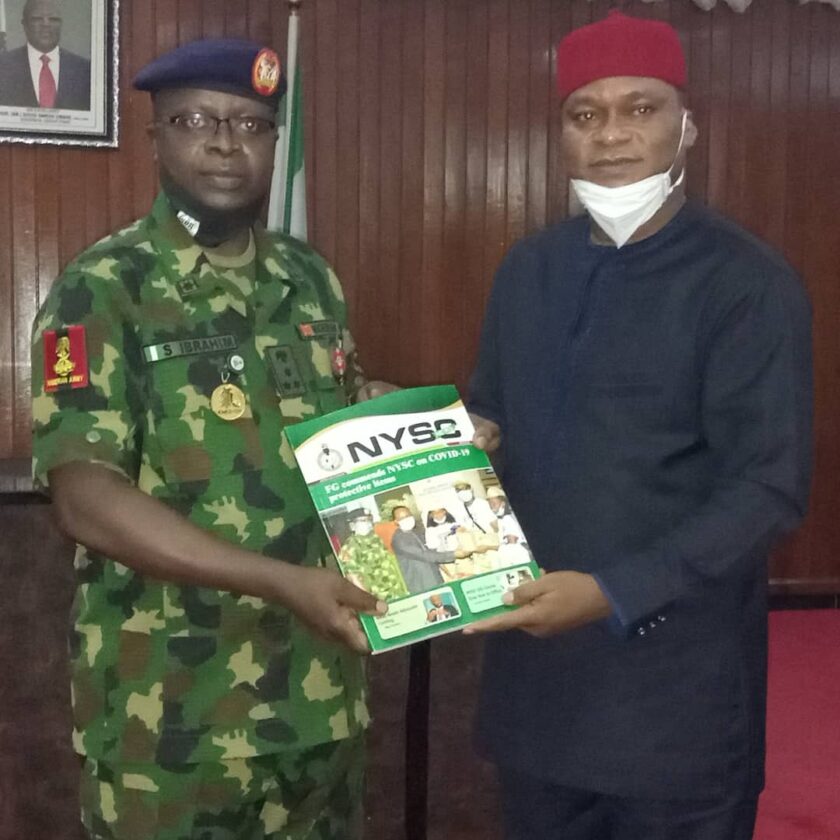 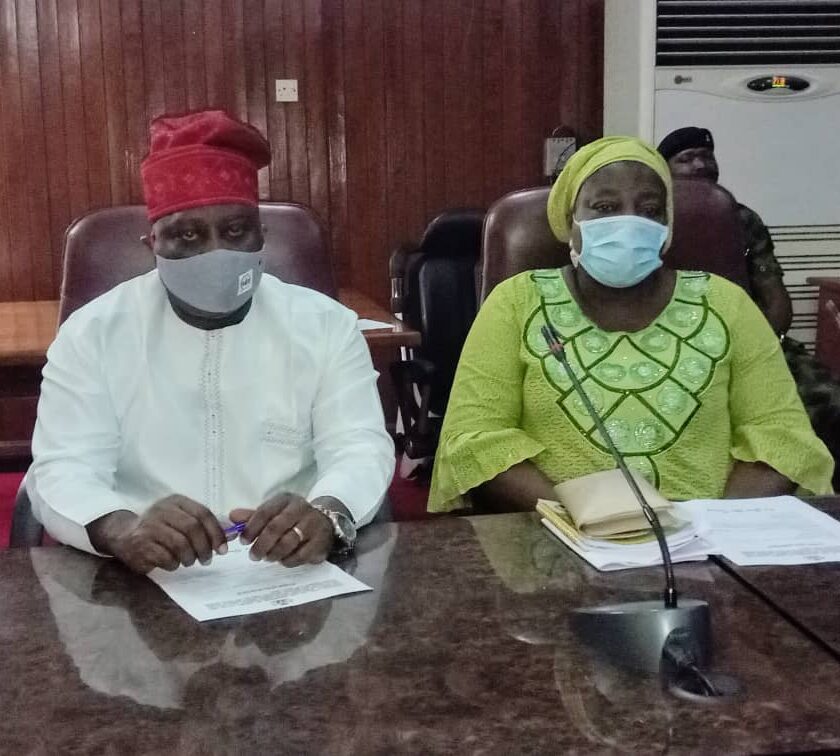 The Governor made the remarks today at the Government House in Abakaliki when the NYSC Director-General, Brigadier General Ibrahim Shuaibu Ibrahim, paid him a courtesy visit.
Umahi, who was represented by his Deputy, lgwe Kelechi Eric, said the renovation of the NYSC Orientation Camp in Afikpo was borne out of the State Government’s commitment to providing conducive environment for Corps members deployed to the State. 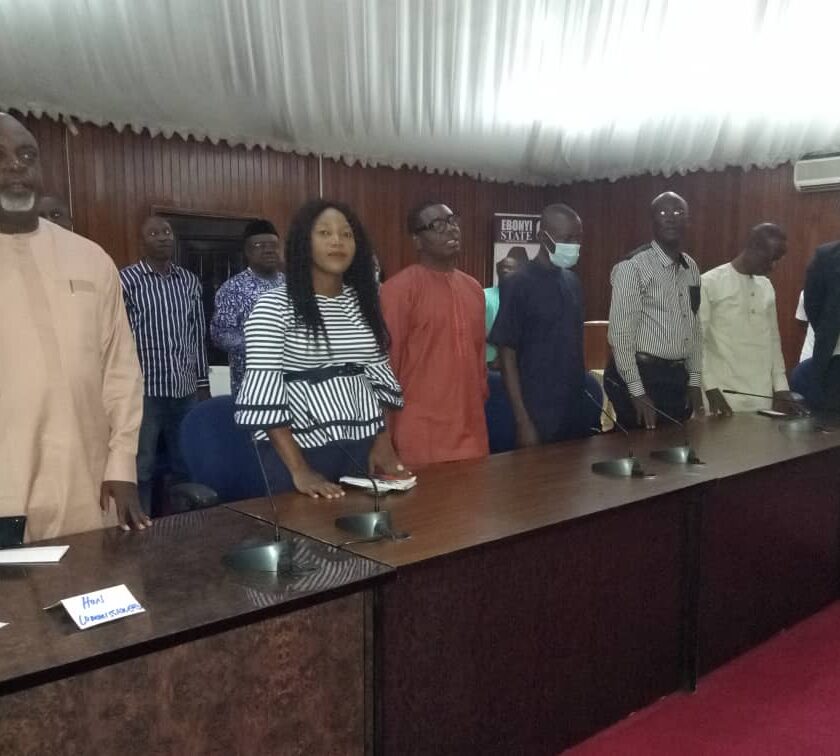 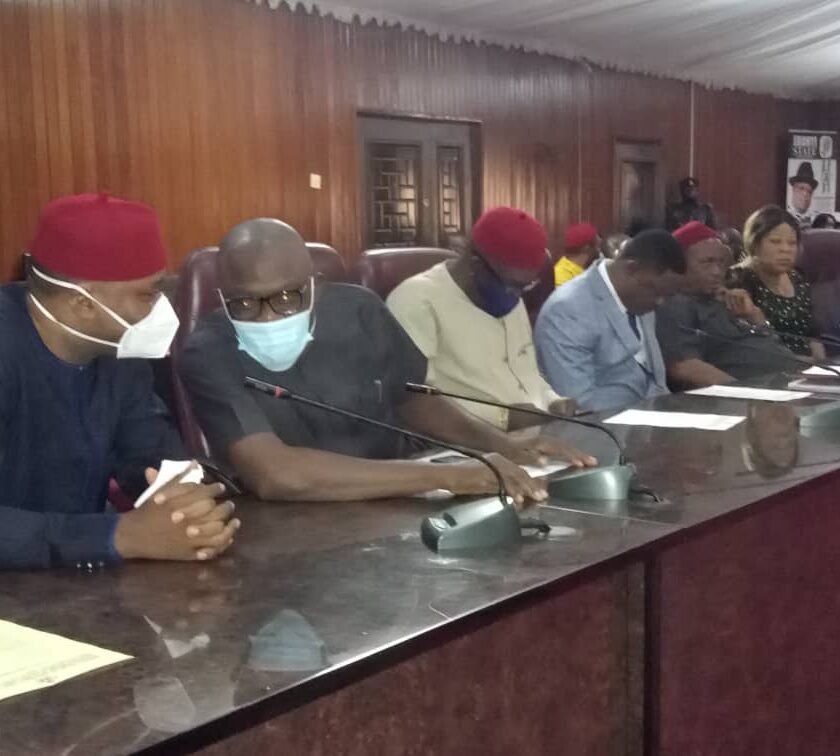 He praised the Director-General for the feats being achieved by the Scheme since his assumption of duty.
“Under your watch as the DG, threats against the Scheme are giving way and it is still achieving the purpose of its existence”, he said.
Governor Umahi while advocating the continued protection of Corps members promised the readiness of the State Government to provide all the necessary support for the NYSC.
He assured that the Director-General’s request for the return of the NYSC farmland at Ezillo to the Scheme would be looked into.
Speaking earlier, NYSC Director-General, Brigadier General Shuaibu Ibrahim thanked the State Government for demonstration of support for the Scheme.
He noted that gestures such as increase in the monthly stipend of Corps Members from five to ten thousand naira; provision of a Permanent Orientation Camp; provision of utility vehicles; cash donation to State Award Winners and the provision of a befitting office accommodation among others, were enhancing the success of the Scheme.
While urging for more support from the administration, Ibrahim assured that Corps Members would continue to do their best in the service of the state and the entire nation.
“NYSC will continue to support the Government in its efforts to improve the living standard of residents of the state,” Ibrahim said.
The Director-General appealed to the Governor to approve the release of the farmland allocated to NYSC at Ezillo by the Government of the old Anambra State but retaken for temporary usage by the present administration in Ebonyi State.
He explained that the Scheme wanted to return to its Ezillo land for resumption of rice farming, pointed out that it had reinvigorated the operations of its other farms across the country to complement the Federal Government’s efforts to steer Nigeria towards self-sufficiency in food production.