Brazil a leading country in livestock management has pledged her readiness to improving the animal husbandry subsector in Niger State.

The Ambassador of Brazil, Mr. Ricardo Guerra de Araujo disclosed this in Abuja when he received in audience, Governor Abubakar Sani Bello at the Brazillian Embassy, Wednesday.

Mr. Araujo who noted that Brazil and Nigeria have a high bilateral understanding on joint mechanized agricultural, described the presentation by the Niger State team as promising. 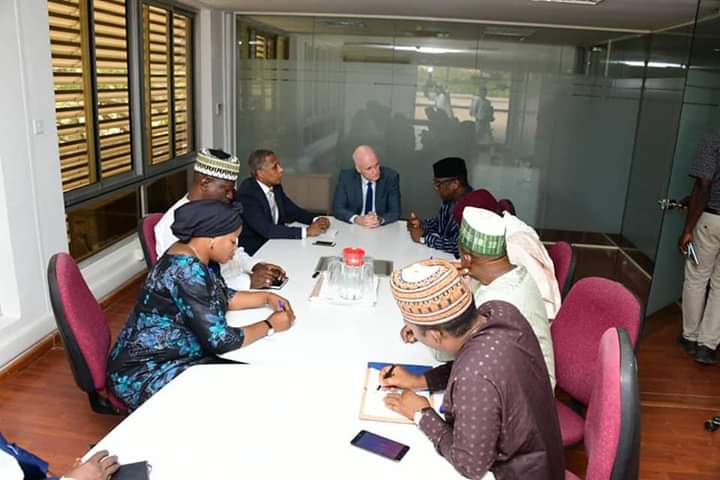 He assured the State Government of every technical support required, adding that it was high time the State explored the opportunity to transform the subsector.

Governor Abubakar Sani Bello had hinted the Ambassador the aim of his visit which was to seek expert support in improving the livestock subsector of the State’s Agriculture sector.

He assured his host of  an enabling environment for the business to thrive as others have keyed into supporting the grazing reserve establishment in the State.

It is noteworthy that Niger State government has about 12 grazing reserves but having only a few gazetted.

While moves are underway to gazette the remaining ones,development of the Bobi Grazing Reserve has commenced and improved foliage from Brazil have been imported, with some foreign companies already participating.

The Central Bank of Nigeria, CBN is a major Partner in the development of the Bobi Grazing Reserve.

Niger State delegation to the Brazilian Embassy included the Commissioner of Livestock Development,  Haruna Dukku, the permanent secretary of the ministry,  Jonathan Wassa and the Consultant, Bobi Grazing Reserve, Alhaji Abbas Tafida, the Emir of Muri in Taraba State.