Niger state Governor, Abubakar Sani Bello has called for synergy between the Northern Governors  Forum(NGF) and the Arewa Consultative Forum (ACF)as part of efforts to provide a lasting solution to the challenges faced in the Northern part of the country.

Speaking when he received the committee on the forum’s 20th anniversary in his office, Governor Sani Bello said  “the time has come for the ACF and Northern Governors to work together including the traditional rulers to address the major challenges of insecurity, education, primary healthcare among other issues in the North keeping aside religious, tribal and political differences.

“I have had a series of meetings with the Plateau State Governor who is also the Chairman, Northern Governors Forum  with regards to how best the  synergy between Northern Governors Forum and the Arewa Consultative Forum will be implemented. This has become absolutely necessary in view of the fact that we are faced with so many challenges that require  collective effort to tackle .”

“We are running out of time and unless something drastically is  done I am afraid that in  no distant time we have serious problems”.

“The earlier we come up with a robust solution the better. He added.

The governor who said addressing the challenges faced by the North will remedy the economic downturn faced by the country, explained that the adoption of approaches used in the days of old may be the way out as the digital era has worsened the situation. 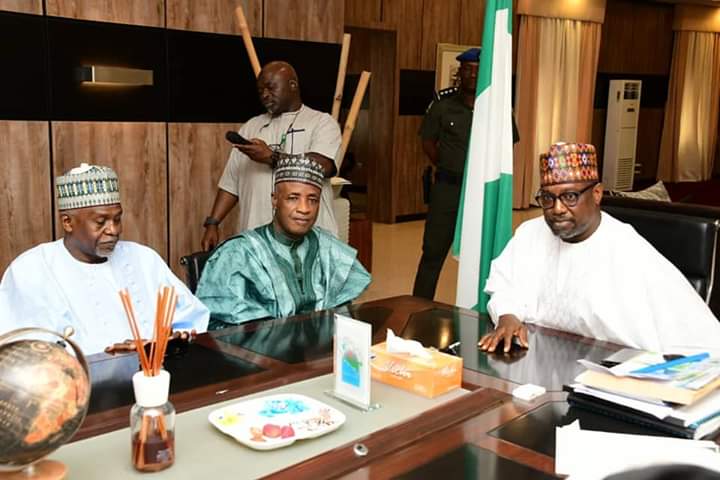 Earlier, the Chairman of the Committee, Alhaji Aliyu Magartakada Wamako who led the members to Government House said their visit was in preparation of the forum’s forthcoming 20th anniversary which he said is slated  for March this year.

He said they were going round  the northern states to ensure that stakeholders come together to work towards restoring the lost glory of the region especially in the areas of security, education, youth empowerment and  agriculture among others.