Skip to content
You are here
Spread the love
As the fight against banditry and kidnappings receive a boost, the Nigerian Army is to establish a special camp around the troubled areas confronted with insecurity in Niger State .
Governor Abubakar Sani Bello disclosed this when he went on a progress assessment tour of the special Army super camp 4 operation Sahel sanity, in Faskari, Katsina State along with his Kaduna State counterpart, Mallam Nasir Ahmed El-rufai. 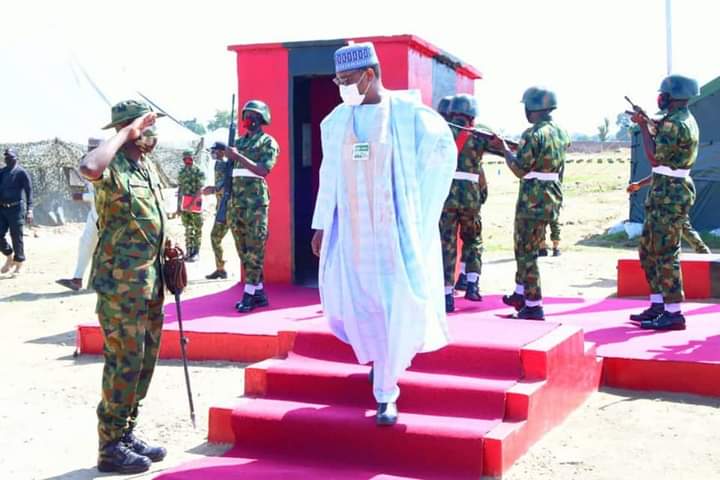 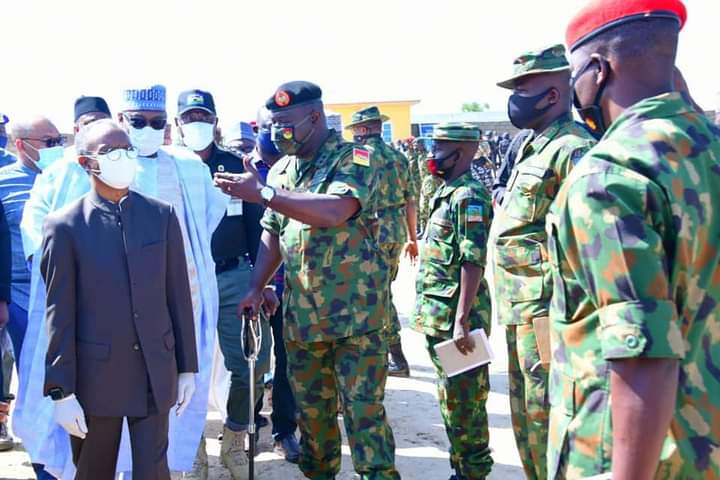 The Governors were received by the Chief of Army Staff, Lieutenant General Tukur Yusuf Buratai.
The Special Army Camp 4, which is an Army operation, code named”Sahel Sanity” was recently established to deal with security issues in the North-Western States and Niger State in the North-Central region.
Governor Sani Bello stated that forests in Niger State share boundaries with North Western states and as a result, have suffered similar fate hence the need for such special Camp on which he is optimistic will bring an end to the security challenges in the region.
” I am also made to understand that more camps are coming up, one in Niger State which I believe will go a long way towards addressing these challenges”, he said.
The Governor assured that with such camps in place, the environment will be secured and safe for the inhabitants, thereby making life and farming activities return to normal as those mostly affected are rural dwellers.
Following the briefs they received so far on the successes recorded by the Super Camp 4, the Governor said it has boosted the confidence of the people in the area as reflected in the agricultural activities going on in the areas.
Both Governors then commended President Muhammadu Buhari for the initiative of setting up the special camps and also applauded the efforts of the Chief of Army Staff, officers and men of the Nigeria Army for their resilience in bringing succour to the local communities.
The Governors however reaffirmed their belief that the military will win over the criminal elements.
The Governors also condoled with the Army and families of those who lost their lives in the fight to restore safety of the people in the country.