The Namibian High Commissioner in Nigeria, Humphrey Geiseb has stated there was no Nigeria in Namibian prison , just as he announced that Diaspora voting will take place all around the world tomorrow as Namibians go to the polls to elect a new President and parliamentarians. 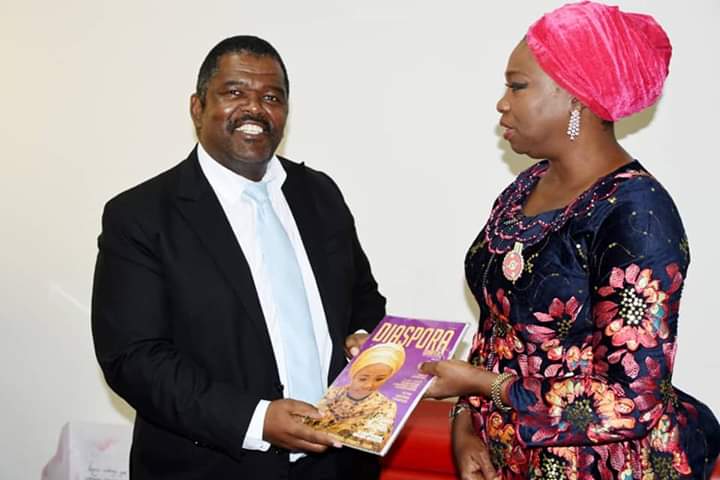 Geiseb stated that Namibians living in Nigeria will join other Namibians, all over the world on Wednesday to participate in diaspora voting for both Parliamentary and National Elections holding on November 13 and 27, respectively.

He recalled that Namibia started diaspora voting since the early 2000s till date having amended its electoral laws to accommodate it.

Geiseb said that the relationship between Nigeria and Namibia dated back to the 70’s when Nigeria contributed to the fight for Namibia’s independence.

Since then, numerous efforts have been made in cementing the relationship between Nigeria and Namibia.

“I am happy to inform you that there is no Nigerian in Namibian prisons, and none has been harassed, as they are all well behaved and hardworking. They are doing well in various endeavours academia, business and many others”, he said.

The Envoy said that the political party system policy, in his homeland, was gender-friendly, noting that the Namibian political parties practise what he called the “50-50 or Zebra system”, which allows equal representation of women in politics.

He sought for a partnership with NIDCOM on ways of effectively aligning Namibians and its  Diasporas with NIDCOM initiatives especially in the areas of trade and investment.

Responding,Hon.Dabiri-Erewa urged the National Assembly to make the Diaspora Voting in Nigeria, a reality by expediting action on the amendment to the Electoral Act in Nigeria .

She congratulated Namibia on its diaspora voting,gender equality and being a friendly country to Nigerians in the Diaspora.

The NIDCOM boss was equally happy that Nigerians in Namibia were making the country proud by being good ambassadors.