The Director-General, Brigadier General Shuaibu Ibrahim has added another feather to his cap as he bagged a Merit Award conferred by the Afo Community Development Forum Keffi, Nasarawa State.

The organizers said Ibrahim was recognised for his contributions to National Integration, cohesion, patriotism and quality leadership.

Twenty-One other illustrious Afo sons and daughters were also conferred with Awards at the ceremony. 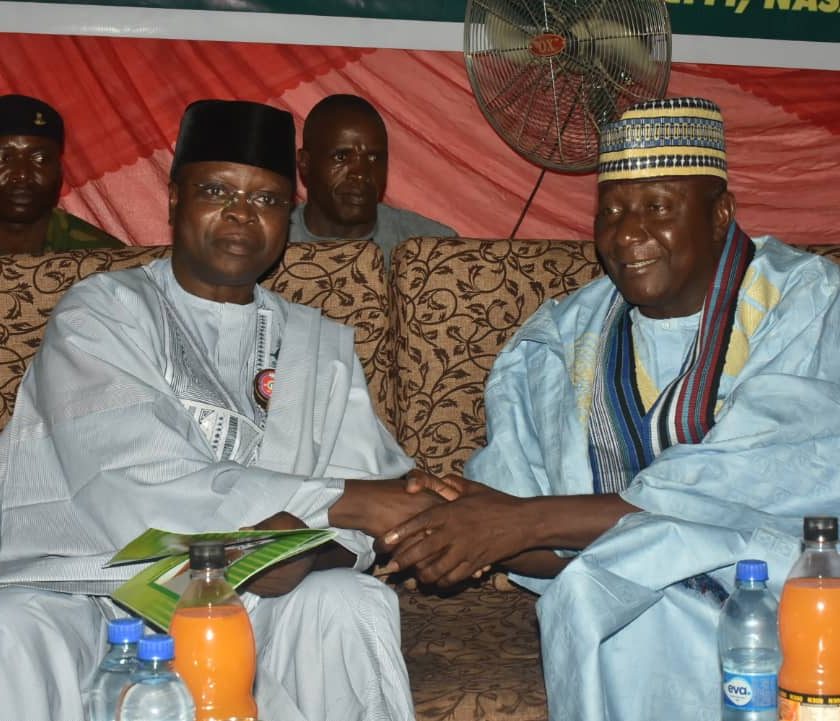 In a welcome address, the Chairman of the Planning Committee, Mr Joel Olugbo said the Awardees were honoured in recognition of their contributions to the progress of Afo Community.

In his address, the Chairman of the ocassion and Emir of Nasarawa, Alhaji Ibrahim Usman Jibril commended the organizers for honouring the Awardees, noted that the event had further demonstrated the spirit of oneness among the Afo people. He enjoined them to remain united for the overall development of the area.

He also called for concerted efforts, especially by the prominent indigenes of the area, to address issues of security and poor condition of roads in some of the communities, which have implications for agricultural development.

The Emir used the ocassion to extol the virtues of Brigadier General Shuaibu Ibrahim stated that he remained a source of pride to the people of the State due to his accomplishments and selfless service.

Speaking later in an interview, the NYSC Director-General, Brig.Gen.Shuaibu Ibrahim said he felt elated by the Award and thanked the organizers for considering him worthy of recognition.

He said the Award would spur him to contribute more to the promotion of peace, unity and development not only in Afo Community and his home State of Nasarawa, but also the entire nation.