The Director-General of the National Youth Service Corps, Shuaibu Ibrahim has been decorated with the new rank of Major General. 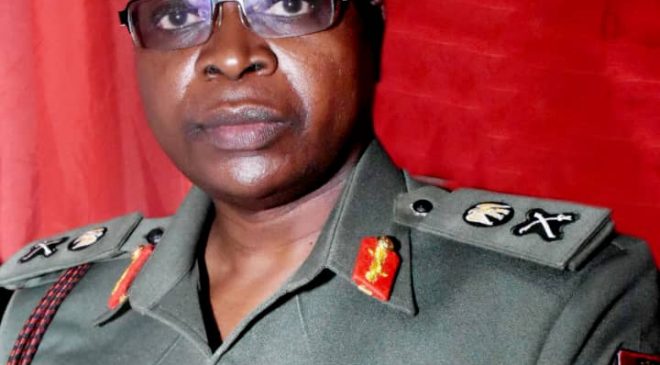 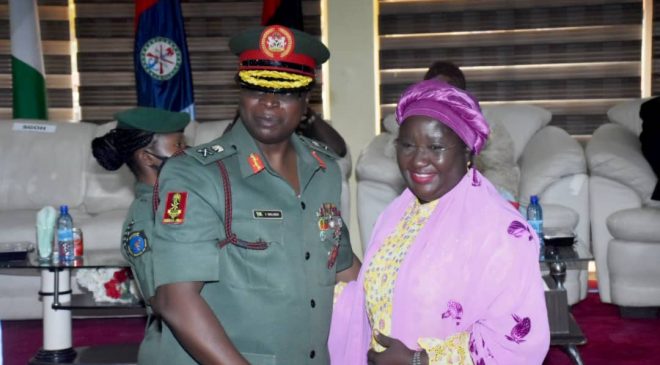 The decoration was performed in Abuja today by the Minister of Defence,
Major General Bashir Magashi (Rtd) who was joined by DG’s wife, Mrs Martina Ibrahim.

The tenure of Major General Shuaibu Ibrahim as Director-General of the 48th year old Scheme has witnessed national recognition and tremendous achievements such as robust welfare package for Corps Members, increased capacity building for Staff, expansion of the Skill Acquisition and Entrepreneurship Development Programme, strengthened synergy with stakeholders for improved productivity, utilization of Corps potentials for optimal benefits, resuscitation of NYSC Farms, establishment of NYSC Museum, establishment of NYSC National Troupe, unveiling of nine books on the Scheme, among others.

At a reception organised for the Director-General by his family and friends, Major General Ibrahim thanked President Muhammadu Buhari for finding him worthy to be appointed NYSC Director-General which brought out the potentials in him.

NYSC DG also expressed his appreciation to the Defence Minister, as well as the Chief of Army Staff for the elevation.