Skip to content
You are here
Spread the love
Corps Members have been advised to embrace the dignity of labour while striving towards self-employment.
The Director-General, Brigadier General Shuaibu Ibrahim, gave this advice today in his address to the 2020 Batch ‘B’ Stream IA Corps Members at the Orientation Camps in Sokoto and Kebbi States. 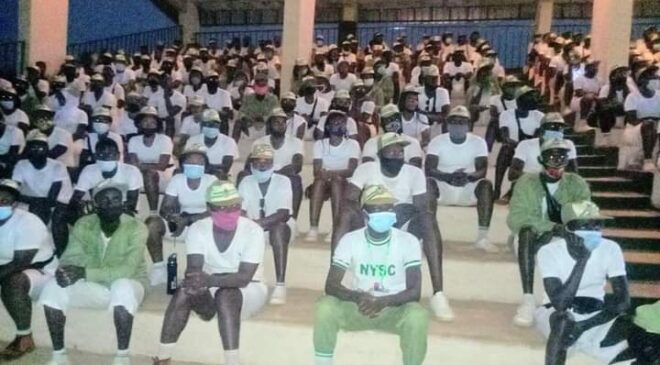 He urged them to acquire skills that would make them wealth creators instead of seeking for scarce salaried jobs.
“Don’t wait for white collar jobs. Respect the dignity of labour, be focused and be committed. Discover your talents and work towards harnessing them and the sky will be your limit”, he said.
While educating the Corps Members on the four Cardinal Programmes of the NYSC, Ibrahim admonished them to be patriotic and always be of good conduct adding; “As future leaders, you must be exemplary in your conduct.”
The DG urged them to shun religious intolerance and ethnic bigotry, and instead be in the vanguad for the promotion of national unity and integration.
He also advised corps members to be security conscious, avoid social vices and any act capable of jeopardizing their future.
Before leaving Sokoto State, the Director-General visited Corps Member Eurotor Rita Kefe, who is receiving treatment at the State Orthopaedic Hospital, Wamakko, following injuries sustained in a road accident.