The partnership between National Youth Service Corps and Hall 7 Project, a private estate developer company has been rejigged to yield greater results.

This followed a discussion between the NYSC Director-General, Brigadier General Shuaibu Ibrahim and the Chief Executive Officer of Hall 7 Project, Mr. Olayinka Braimoh in Abuja. 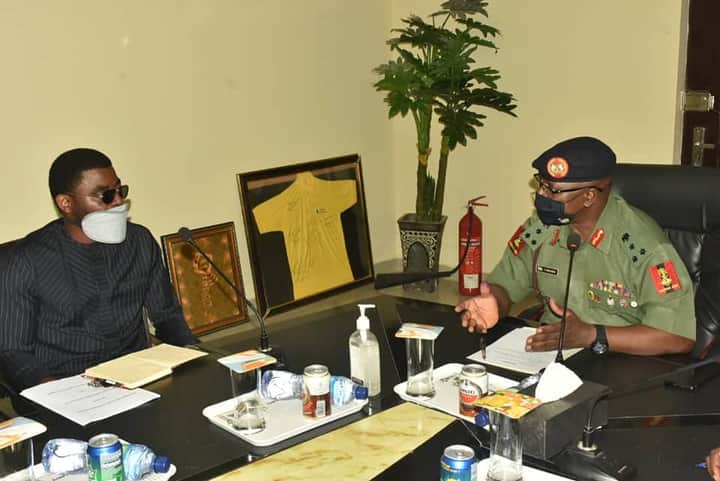 General lbrahim, while hosting the Chief Executive Officer of Hall 7 Project, under the Olayinka Braimoh Initiative in his office in Abuja today, lamented the scarcity of white collar jobs in the country which has made skill acquisition very compelling.

He added that the NYSC Scheme would continue to strive towards empowering Corps Members for job creation. 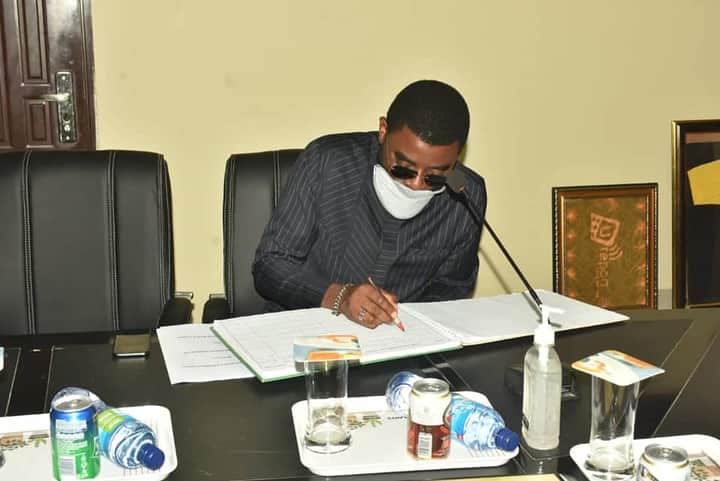 “Jobs are not available like before and COVID-19 has also brought serious economic meltdown.”

“We are ready for your collaboration that would bring tremendous benefit to our Corps Members and other youths in the country”, the DG said.

The Director-General had earlier paid a visit to the CEO of Hall 7 Project in order to revisit an agreement earlier reached by the two entities in respect of the construction of a skills acquisition centre at Ezi Community, Delta State.

Ibrahim further stated that the expansion of the NYSC’s skills acquisition programme was one of the five policy thrusts of his administration which underscored the vigour with which he pursued it.

He therefore welcomed the plan by Hall 7 to erect, furnish and donate an ultra-modern skills acquisition centre for the training of Corps Members and other youths.

Braimoh revealed that his company and NYSC had already signed a Memorandum of Understanding on the issue at hand, stated that a curriculum for the various skill sets had already been developed, awaiting NYSC’s approval for work to begin; and expressed delight at the Director-General’s passion for the project to come to fruition.

Speaking further, he said that the inspiration behind the philanthropic gesture was his desire to give back to the society, for the benefit of mankind.

He commended the NYSC for its unwavering commitment to youth empowerment over the years through skills acquisition and entrepreneurship development training for Corps Members.

“We will support the NYSC Skill Acquisition and also ensure the sustainability of the project”. Mr Braimoh stated.