Aspirants that participated in the just concluded primary election of the All Progressives Congress (APC) for Ondo Governorship election have lauded Governor Yahaya Bello and members of his committee for conducting a credible, peaceful and transparent exercise.

The primary election which held in Akure on Monday, July 20, saw the emergence of the incumbent Governor Rotimi Akerodolu as the flag bearer of the ruling party. 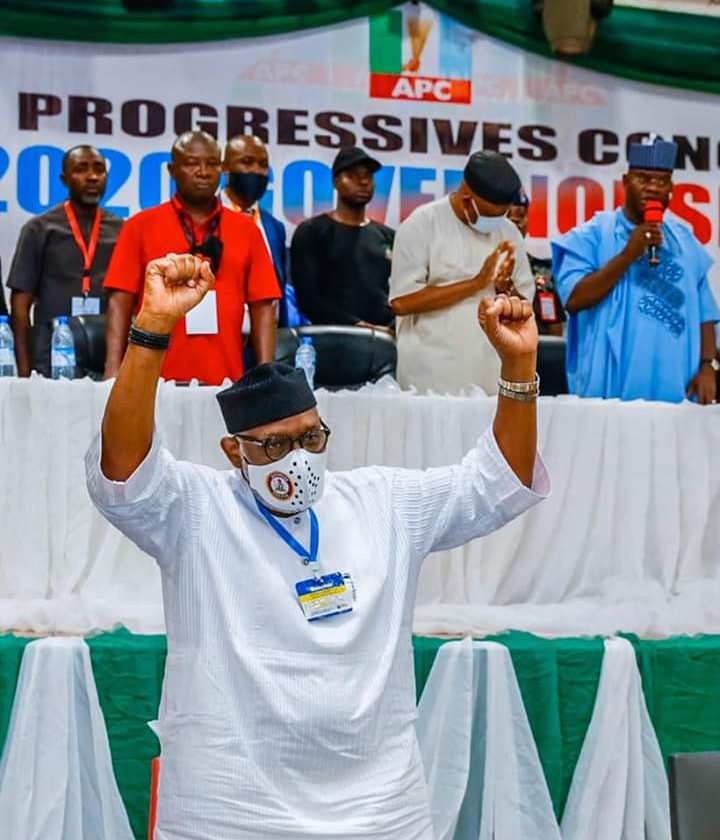 The Ondo State All Progressives Congress Aspirants’ Forum (APC’AF) on Tuesday commended the party for organising a hitch-free governorship primary in the state.

The Forum’s Coordinator in the state, retired Commander Tunde Giwa-Daramola, in a statement in Akure congratulated Gov. Rotimi Akeredolu on his victory at the primary while commending the chairman of the election committee, Governor Yahaya Bello and his committee members for a peaceful conduct of the election.

Also speaking, one of the aspirants in the election, Olusola Iji said the Bello-led election committee did great job for conducting “a very peaceful, transparent and credible primary”.

He commended Governor Bello for his intervention and wisdom he brought in managing the differences among the aspirants on the eve of the election.

“I want to thank you for your patience and understanding; when we first met on Sunday, I told you about some logistics problem in terms of accreditation and you were open to suggestions.

“What you did yesterday, I won’t say it’s perfect but I don’t think any of us could fault it.

“I want to say congratulations for a successful primary. I had my reservation before the primary but your committee cleared the air; what I saw as regards the participation, I want to say I am satisfied.

“When I saw the whole process and the way it was going, I had to meet His Excellency to congratulate him and didn’t wait until the end.

“I am happy and I have taken away all these lectures and lessons because we learn every day. I can assure you I am going to be part of the process and we are going to win by God’s grace”, he said.

Earlier, Governor Bello urged Chief Olusola and other aspirants to join hands with the party’s candidate to win the general election.

It would be recalled that Governor Yahaya Bello had earlier assured all stakeholders of the All Progressives Congress (APC) of a credible governorship primary election in Ondo State that will reflect the ideals of the party.