Skip to content
You are here
Spread the love
The National Youth Service Corps has declared its readiness to partner National Agricultural Land Development Authority(NALDA)in its effort of achieving food security in Nigeria.
The NYSC Director-General, Brig.Gen.Shuaibu Ibrahim stated this in his office in Abuja when the Executive Secretary of NALDA, Prince Paul Ikonne paid him a courtesy visit. 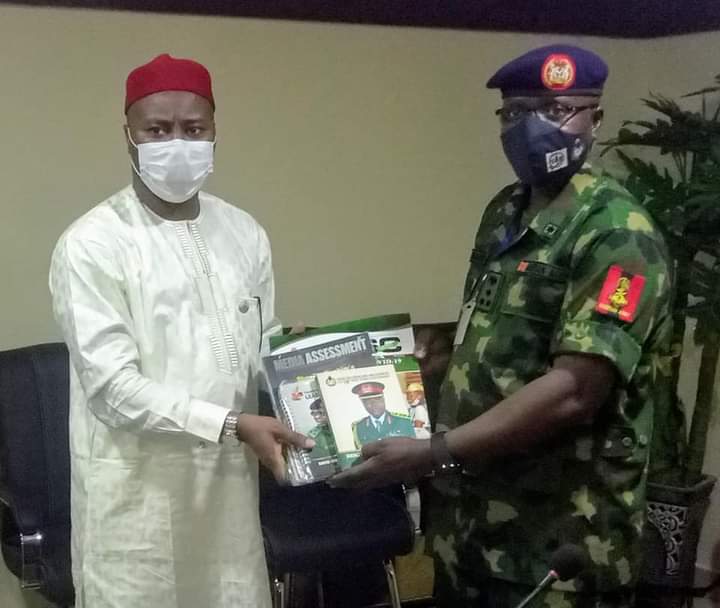 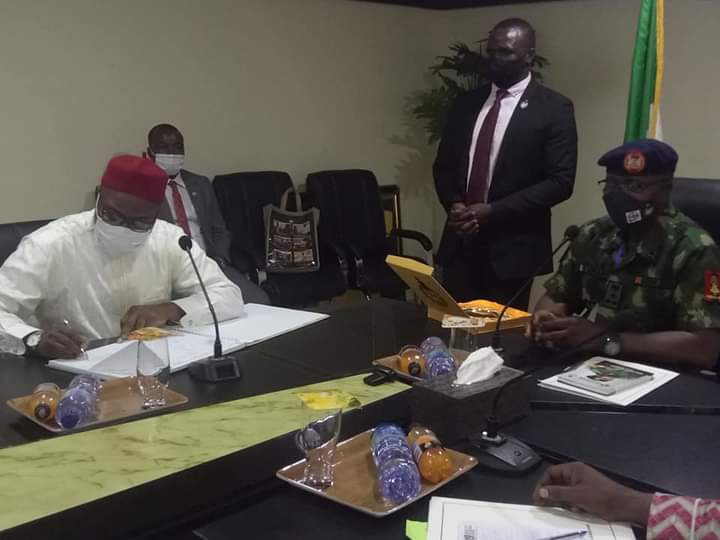 General Ibrahim disclosed that NYSC introduced Skills Acquisition and Entrepreneurship Development Programme into its Orientation Course content in 2012 as a way of empowering the youths with skills and instilling in them entrepreneurial spirit in order to gain financial freedom, thus — reducing the rate of unemployment among them.
He added that the Scheme mobilises over 300,000 Corps Members annually, who, while in camp are exposed to the different skills offered by skill programme which make them self reliant, as well as employers of labour.
Gen Ibrahim further disclosed that beyond the impartation of skills to the Corps Members during Orientation programme, they are equally granted credit facilities to start their own businesses, revealed that many of the ex – Corps Members have become employers of labour, running thriving and verifiable businesses today, contributing immensely to the country’s GDP.
The NYSC Chief Executive used the forum to appeal to State Governors to allocate lands to the NYSC for agriculture which remains germane to the nation’s economic diversification.
“We will cooperate with you because we want to leverage on Agro – business opportunities with relevant stakeholders so as to boost our revenue profile'”, the DG assured the Executive Secretary.
Speaking earlier, the Executive Secretary, Prince Paul Ikonne said the agency is seeking partnership with the NYSC towards the implementation of Federal Government’s agenda to ensure food security and diversify the national economy.
He described the NYSC as a veritable platform to harness the skills of Corps Members for national development, added that NALDA has designed a programme, titled; “National Young Famers Scheme”, which would avail Corps Members of the opportunity to be actively engaged in agricultural training in a conducive environment with the necessary incentives.
The Executive Secretary said the value – chain programme would expose Corps Members to modern agricultural practices from land preparation, planting, harvesting, marketing to Agro-
Engineering.
“For Nigeria to achieve food sufficiency, NALDA must play its role and NYSC is the only organisation that has the pool of young men to achieve that purpose”, Ikonne concluded.