Skip to content
You are here
The Northern States’ Governors Forum (NSGF) has condemned, in strong terms, the incessant and wanton destruction of lives and properties in some parts of the country arising from the nationwide EndSARS protest that turned violent.
While acknowledging the constitutional rights of all citizens to express concern even by way of protests, the NSGF at its emergency meeting held in Kaduna, expressed concern over the development and regretted the diabolical dimensions in the form of hooliganism, ethno-religious crisis the protests have turned to. 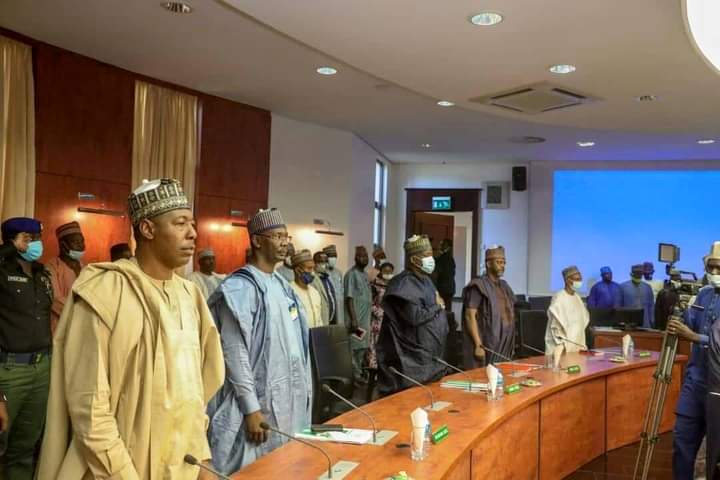 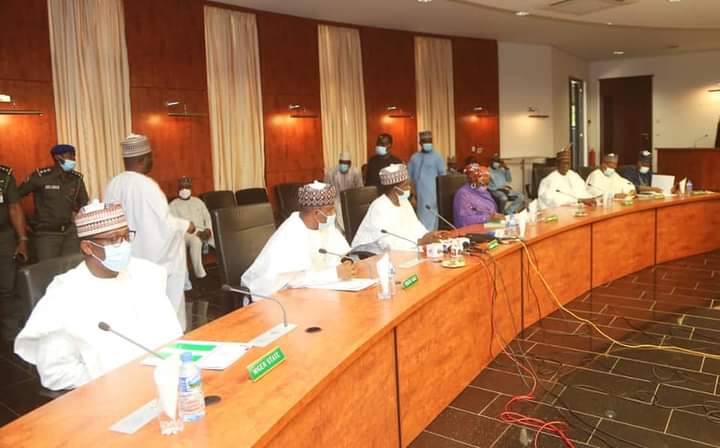 In a communique issued at the end of the meeting, signed by the Chairman of the Forum and Governor of Plateau State , Simon Bako Lalong, the Forum appealed to citizens to restraint themselves from unwarranted disposition of sentiments, harassment and resist intimidation from enemies that are aiming at pulling down the nation.
The Forum noted that the protests have been hijacked by the enemies of the Country who were violently pushing for a regime change outside the ballot box, hence the need to protect Democracy and support Mr. President in the actualization of the necessary reforms in the Country.
The Governors called for comprehensive and wholistic reforms in the Police Force while supporting the necessary initiatives already taken by the Federal Government in that direction.
The Communique also advocated the need for the constitution of a Judicial Commission of Inquiry to investigate all levels of destruction and killings during the EndSARS protests while calling for a greater synergy between the State and Federal Government in strengthening the unity and overall development of the country.
The Forum further reiterated its commitment at exploring areas of reviving the ailing economy of the North with reference to the region’s areas of comparative advantage and also urged the Federal Government to explore the possibility of ending the ASUU strike.
According to the Communique, the Forum is working in synergy with their counterparts in the South-West, South-South and South-East to address the challenges of nationhood headlong to keep the country united and indissoluble.