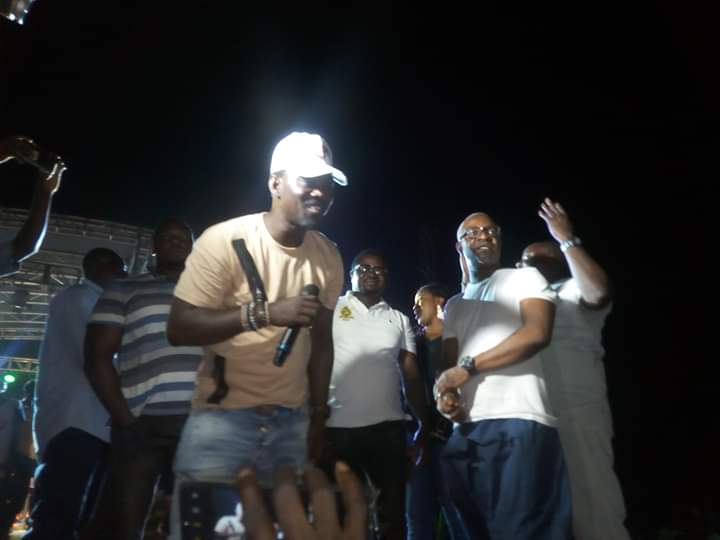 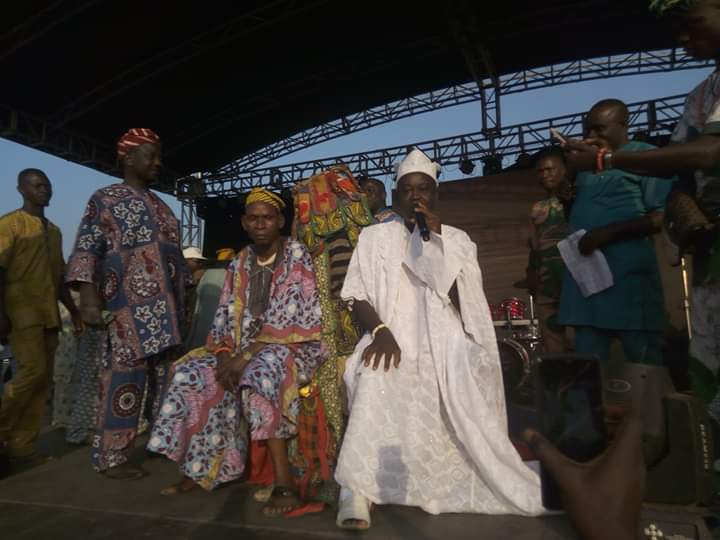 The carnival which is always slated for the end of the year didn’t leave young, old and personalities out. The event is one of the major events that allows the general public to see culture, arts and entertainment to the fullness.

This year’s event was colourful because it involves the fuji star, Alabi Pasuma(Oga Nla) as the guest artiste and the lead act for the iconic carnival. 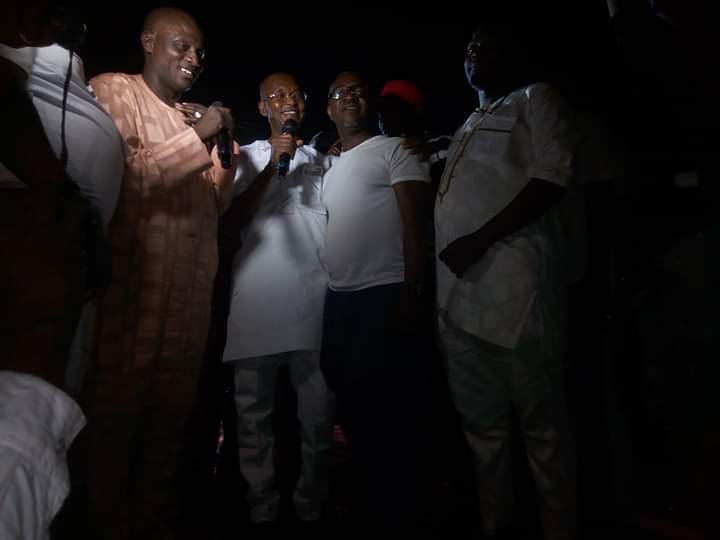 The Ogbomosos are one of the major people in Nigeria known for their large influence in all works of life and of cause ability to display valiancy. The Ogbomosoland in history has produced a couple of Aare Ona Kakanfo of Yorubaland.They are a subset of the larger main Yoruba ethnic group who are dominantly located at the south western part of the country. 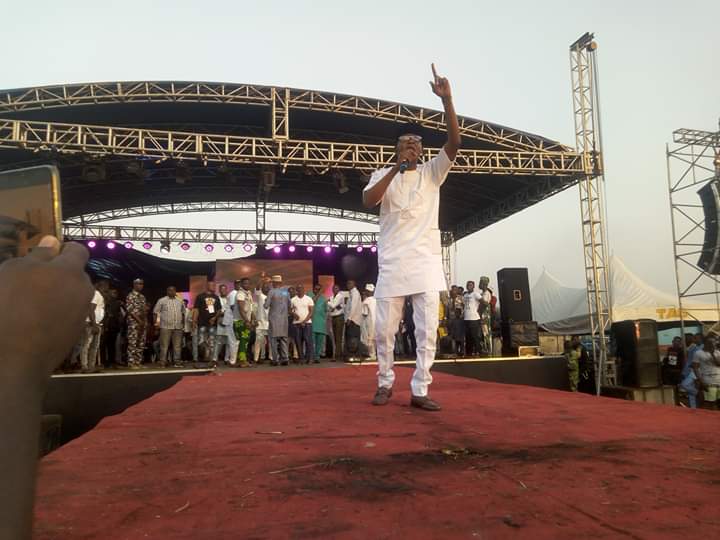 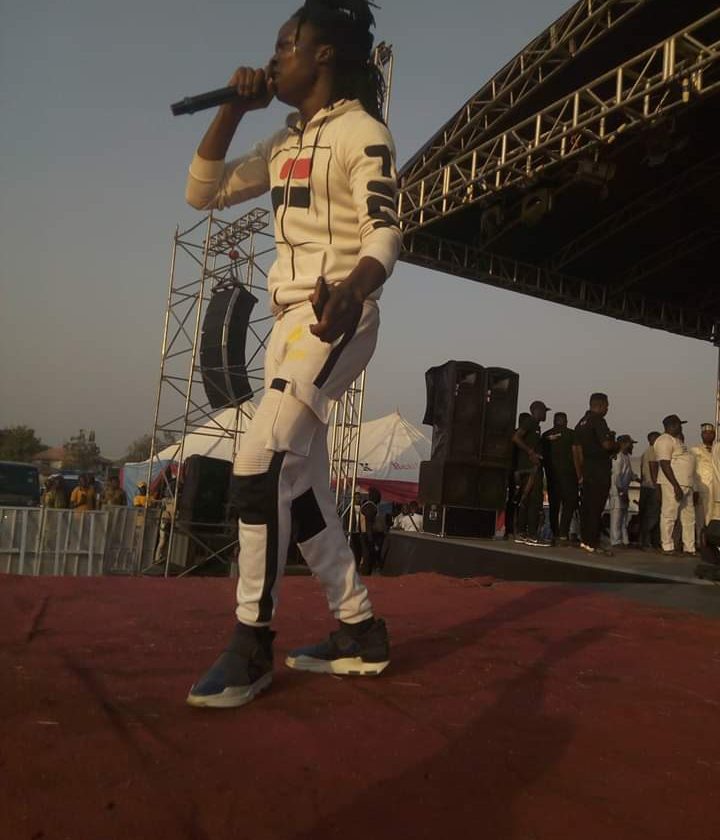 This year carnival, had on stage  as usual Fuji stars of Ogbomoso origin who are household name in Nigeria and beyond. They includes Alhaji Ramoni Akanni (Mr Lecturer, RK1), Alhaji Agara, Alhaji Ragamurphy. All of them added colour to the event,and they thrill the audience. 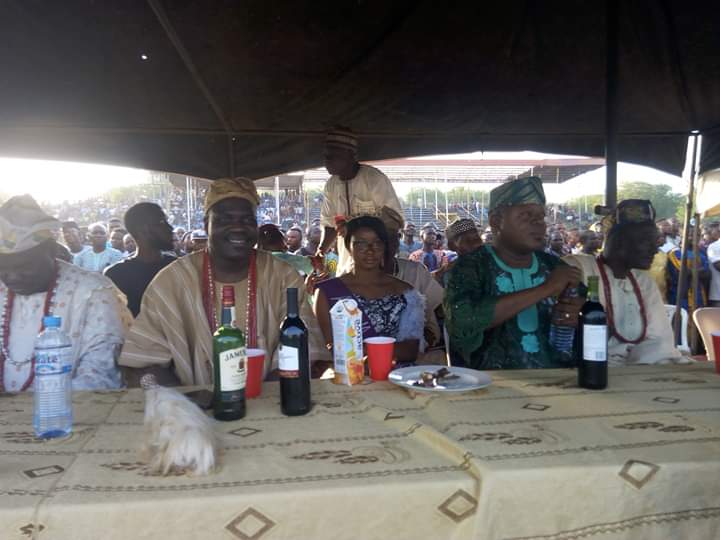 Ajilete Carnival means “The Celebration of Ogbomoso culture and tradition, entertainment, and talents” and is an event which majority of the sons and daughters of the land always look forward to. The major highlights of the event consists of a parade of the major masquerades which includes Danfojura, Danfojura is a special masquerade that can withstand fire put on him without being burnt. Another notable masquerade on displace is Ajomagbodo, Ajomagbodo is also a masquerade that can sit in the air without any assistant.  as well as a Theatrical epic display by the traditional drama group, that show the valiant nature of Ogbomoso in time  past, present, and foresee into the future.

The climax of the event is the performance of the Fuji Maestro, Pasuma Wonder who electrified the stage with is classic Fuji Music to the admiration of the audience and his numerous fans present at the epoch carnival. The veteran actor, Yemi Solade was also available to add colour to the event with his great “gbe body ” dance steps.

Upcoming artists are not left out of the event as they were given the platform to showcase their talents and to gain approval and recognition.

Speaking, the Chairman of Ajilete carnival concept, Hon Adewole Akinwale popularly known as Wolekanle said the carnival is organized to help the upcoming artists who are raw talent to showcase themselves to the world and become great. He added that there are many promoter at the carnival who are ready to help them maximize their talents and bring them into limelight.

Hon ‘Wolekanle’ also use the medium to announce the arrival of Ogbomoso United Football Club, according to him the club will serve as a fielder team to the crown football club, in order to also develop and nurture the youth of Ogbomoso that are talents in the game of soccer.

The youths  appear in matching attires.  while the rest of them give their salute whichever way they could to the organizers of the program.

The secretary of the carnival, Akin Alabi also stress it they will continued to use  the program to champions youth and Ogbomoso community development.

The royal special guest of Honour, Oba Francis Olusola Alao, Olugbon of Orile-Igbon was also at the event to add royal flavour to the carnival. In addition, politicians, businessman and women and personalities from Ogbomoso grace the program.

This year carnival was remarkable.