Promise they say, is like a baby; easy to make but difficult to deliver. But with Governor Adegboyega Oyetola, the story is different. He has delivered on the promises he made to the people of Ede, country home of his main challenger in the 2018 governorship poll, in less than two years of his assumption of office as Governor of the State.

He was there today, Wednesday, March 11, to inspect ongoing roads rehabilitation/construction in the area. 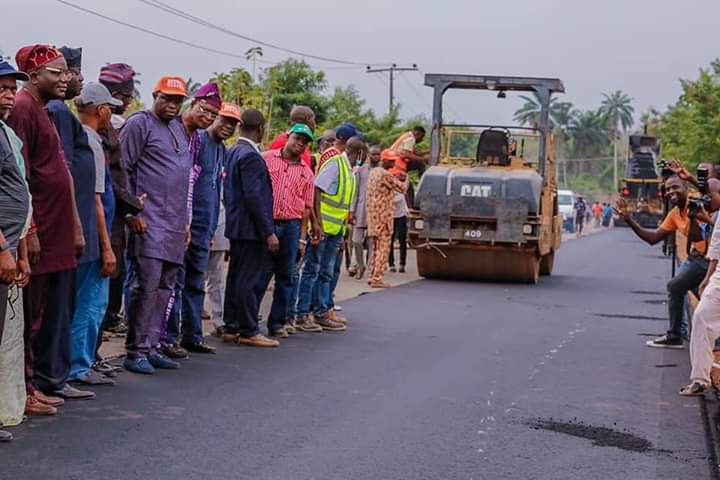 This is surely a sign of good things to come for the people of Ede and its environs. The carnival-like reception accorded him in a town that once chased away contractors sent to work on their roads shortly after the governorship poll, is a clear indication that the people have since retraced their steps.

Oyetola appreciated the rousing welcome he received from the people and assured them that the administration would continue to do its best to improve the quality of infrastructure across the State, in fulfilment of its campaign promises.

He therefore, solicited the continued support of the people of Ede in particular and the state in general for the government, especially that it has been fulfilling its promises.

To my in-laws in Ede, I pray that whenever God’s blessings come knocking at our doors, may God not count us among those who would lock it out.