Skip to content
You are here
Spread the love
The Governor, State of Osun, Adegboyega Oyetola, on Sunday tasked citizens and residents on the need to deal justly with one another as this would help Osun sustain its status as the most peaceful State in Nigeria. 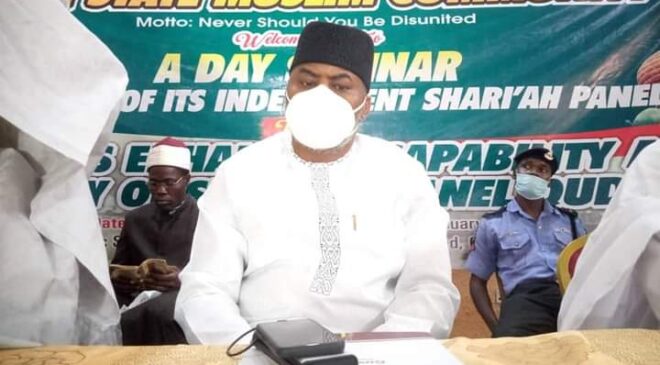 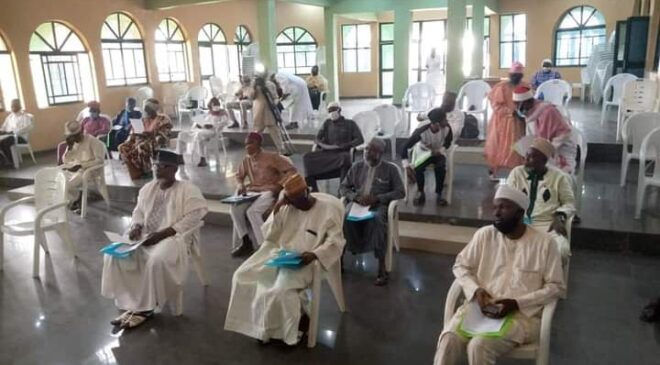 The Governor maintained that peace and security were hundred percent achievable in a society where people deal justly and with fear of God among one another.
Oyetola, who gave this admonition in an address declaring open a one-day seminar for members of the Sharia Panel held at the Muslim Secretariat in Osogbo, lauded the leaders of the Muslim community for cooperating with his administration and for supporting its efforts at sustaining the most peaceful status of the State.
The Governor, who was represented by his Deputy Chief of Staff, Prince Abdullahi Binuyo, also lauded the leadership of the Muslim community in the State for organising the seminar which he described as important as it would serve as a reminder on the need for all, particularly the participants, to adjudicate with fear of Allah.
He said the administration has put measures in place to ensure efficient justice system in the State just as he urged members of the Sharia Panel to join the government in the promotion of justice, fairplay and equal opportunity for all the people in the State.
“As believing Muslims, it is obligatory for us to actively uphold and protect values such as justice and equity. The Holy Quran (16:90) says: ‘God commands justice and fair dealing…’. In this verse, Allah directly commands Muslims to be just and deal fairly. As believers, we must consistently be aware that these values are integral parts of our faith.
“In the same vein, Quran (4:58) says, ‘Indeed, Allah commands you to render trusts to whom they are due and when you judge between people to judge with justice. Excellent is that which Allah instructs you. Indeed, Allah is ever Hearing and Seeing.’ By this, Allah (SWT) reminds us that even if it is against our own parents, we must stand firm in establishing and believing in justice.
“In a society where there is justice, there is bound to be peace. I am happy to see this level of committed and responsible leadership we enjoy within the Muslim Community in the State of Osun.
“The State boasts of highly responsible Muslim leaders who are not only promoting the image of Islam as a religion of peace but also cooperating  with the government and supportive of our administration’s efforts at maintaining the status of Osun as the most peaceful State in the country,” Oyetola added.
In his remarks, the President of the Osun Muslim Community, Alhaji Mustapha Olawuyi, thanked Governor Oyetola for creating an enabling environment for peaceful coexistence among different religious groups which has continued to engender peace and tranquility in the State of Osun.