The Cross River State Command of the Peace Corps of Nigeria in its effort to sensitized the public against the dreadful disease, corona-virus otherwise known as Covid-19 which is currently raining havoc on the entire continents with its ruinous effect on the global economy has joined the campaign on the preventable measures on how to curb the spread of the dreadful disease in the State. 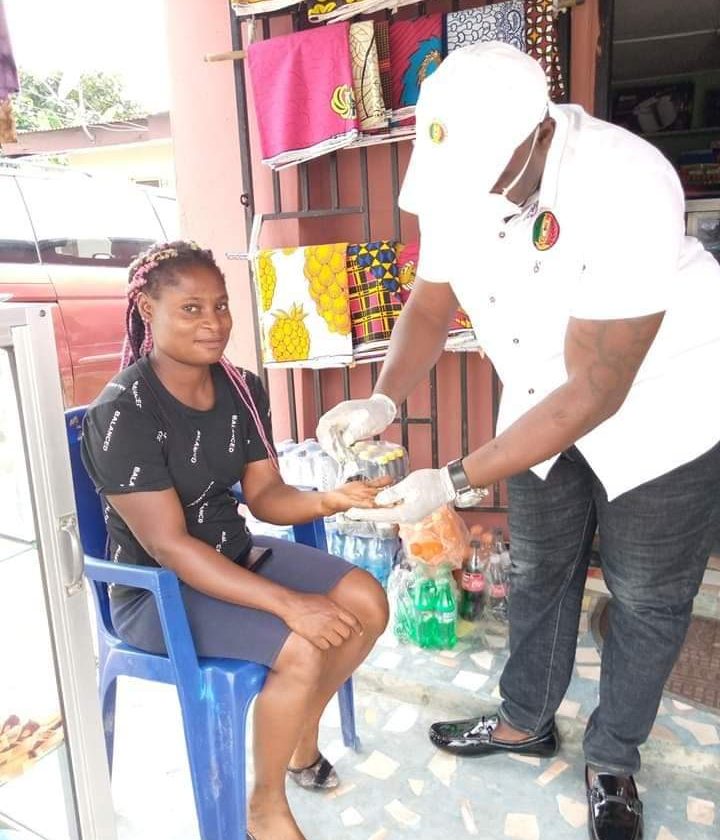 The campaign which was led by the State Commandant of the Corps Patriot (Dr) Okweche Dominic reiterated the commitment of the Corps to come up with the campaign to sensitize the public on how to maintain public safety in line with the guidelines of the ministry of health towards curtailing the spread of the virus.

Dr. Okweche also used the opportunity to appreciate the State Governor Sen. Ben  Ayade for his relentless effort to safeguard the good  people of Cross State by ensuring all hands are on deck to ensure Cross River State is kept safe. 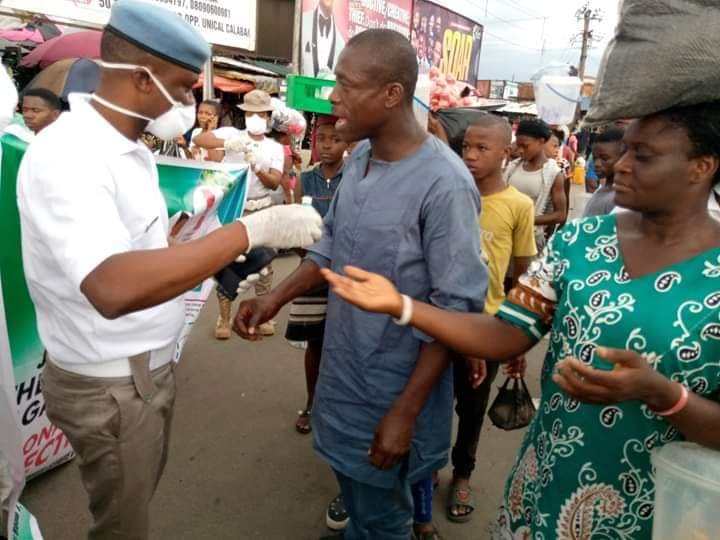 The campaign which started from the Corps State headquarters in federal housing witnessed the State Commandant sharing hand Sanitizers, gloves and nose masks to individuals around Federal Housing which they thanked the Commandant for his kind gesture.

In a separate response, some of the beneficiaries applauded the laudable humanitarian gesture of the Corps noting that the Corps was the only non governmental organization that had come to this length to ease the plight of the masses since the outbreak of the dangerous disease in the world. 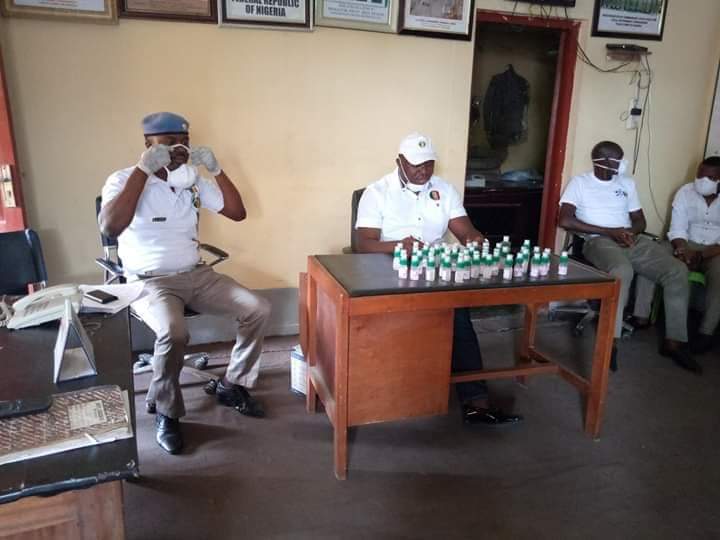 In their appreciation they rendered prayers to the State Commandant and the Corps and wished that God will touch the heart of the President, to assent to the bill and make them government agency for them to do more.

The campaign train moved through major streets in Calabar metropolis along  Murtala Mohammed Highway to the popular and busy Watt market  in Calabar with an inscription on a banner ” JOIN THE FIGHT AGAINST CORONA VIRUS INFECTION”.

The state Commandant of the Corps took time to explained some of the preventable measure on the banner and admonished the public on the need to  regularly used  hand sanitizer, hand glove and nose mask as a  way of maintaining public safety with  a demonstration of proper use of the items to commuters and passer-by.

The campaign came to a close with the distribution of hand gloves, hand sanitizers and nose masks and placement of banners to the admiration of the general public.