Police officers are currently at the national secretariat of the All Progressives Congress (APC) in Abuja.

TheCable observed that at least five patrol vans and an armoured personnel carrier (APC) were stationed around the secretariat.

The officers prevented some persons from going into the APC headquarters.

It is unclear why the police moved to the headquarters of the ruling party hours after a court ordered the suspension of Adams Oshiomhole as national chairman. 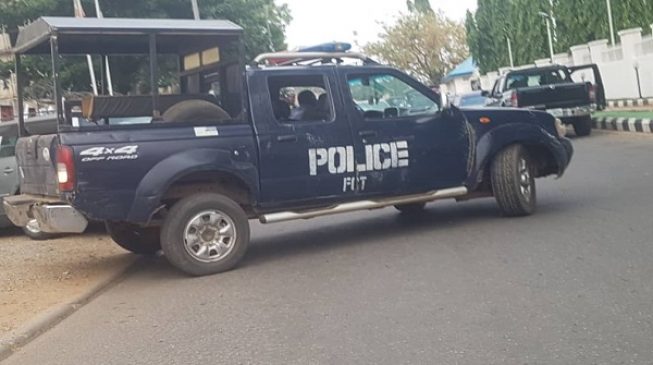 A police van in front of the party headquarters

Danlami Senchi, judge of a federal capital territory (FCT) high court, gave the order on Wednesday following an application of interlocutory injunction filed by one Oluwale Afolabi seeking the removal of Oshiomhole as APC national chairman.

“Oshiomhole will remain suspended pending the determination of the suit”, the judge held.

Senchi also said it was wrong of the APC to have kept Oshiomhole as chairman after he was suspended by his state chapter of the party.

Last November, the Edo chapter of the APC suspended Oshiomhole, who has been at daggers drawn with Godwin Obaseki, governor of the state.

The judge said Oshiomhole should not be granted access to the national secretariat of the party in Abuja.

In his application, Afolabi argued that Oshiomhole did not challenge the decision of the party to suspend him.

The applicant also said Oshiomhole should not enjoy the benefits of a member of the party since he has been suspended.