The Chairman, Nigeria Union of Journalists (NUJ), FCT Council, Comrade Emmanuel Ogbeche has described the press as the pillar on which the current National Dispensation was built.

Ogbeche stated this on Tuesday, 24th May, 2022 while receiving Benue Journalists’ Forum of Nigeria (BJFN) who were on a courtesy visit to the NUJ FCT council 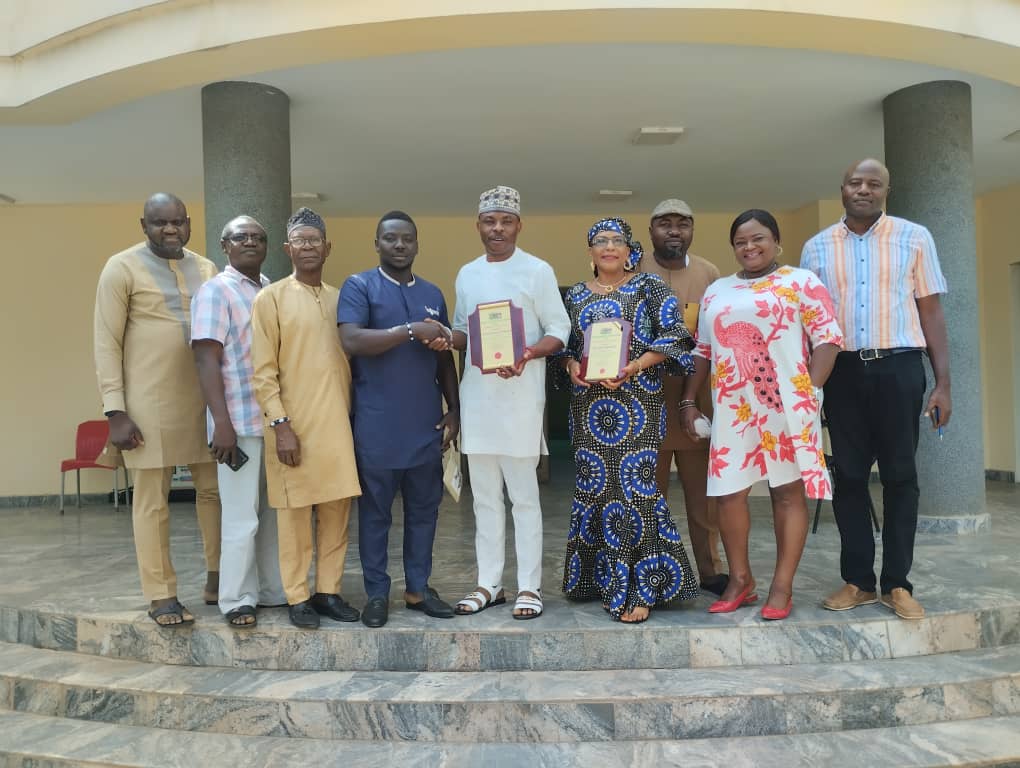 Comrade Ogbeche who noted that the Nigerian Press had come a long way in its struggle for Nigeria’s development recognized the important role being played by the Press, especially members of BJFN in disseminating information on government activities and policies.

He urged members of the BJFN to continue to be objective and not allow themselves to be rubbished by those he described as “enemies of the noble profession of journalism.

This is as he also implored them to integrate all Benue sons and daughters in Journalism into their group for the development of the state.

The NUJ Chairman thanked the BJFN for the honour done him and NAWOJ Chairperson,Annah Daniel I, who is an indigene of the state, stressed that the award was not just for him alone, but for his team.

He dedicated the award to his team at NUJ, maintained that without them, he wouldn’t have achieved anything.

Earlier in his address, the National President of BJFN, Chief Joseph Undu explained that the essence of the visit was to formally introduce the BJFN to NUJ and to familiarize with them and also to honour the Chairman and NAWOJ Chairperson for their outstanding contribution to humanity and excellent professional service in journalism.

“The visit is to familiarize with the NUJ FCT Council and to honour the Chairman, Comrade Emmanuel Ogbeche and the Nigerian Association of Women Journalists (NAWOJ), FCT Chairperson, Annah Daniel I.”He said,

Undu further stated that, the BJFN is a media advocacy group, founded in 2015 in Lagos, noted that, members are drawn from professional media practitioners of Benue state extraction who have voluntarily came together to contribute their quota in the positive development of Nigeria and Benue state in particular, especially in the area of news reportage.

“We have being in the vanguard of advocating peace and peaceful coexistence in the state and are also instrumental to providing intelligent reports to security agents in a bid to finding peace and security in Benue state and Nigeria at large.”

Undu also said that in 2016, BJFN alerted both the Benue state and the Federal Government over the camping of over 400 unknown gunmen in Moon, a community in Kwande LG, but no particular attention was given to that intelligence which led to unprovoked attack on the same area.

He said about two weeks ago Benue state witnessed yet another mass burial of over seven persons massacred by these same gunmen.

“Coming here today to introduce this group to you is a thing of joy to us. We sincerely thank you and the executive of your council for giving us this opportunity.”BJFN added.