Skip to content
You are here
Spread the love
Kwara State Governor, AbdulRahman AbdulRazaq has said the administration would hold consultations with various stakeholders in the state especially in the sports industry as the state is poised to rename a major monument after the late Football legend Rashidi Yekini.
The Governor said the consultations would be followed by him forwarding a bill to the Kwara State House of Assembly to rename a major sports facility — possibly the stadium complex or its main bowl — after Yekini who scored Nigeria’s first World Cup goal in US 94. 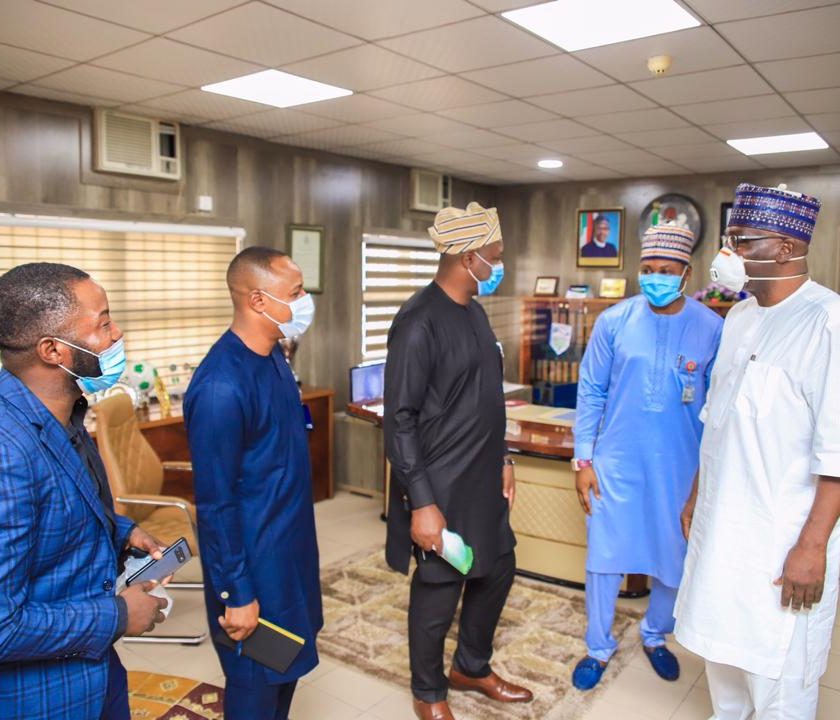 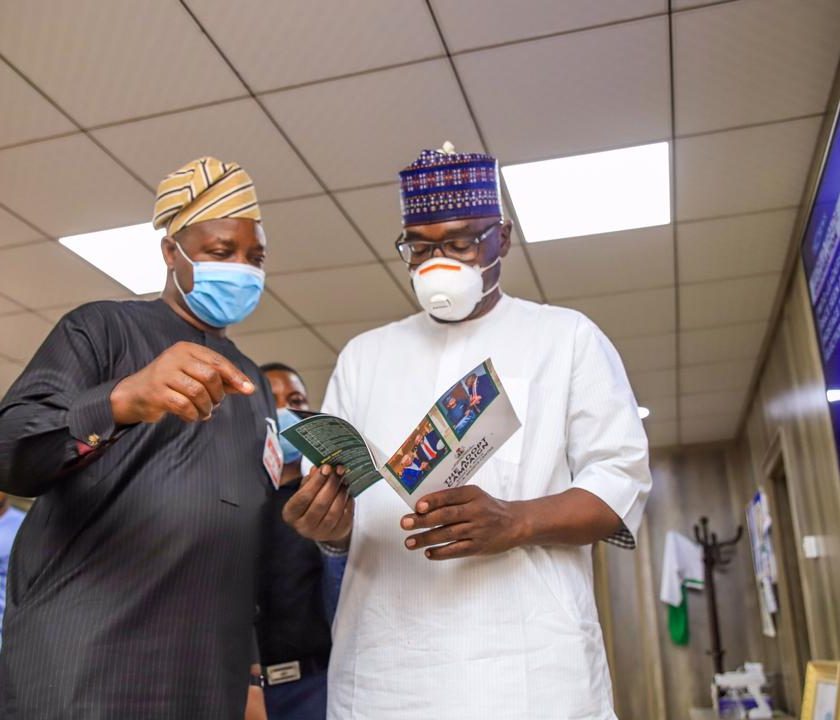 He said the state was also considering renaming some monument after the late George Innih, a former governor of the state who built the Kwara State Stadium Complex, among other major facilities in the state.
The Governor made the comments during a visit to the Minister of Youths and Sports Development ,Sunday Dare in the capital city Abuja on Thursday, during which he reassured sports lovers of the readiness of the administration to immortalise the late football star.
The Sports Ministry in Abuja has repeatedly requested successive Kwara State Governments to immortalise Yekini — a request AbdulRazaq told Dare is now being considered to properly accord the late footballer his right of place in the history of his own native state. 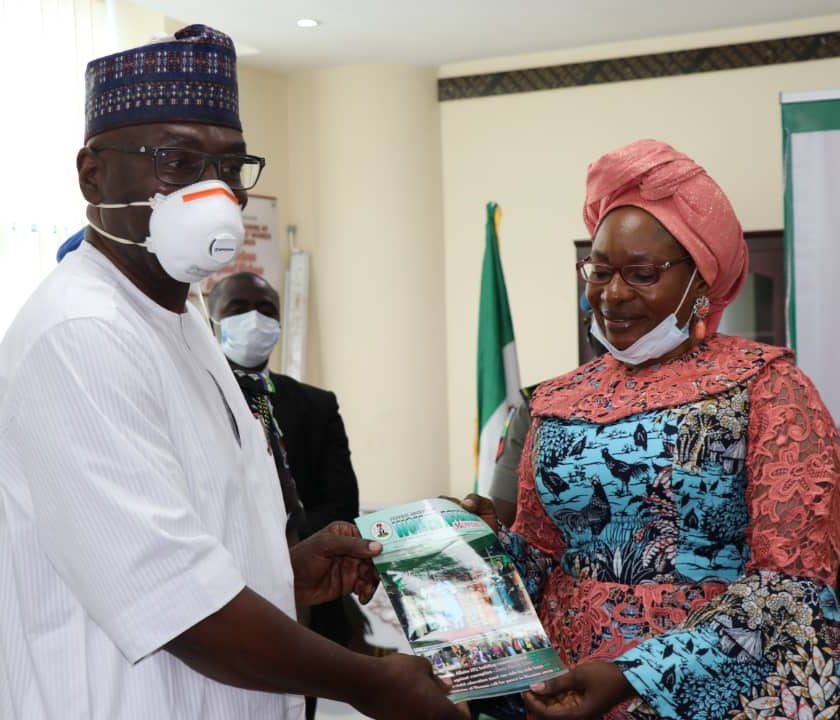 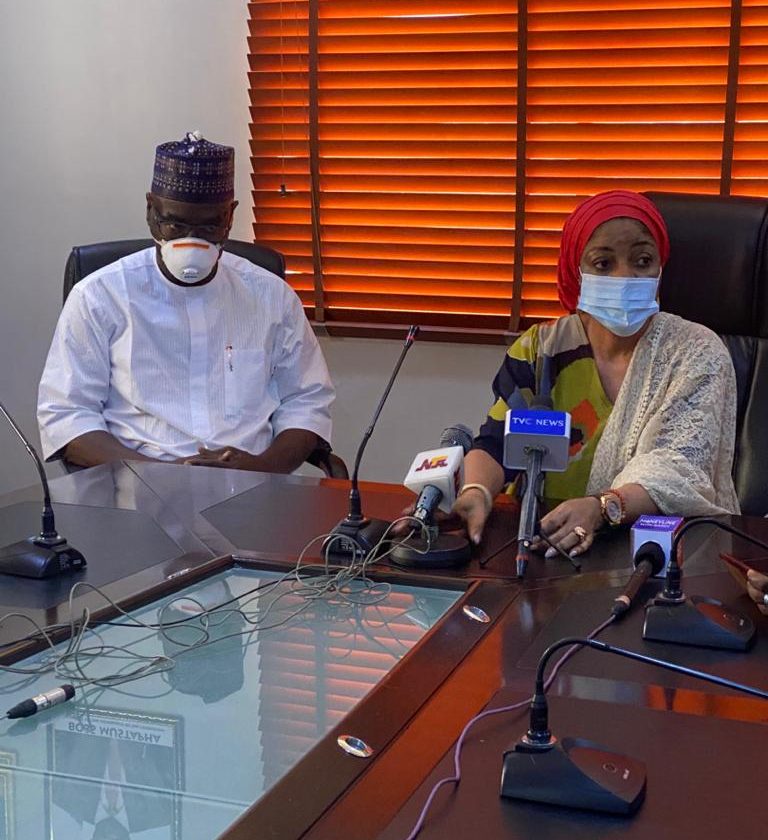 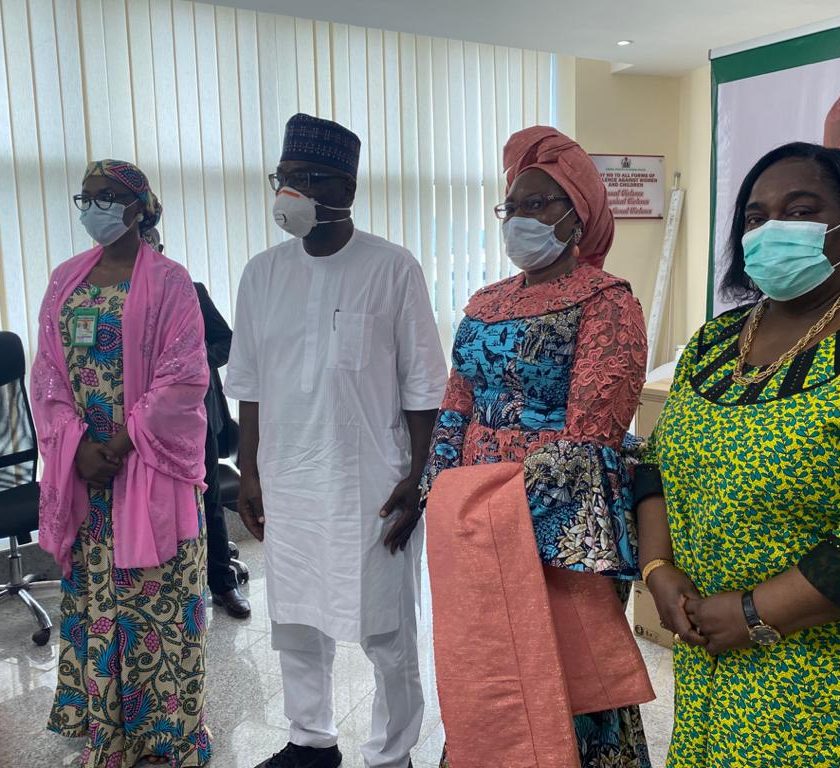 Kwara State Governor AbdulRahman AbdulRazaq (2nd left); Minister of Women Affairs Pauline Tallen; and other top officials of the ministry; during the governor’s visit to the ministry of women affairs in Abuja, the state capital, on Thursday.
AbdulRazaq meanwhile had pushed for Kwara to be made the north central regional headquarters for the national creative industry training programme which the Ministry of Sports and Youths Development is coordinating, according to a statement by his Chief Press Secretary, Rafiu Ajakaye.
The programme leveraged the Creative Industry Financing Initiative, and is designed to boost job creation amongst the youth in Nigeria. The initiative was put together by the Central Bank of Nigeria (CBN) in collaboration with the Bankers’ Committee.
The Governor also secured assurance of the ministry to support the Kwara State Football Academy to become a major national football talent hub, the statement added.
The Federal Ministry of Women Affairs meanwhile has said AbdulRazaq has positioned Kwara to be number one recipient of whatever grants or support that may target women in Nigeria following his unprecedented inclusion of women in the decision making process.
Speaking when AbdulRazaq visited her on Thursday in Abuja, Minister of Women Affairs, Pauline Tallen commended the Governor for his support for women and children, urging the state to expedite action on the bill that seeks to ban violence and all forms of discrimination against women and girl child.
The Governor said the bill has already passed second reading and would receive his support once passed by the Assembly. He also said some amendments would be proposed for the state’s version of the Child Rights Act to accommodate new issues and challenges.
AbdulRazaq meanwhile has secured the number one slot for Kwara in the pilot scheme of the integration programme for rural farmers — an initiative of the African Union Development Agency/New Partnership for Africa’s Development (AUDA-NEPAD) to help promote sustainable agriculture and food security.
AbdulRazaq had earlier been named the chairperson of the steering committee in charge of the programme owing to his efforts on sustainable development goals (SDGs).
“To key into the programme, states have to provide some sort of counterpart funding to increase the GDP of the rural farmers and subsistence farmers all over the states in Nigeria,” he told cabinet members, while narrating the takeaways from his various engagements on Thursday in Abuja.
AbdulRazaq said the state has also been listed among the first set of states to key into the National Livestock Transformation Programmes of the Federal Government which is designed to end the perennial herders-farmers clash, promote agribusiness, and guarantee food security.
Explaining the outcome of his meeting with the Minister of Agriculture Sabo Nanono, AbdulRazaq said Kwara would also benefit from the Federal Government’s stimulus programme.
“One of the things we are getting is about 10km roads. That road will start next month under the Ministry of Agriculture intervention. We also have programmes like soil test, mapping of farms, and provision of seedlings. There is also the National Livestock Transformation Programme. About three or four states had been programmed to kick off this year but luckily enough we have been added this afternoon to be part of the state that will kick off the programme.”
He said Kwara would also benefit from a fertiliser scheme involving the Dangote Group and the Ministry of Agriculture, among other benefits of his constant engagements with various stakeholders.