The European Union Delegation to Nigeria and ECOWAS has presented laptops to some Corps Members that performed excellently during the 2019 general elections. 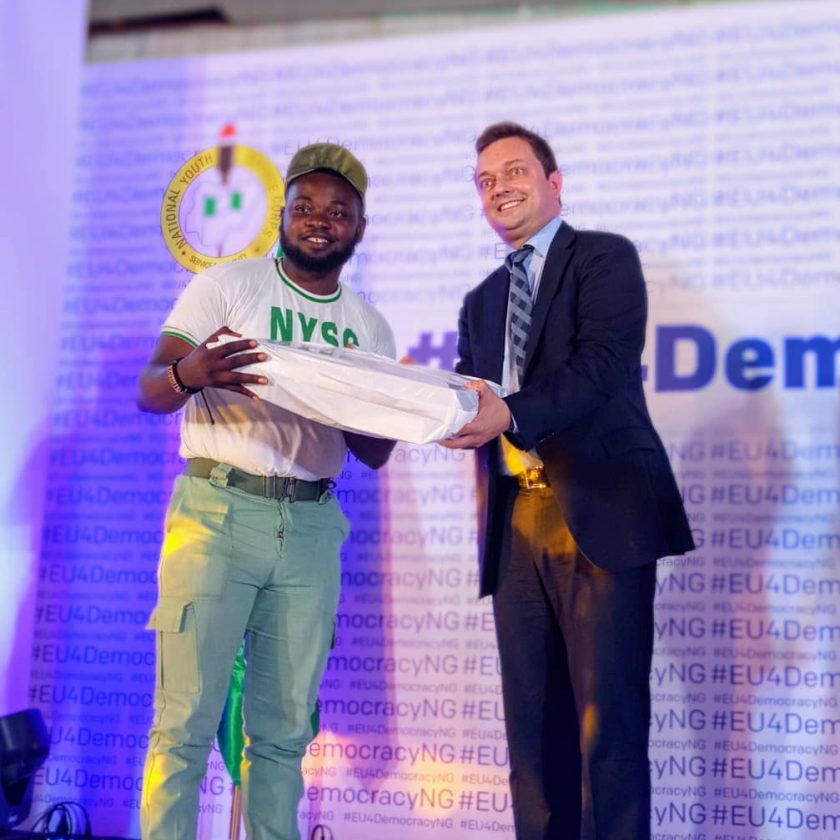 The EU also described the Corps Members as the pillars of democracy in Nigeria. The Head of European Union Delegation to Nigeria and ECOWAS, Ambassador Ketil Karlsen, while presenting the 75 laptops to some Corps Members that participated in the elections stated this during the presentation ceremony at NYSC Orientation Camp Kubwa, Abuja. 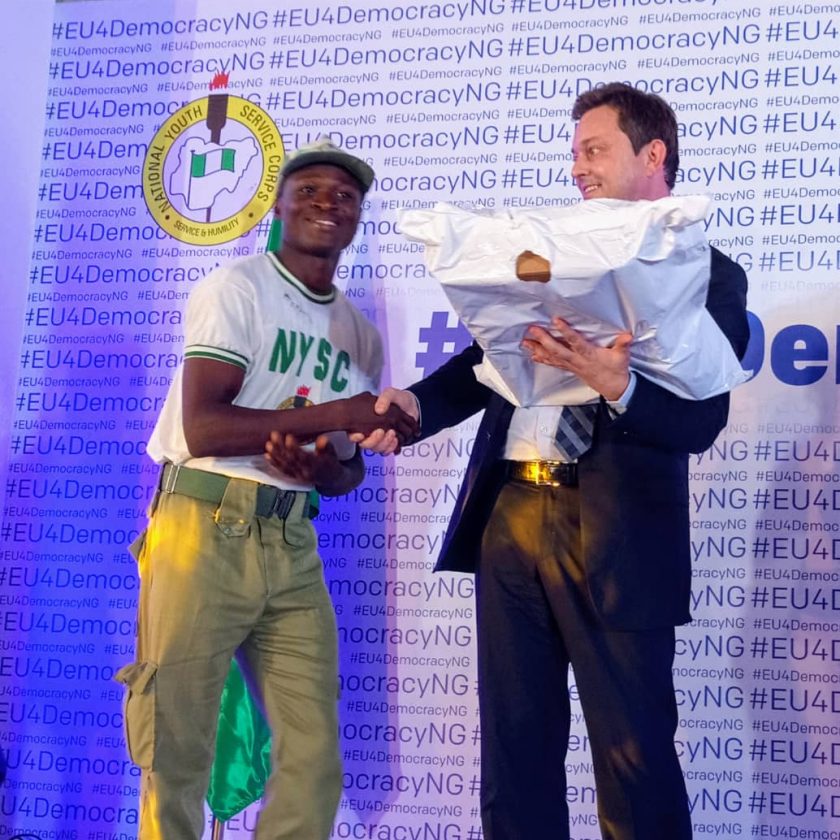 He expressed his delight at Corps Members’ selfless services during the election periods describing them as the backbone of Nigeria’s democracy.

“We deem it fit to commit the European parliament to handover part of the equipment used by the observation mission directly to 75 Youth Corps Members that participated in the elections”, he said. 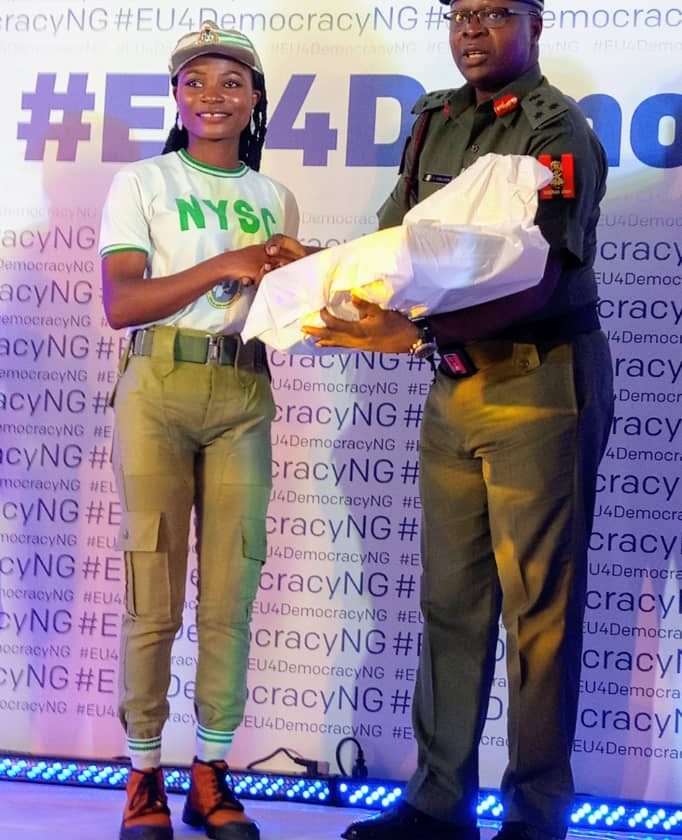 In his remarks, INEC Chairman, Professor Mahmood Yakubu, who relayed his service year experiences in Plateau State described it as a worthwhile experience. He described Corps Members as the most dedicated, educated, patriotic, committed and most readily available adhoc electoral staff.

“There cannot be election in Nigeria without the NYSC”, Mahmood added.

The INEC Boss added that Corps Members that performed excellently during the 2019 general elections and those with outstanding performances in the forthcoming gubernatorial elections in Kogi and Bayelsa States would be given automatic employment by INEC.

NYSC Director-General, Brigadier General Shuaibu Ibrahim in his remarks said Corps Members with their intellectual capacity, resilience and malleability have become veritable agents of promotion of national unity, cohesion and economic transformation which is in line with the ideals of the founding fathers of the scheme whose foresight and wisdom have continued to receive accolades.

“In discharging its mandate, the Scheme has overtime channeled the intellect and energies of this vibrant segment of our population to the attainment of developmental goals”.

“In furtherance of these efforts, we have established Mega Skill Acquisition Centres in Ekiti and Gombe States for the South-West and North-East geo-political zones of the country through public-private-partnership”.

“We are committed to ensuring that similar facility is provided for each of the remaining zones in the first phase of the programme. We look forward to robust collaborations and support of governmental and non-governmental organisations including the European Union”, General lbrahim added.

Corps Members who participated in voter education activities or served as adhoc staff were invited to express interest in the ICT equipments by posting a message on twitter or tag the EU on Instagram attaching their photographs on election duties.

Several entries were received from the Corps Members and a team made up of staff of the European Union and NYSC assisted in the selection process at the end of which 75 entries emerged winners.