Operatives of the Wuye Divisional Headquarters of the Federal Capital Territory (FCT) Police Command on Tuesday 30th August, 2022, arrested a four-man suspected “one-chance” criminal syndicate in the Wuye area of the FCT. The team equally rescued from the suspects a victim, and recovered cash sum of two hundred thousand Nara on the spot.

The suspects,who have been linked to masterminding and perpetrating series of vehicular robberies (one chance) and its related fraudulently crimes (419), particularly in the Wuye axis and environs, have been on the Police watchlist for some time now. 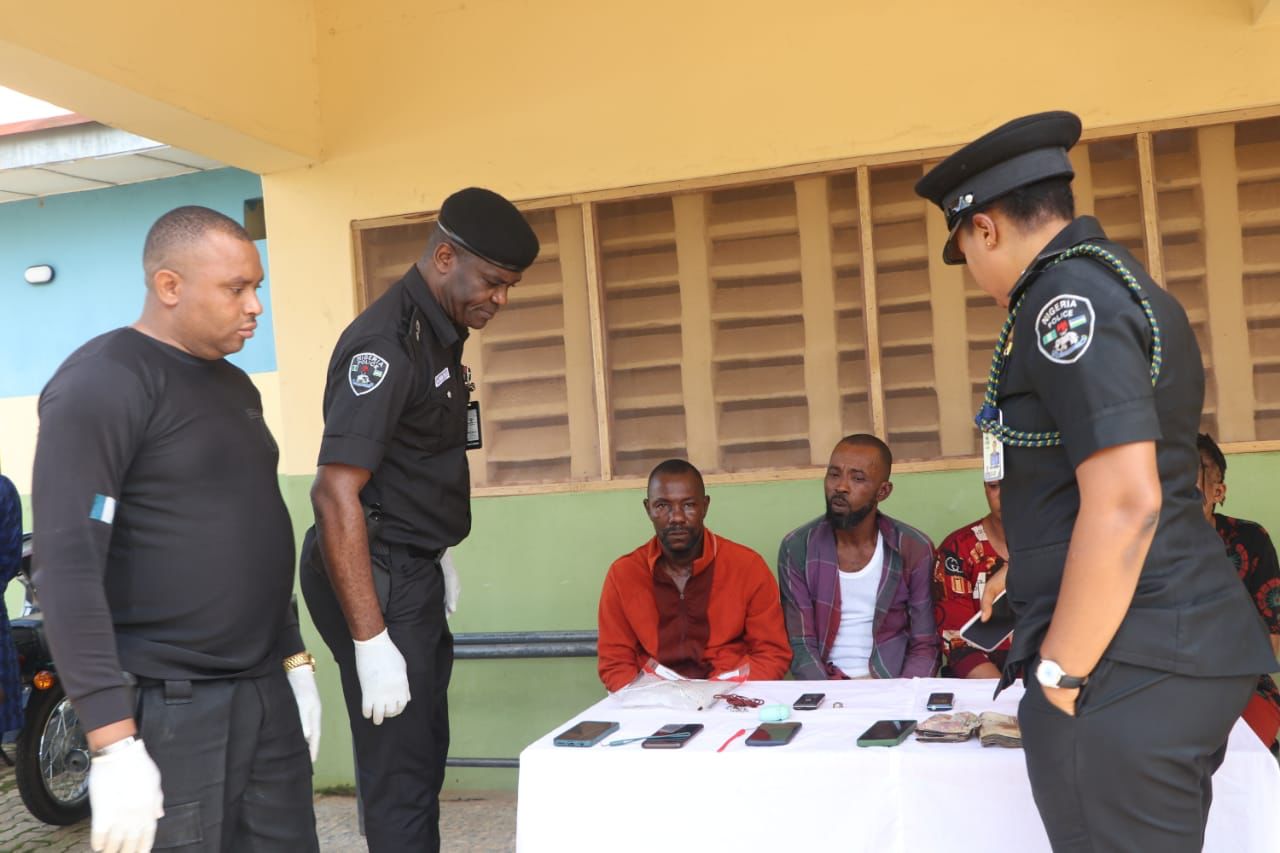 Police investigations revealed that on the said date and about 11:30am, an unsuspecting innocent resident unfortunately walked into their sneer. The suspects having perfectly executed their criminal enterprise, forcefully pushed the female victim out of a fast-moving car and sped-off.

The surveillance team of the Wuye police division, who were on routine patrol, with the help of residents rushed to her aid, and gave the fleeing criminals a hot chase. The hot chase soon attracted the attention of mobs who spread the news of the arrest gathering in their numbers to unleash mayhem on the Suspects. The Police however, tactically effected the arrest of the suspects but the pressure from the irate crowd resulted in the burning of the operational vehicle of the suspects before the Police could move it down to the station.

In the light of the above, preliminary investigation has commenced. The suspects have revealed to the Police their modus operandi and how they have been in the criminal venture for over five years.

Furthermore, to ensure that members of the public are aware of the existence and activities of these criminal elements, it is important to expose their age-long modus operandi as follows; An unsuspecting passenger is first picked along the road. The passenger is then physically evaluated to see if valuables could be collected, otherwise, they harsh a plan B to play on the greed and innocence of the victim by saying a huge amount of money is in the boot and needs spiritual intervention for cleansing. The suspect is promised part of the money only if he or she can provide enough money to secure the services of a spiritualist. To believe this is falling victim to the miscreants.

The Commissioner of Police FCT Command, CP Babaji Sunday, psc, while reiterating the need for road users to board vehicles only at unisolated and approved motor parks, noted that the anti-one-chance-unit of the Command and other similar sections across the Command have been beefed up to ensure that the menace and sundry crimes and criminality are nipped in the bud. He also stressed the need for members of the public to shun the practice of self-help in obtaining justice known as jungle justice. He assured that the suspects will be made to face the full wrath of the law on conclusion of investigations.