Niger state Governor, Alhaji Abubakar Sani Bello has dissociated himself from a certain poster(s) being circulated on the social media platform campaigning for the position of the vice President to Prof Yemi Osnibajo as President in 2023.

In a statement issued by his Chief Press Secretary, Mary Noel Berje, the Governor said it was not the time to talk about 2023, knowing very well that Nigeria just came out of elections and are yearning to fulfil promises made to the people by the newly elected. 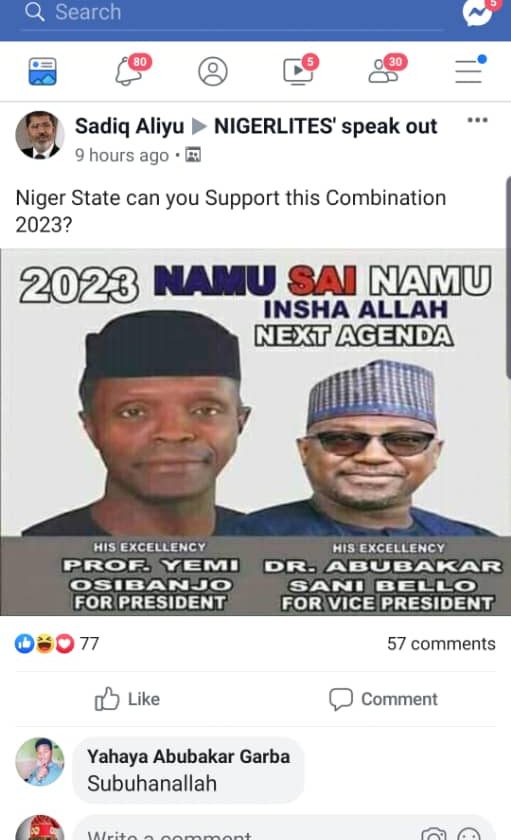 The Governor stated that there was no basis or justification for such posters stressed that it was the handiwork of mischief makers trying to distract government’s attention from discharging its mandate to the citizens.

“Our priority is to support Federal and State Government policies and programmes and to fulfil their campaign promises as the tenure is just beginning”.

We hereby describe the posters as well as their authors as FAKE and UNPATRIOTIC. ” We are fully focused to work for our people, and we remain loyal to the ruling party and the Federal government ably led by President Muhamadu Buhari.

Governor  Sani Bello then appealed  to well meaning Nigerlites and Nigerians to disregard those posters as it was the handiwork of mischief makers who always take delight in heating up the polity for their selfish interests.