Skip to content
You are here
Spread the love
Niger state Governor , Abubakar Sani Bello has inaugurated a 15-man Community Policing Advisory Committee to check insecurity bedeviling parts of the State.
Governor Sani Bello who presided over the inauguration at the Government House, Minna, said the essence of
the Committee was to have a robust system from the ward level.
“I believe that security controlled at the ward level will have a great impact with regards to the general security of the State. I am glad that this is happening now at a time we are faced with a lot of security challenges”, he said. 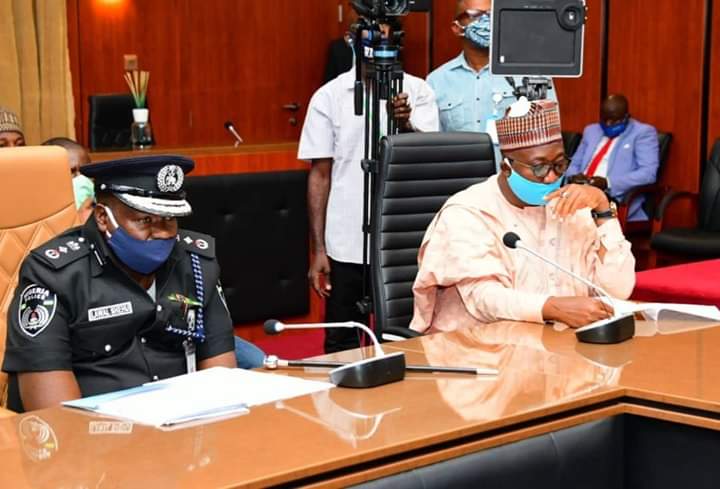 He said the best place to combat crime is at the grassroots level, added that
with the Committee in place, things will improve security-wise.
While emphasizing the need for those to be recruited to have impeccable character, Governor Sani Bello lamented the infiltration of bad eggs into security outfits in the country thereby jeopardizing operations against criminal elements. 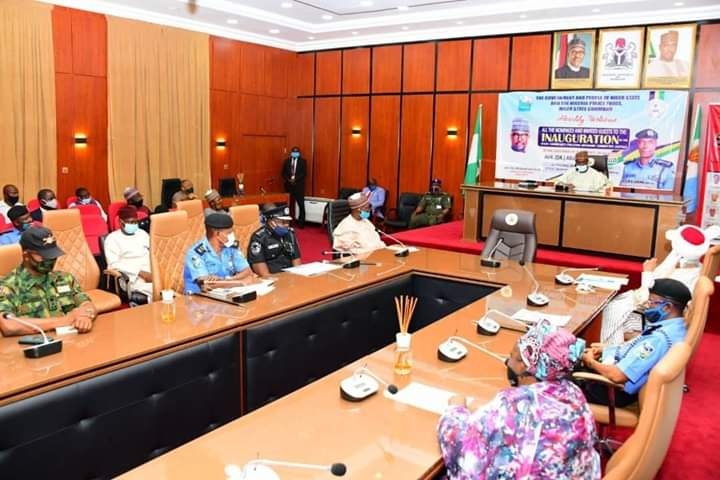 He assured that those selected as Committee members wete people of proven integrity.
Speaking on behalf of the Inspector General of Police, IG Abubakar Adamu, Deputy DIG Lawal Shehu of the Force Headquarters, Abuja said due to the professionalism of the IGP he has been successful in implementing the long awaited community policing initiative that has been on the pipeline for a long time.
The DIG said that the scheme was a collaboration with the Police, other security outfits and the community to fight crime, with a view bringing it to the barest minimal.
He urged the Niger State government to take the Community Policing Initiative as its baby and ensure that the aim of establishing the scheme is achieved.
He then commended Governor Sani Bello for the prompt support he has accorded the Police Force to fight crime in the State, describing him as one of the best Governors supporting them.
He assured that prompt report will be provided regularly to the government.
The State Commissioner of Police, CP Adamu Usman who is the Chairman of the Committee noted that Community Policing is in partnership with communities in solving crime problems affecting them.
He pointed out that the State Community Policing Advisory Committee is the highest regulatory body in the State while sub+committees are: State Community Policing, Area Command Advisory, Local Government Community Policing, and the Divisional Community Policing.
The Committee has HRH. Etsu Nupe and Chairman Niger State Council of Traditional Rulers Alhaji Abubakar Yahaya as Co-Chairman who also assured of the committee’s support saying it is a timely intervention.