Speaking during the commissioning of the project, the donor, Corps Member Nyah Patrick, said he decided to embark on the project when late last year he met the widow and her children, who were at the verge of being ejected from where they were living. 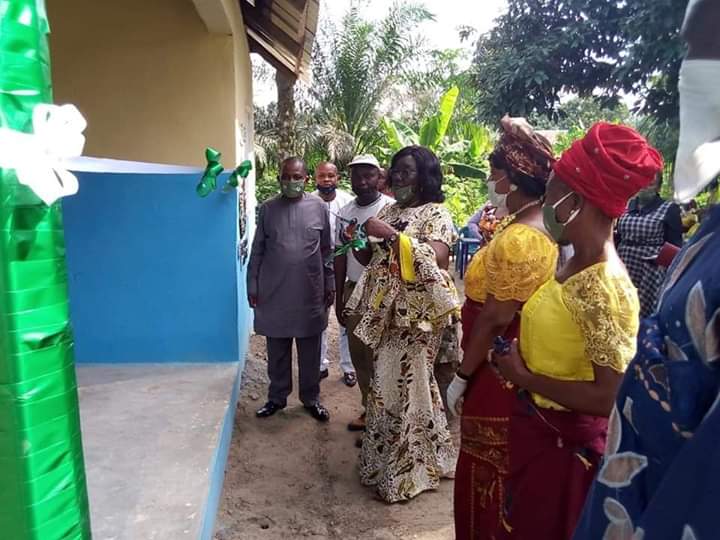 Nyah added that on arrival at his host community, his initial plan was to print about 2,000 copies of exercise books as donation to students of his PPA, Ibere Comprehensive Secondary School but later changed his plan after his encounter with the widow. 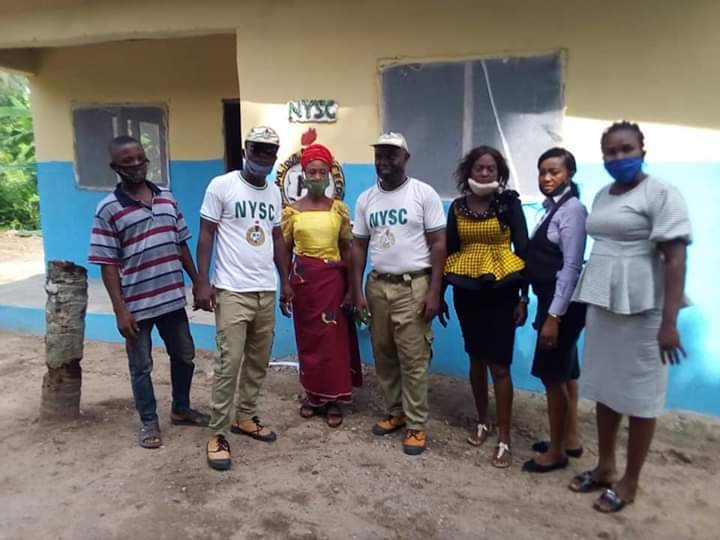 He said he later went round the community to seek for sponsors towards executing the project.

In her response, the widow, Mrs Blessing Onyekwere, who almost broke down in tears thanked Corps Member Patrick and prayed God to bless him immensely for his kind gesture towards her and the children. 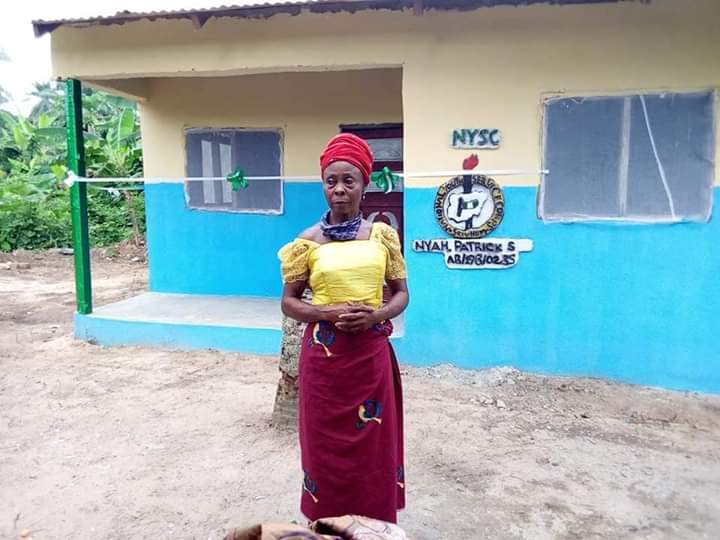 While commissioning the personal project, NYSC Abia State Coordinator, Lady Bona Fasakin commended the Corps Member for being a good ambassador of NYSC Scheme by providing succour for the needy in his host community. She further prayed to God to bless and meet him at the point of his need.

In his remarks, the Transition Committee (TC) Chairman, Ikwuano LGA, Honourable Stanley Ejigbo, also lauded the Corps Member for his effort, stating that ‘whatever seed a man sows, he will surely reap’.

He however promised to make the building more conducive for habitation so as to ensure that Mrs Blessing Onyekwere moves in soonest.

The commissioning was witnessed by members of the community representing different unions, family members of the donor Corps Member, the Principal of his School and NYSC officials led by the State Coordinator.