The Governor received them at the Government House Minna. 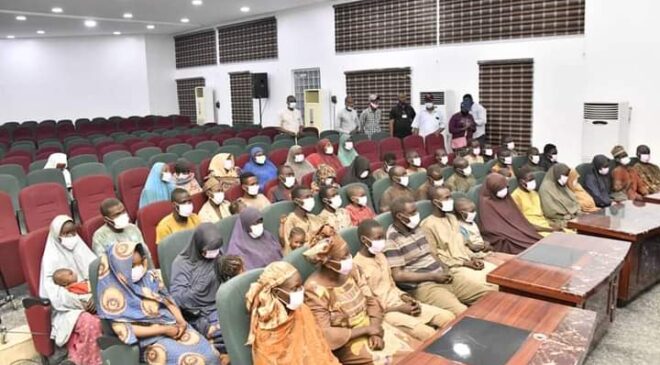 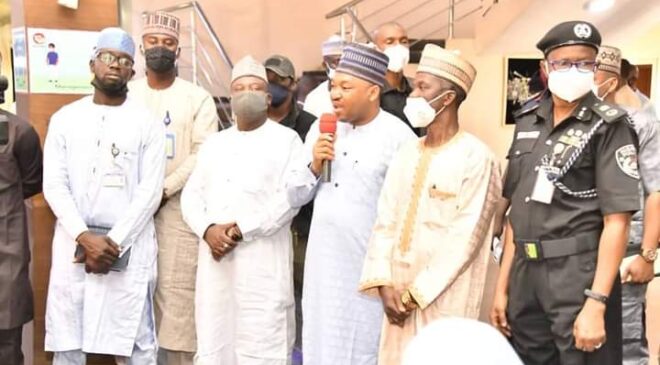 Governor Sani Bello explained that their release followed series of dialogue, consultations and hard work.
“We went through one week of dialogue, consultations, hard work and sleepless nights because we had to secure their release within the shortest possible time.
“We have made all necessary arrangements to ensure that they go through a thorough medical therapy and evaluation and once that is done, then we can safely hand them over to their loved ones”, he said.
The Governor expressed gratitude to God Almighty for showing them the way to secure the release of the kidnapped victims and also appreciated everyone who has played a role in the release efforts.
He specially thanked the loved ones of the abductees for the understanding they showed.
“We are grateful to God Almighty for guiding us, for protecting them, for showing us the way to secure their release.
“I will like to thank everyone that has played a role in this effort and also like to thank their loved ones for the understanding they have shown in this trying moment”, he said.
The Governor however said that the Students of the Government Science College Kagara, were still in the hands of their captives but that everything is being done to ensure their release.
Out of the 53 released abductees, 20 are women, nine (9) Children and 24 Men.
They were abducted one week ago in the State owned transport bus at Kundu village while returning from Rijau, in Rijau Local Government Area of the State.
Meanwhile ,the 53 rescured abductees have been reunited with their families.
The Chief of Staff(COS) to the Governor, Alhaji Ibrahim Balarabe along side other state executives met with the victims at a government facility in Minna to reunite them with their families.
Alh. Balarabe urged them not to allow their ugly experiences weigh them down but to see it as a phase in their lives adding that they should keep faith in God to overcome the trauma.
He appealed to the general public to show them love so that they can quickly adjust and continue living their normal life.
The Chief of Staff announced Government’s support to the abductees to enable them settle and stabilize as they go back to their loved ones.
Commissioner of Health, Dr. Muhammad Makusidi said, following the directives of Governor Abubakar Sani Bello comprehensive medical examination was carried out on the released abductees and are certified healthy to be reunited with their families.
The victims were however grateful to the government that worked tirelessly to secure their release. Few of them that spoke the journalists  could not hide their joy.
He said all necessary arrangements have been made to ensure they go through medical checkup and evaluation before they will be reunited with their loved ones.