Skip to content
You are here
Spread the love
Niger State Governor,Abubakar Sani Bello of has called on the National Assembly and the Federal Government to expedite actions on recruitment of more security personnel.
Governor Sani Bello made the call when he received the Niger State caucus in the National Assembly on a visit to commiserate with the Government over rising cases of banditry in the State. 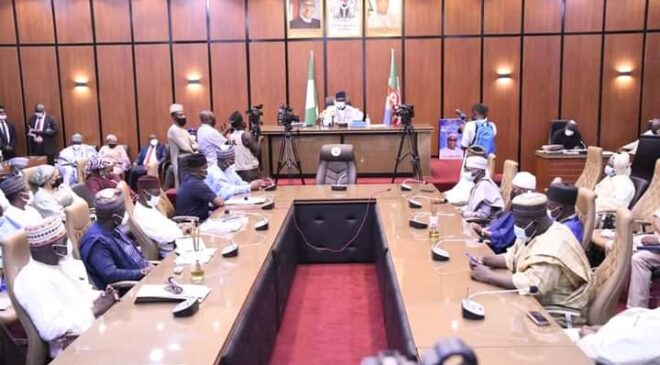 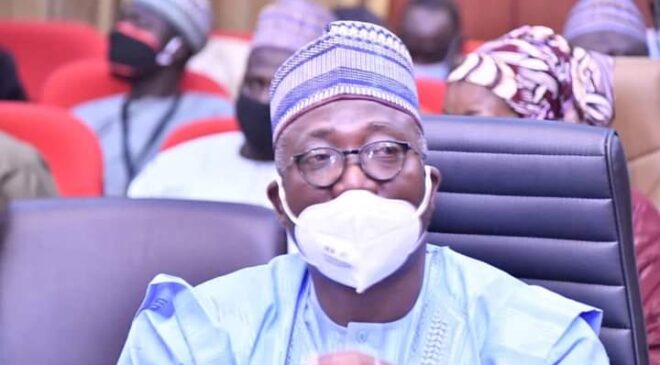 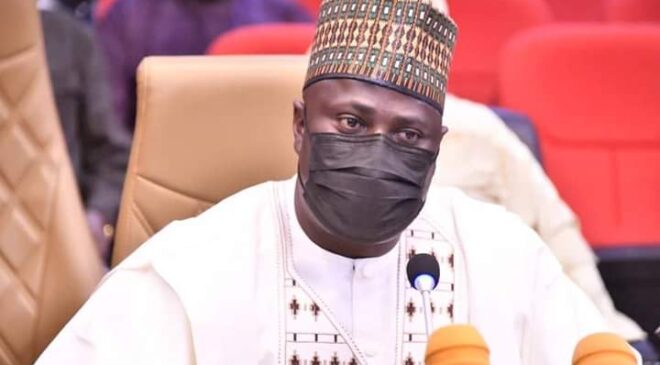 The Governor expressed concern with the insecurity in the State in particular and the country in general despite concerted efforts to stop it, pointed out that security agencies have been overstretched, inadequate and absence of sufficient surveillance equipment to adequately tackle the security challenges
“We have being making all efforts to see that it is being curtailed but it’s been extremely difficult mostly because of manpower shortage and lack of equipment. The strength of the entire Police in Niger State is just about four thousand, it used to be 14 thousand for Niger State alone. So you can see the police is overstretched and i believe even the Military is the same.
“I hope we can work together to support the Federal government so that they can do the needful of expediting actions towards recruitment of more security agents.
The same time, these days you need a lot of technology to deploy and to manage security very well. So i hope the National Assembly will support the Federal government when it comes to the statutory budgetary provision that will provide for these equipment”, he said.
He then described the visit as a sign of unity between the State government and the National Assembly Members from the state adding that the secured victims were doing well and set to be reunited with their family members.
Governor Sani Bello expressed optimism that the Government Science College Kagara kidnapped victims will soon be released as efforts are being made tirelessly to that effect.
Earlier, the National Assembly Members from the State led by the Deputy Chief Whip of the Senate, Senator Abdullahi Sabi representing Niger North expressed worries over the security challenges in the state particularly in the past few days, describing it as shocking and touching thereby calling for prayers and divine  intervention.
The lawmaker said their visit was to identify with the government and people of Niger state, added that it was a solemn period and of great shock not just for the Governor and his cabinet but the entire people of the state and the country as a whole.
“The incidences in the last few weeks have no doubt shook the foundation of the state and the period calls for prayers, it calls for very strong introspection so that we can actually identify the problems and find lasting solutions to them”, he added.
Senator Sabi said as representatives of the people from the state at the federal level, they have always presented insecurity cases at the floor of the House so that the federal will be aware of the happenings in the state.
The Chairman of the caucus then commended the leadership of Governor Sani Bello and his efforts towards securing the release of the 53 kidnapped passengers of NSTA bus recently.
Among the caucus members who visited the Governor were
Senator representing Niger East Senatorial District, Sen. Sani Musa, Member representing Chanchaga Constituency Hon.Mohammed Umar Bago, Member representing Bosso/Paikoro, Hon. Shehu Bawa Beji, Member representing Bosso/Paikoro Federal Constituency.
Others are Member representing Shiroro/Munya/Kagara, Hon.Saidu Mohammed, Member representing Edati/Lavun/Mokwa, Member representing Hon. Usman Abdullahi, Memeber representing Agwara/Borgu Hon. Jafaru Mohammed, Member representing Agaie/Lapai  Hon. Mamud Mohammed.