The Inspector-General of Police, IGP Usman Alkali Baba on Thursday 13th October, 2022, decorated two newly promoted Deputy Inspectors-General of Police in his office at the Louis Edet House, Force Headquarters, Abuja. This was coming on the heels of the recently released promotions by the Police Service Commission, in which the two officers’ recommendation by the IGP was approved by the Commission. 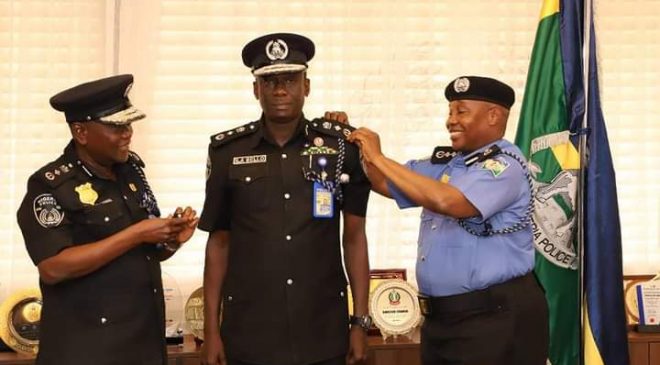 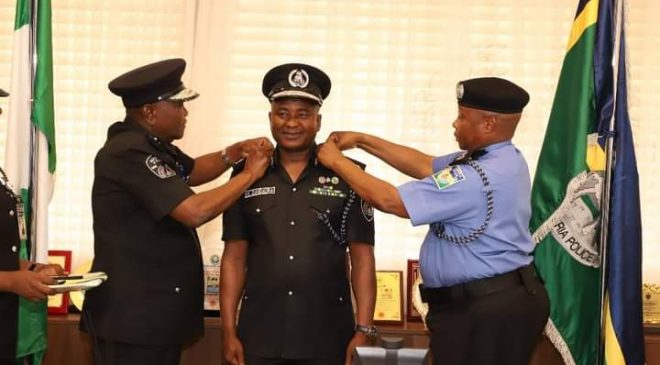 The Inspector-General of Police has urged the senior officers and others who have just been promoted, on quality delivery of policing services to members of the public while ensuring full compliance with the police reform agenda of the President.

In the same vein, the IGP unveiled the official logo and mascot for the 13th Biennial Police Games (BIPOGA), Uyo 2022, at the Goodluck Jonathan Peacekeeping Hall, Force Headquarters Abuja. The IGP noted that the Biennial Police Games which is scheduled to hold in the serene city of Uyo, the Akwa Ibom State capital from 23rd to 30th November, 2022 will provide a distinctive opportunity to maintain the mental alertness and physical fitness of officers, strengthen the bond of espirit de corps amongst security agents, and identify sporting talents most of whom will emerge as stars in the global sporting stage. 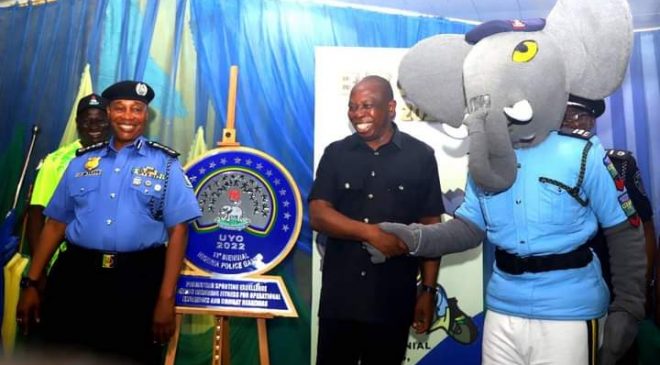 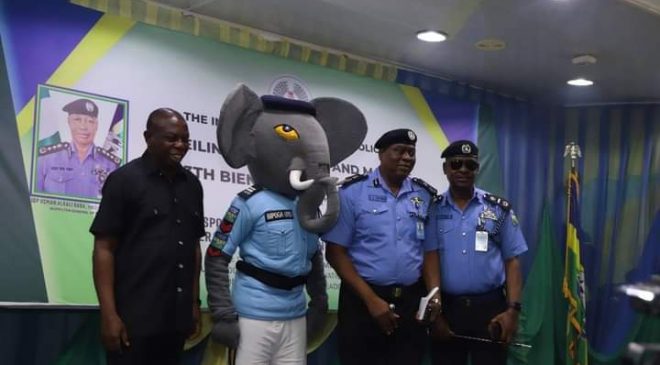 The IGP similarly appreciated the Governor of Akwa Ibom State, Mr. Udom Emmanuel, and people of the State for accepting to host the Games in the beautiful, colourful, friendly, transformed city of Uyo, and for assuring participants of nothing but the best in terms of hospitality and warmth.

The Inspector-General of Police expressed hopes that police athletes will shatter long standing records at the Games even as he tasked the Chairman and Sole Administrator of the Force Sports Planning Committee and his team to deliver a sporting spectacle never before witnessed in the history of the Nigeria Police Force.