Skip to content
You are here
Spread the love
Niger state Governor ,Abubakar Sani Bello has advised the 25 Local government chairmen in the state to work closely with the traditional rulers for a better-secured State.
Governor Sani Bello gave the advise at the Government House, Minna when the local government council chairmen visited him to commiserate with the state government on the recent security challenges confronting the state. 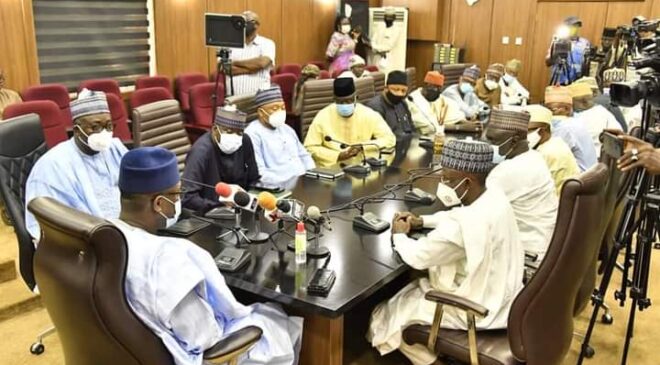 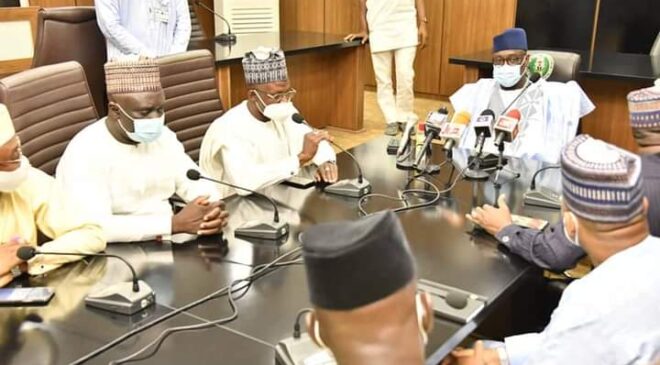 He explained that having a close and cordial relationship with the traditional rulers would allow for proper scrutiny of strangers and those with questionable characters within their councils.
The Governor added that there was a need for frequent security meetings within various local government areas as security challenges is on the increase.
“In recent times we have experienced a lot of security problems. I would like to draw your attention as council chairmen that the situation is serious.”
“I would advise that you have close contact with the traditional rulers within your various local governments so that you can pick out men and woman of questionable character before it gets too late, he said.
The Governor enjoined them to monitor movements of people within their local governments and get records of those coming in as well as visitors lodging in hotels within their various local governments.
The Governor who noted that the State had been experiencing banditry attacks within six local governments, called for vigilance, added that the Vigilantes will be strengthened to compliment the efforts of the security agencies in the state.
Earlier, Chairman Chanchaga Local Government Council who is also the ALGON Chairman Alh. Ibrahim Abubakar while speaking on behalf of the chairmen said their was to commiserate with the Niger State Government over the recent security challenges.
Alh. Abubakar said Chanchaga and Bosso Local Government Councils have organised a Joint Task Force between the Military and the vigilantes to tackle security challenges particularly in Minna, the state capital.
He then requested the state government to equip the vigilantes to enable them perform their duties effectively
The ALGON Chairman commended the effort of the state government in ensuring the release of the kidnapped passengers of the Niger State Transport Authority and prayed for the quick and safe release of the students of the Government Science College Kagara.