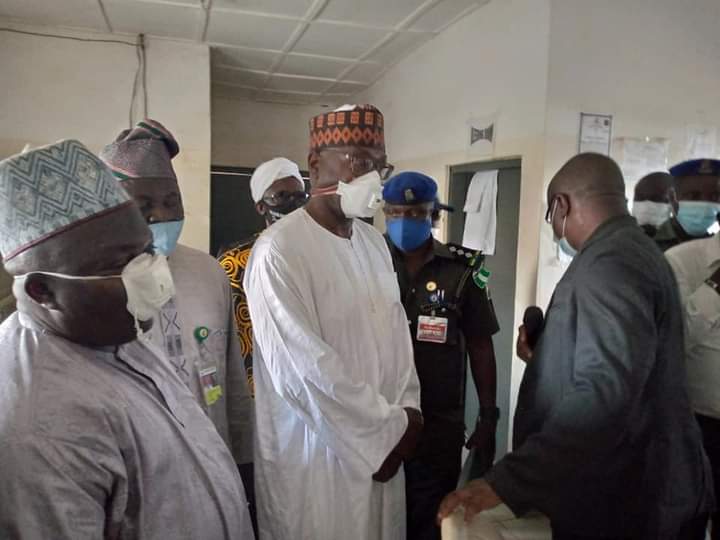 Speaking at the first surgical outing to herald the commencement of the free Surgical intervention, the Kwara State Governor reassured members of the community of his commitment to health care of all and sundry through implementation of life saving interventions, infrastructural rehabilitation, recruitment and sustenance of a highly committed health work force for the state.
He further stated that apart from the ongoing surgical intervention, the state will soon commence the distribution of long lasting insecticide treated Nets which shall be distributed from house to house across all the 16 local Government areas of the state.
In his address of welcome, the Commissioner for health highlighted the various categories of surgical interventions in the exercise to include removal of lumps, abnormal growths, groin swellings and eye surgery for visual restoration for both sexes and across all age brackets.
He also explained that over 1,000 people across all the 16 LGAs in the state are expected to benefit from both the surgical intervention and glasses which has also been planned to be undertaken within the communities. He likened the strategy adopted for the exercise to that used during the Breast and Cervical cancer screening which was brought to the door steps of beneficiaries just before the out break of COVID-19 in February 2020.
Dr. Raji added that the people of Asa Local Government should ensure they sustain their unflinching cooperation with the government and administration of Mallam AbdulRahman AbdulRazaq through whom many noteworthy developments shall be unravelled for the communities.
The Daudu of Afon, Mallam Hanafi Kola Olayinka Balogun appreciated the peoples’ Governor for considering his community worthy of this kind of life- changing health care intervention. He further prayed to God to grant him success and enable him to deliver on his promises.
One of the beneficiaries of the free Surgical intervention, Alhaji Abdul appreciated the state government for the opportunity given to him and members of his community to access highly skilled health care services that would have gulped several of their scarce resources in far away destinations.
The flag-off was also graced by the Honourable member of the Kwara State House of Assembly, representing Afon Constituency, Hon. AbdulWahab Opakunle who also appreciated the Governor and called for additional developmental presence of the Gov.AbdulRahman AbdulRazaq led government in the Asa local Government.
Also present at the occasion were the Permanent Secretary of the Kwara State Ministry of Health, Dr. Abubakar Ayinla, the Director General of the Hospital Management Board, Mr. Saad Aluko, the Executive Secretary of the State Primary Health Care Development Agency, Dr. Nusirat Elelu, Directors from the State Ministry of Health, Top Management Staff of the Asa LGA and the State Chairman of the Nigerian Medical Association, Prof. Baba Issa, amongst many other dignitaries.