The need for Nigeria to change her political will towards her investment  narative formed the major part of discussions at an investment session between Niger state government team led by Governor Abubakar Sani Bello and a private  investment multinational company led by its Chairman Mr Mohan Vaswani at Lagos Free Trade zone  in Lekki.

The Niger state Governor,Alhaji Abubakar Sani-Bello moved by the desire to bring investment to the state, has been making concerted efforts towards encouraging investors to tap from the state’s resources especially in the area of agriculture.

It is against this backdrop that  Niger state Alhaji Sani-Bello honoured the invitation of one of the most prominent and influential private investment multi national companies, Tolaram Group Chairman ,Mr. Mohan Vaswani.

The Governor meeting with Mr Vaswani was to see how best to harness the potentialities of the state for mutual benefits especially in making the state a business hub.

Presenting the group’s various brands of products through a power point , Assistant Manager Business Development Chinju Udora highlighted the achievements of the group established over four decades ago but became more operational in 1998,working with strong partners around the world Nigeria inclusive with a sustainable amount of money committed in the business.

Tolaram Group, a private investors multinational company has indicated its intention to partner Niger state government in the area of  agriculture .

Sequel to this, it has concluded arrangements to establish a Chili  company in Niger state.

The Multinational corporation has been closely linked to the economic and social growth of Nigeria investing in agriculture,infrastructure and consumer goods in the  last forty years.

With over 19 factories spread across the country, Tolaram Group is said to be among the largest employer of labour in the country with over fourteen thousand employees nationwide.

Governor Abubakar Sani Bello acknowledged that the group has  already established its presence in Wushishi, headquarters of Wushishi local government area of the state, where it has acquired five thousand hectares of land for the  scheme with intention to acquire additional ten thousand hectares to make Niger state the hub for the company’s grow materials for its  manufacturing plant.

This stride also formed the purpose of the Governor’s meeting with other critical Stakeholders at the group’s Headquarters , Lagos Free Trade zone about  57 kilometers away from Lekki to see how the two teams can  work out modalities for better partnership as part of efforts to diversify and open up opportunities for Niger state. 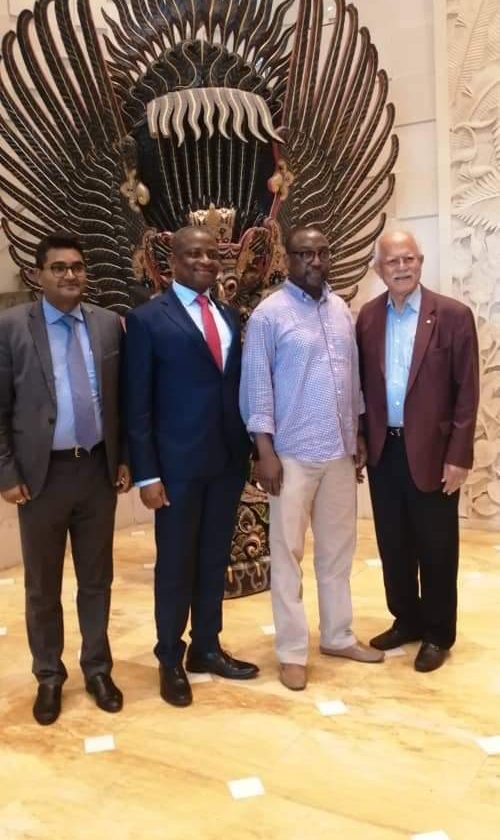 Governor Sani Bello however assured the group Executives of an enabling environment for their investments.

The team led by the Group Chairman Mohan Vaswani, CEO Denish, Rathi and CFO Ashish hema,who took turns to explain the group’s achievements,finally took the Governor’s team round on Inspection of some of the factories in Lagos free Trade zone including the proposed lekki Port ,a largest Private Public Partnership PPP in Nigeria.