Skip to content
You are here
Spread the love
Abuja based Benue-born Media Practitioner, Prince Yemi Itodo, was on Friday, conferred with the award of ‘Most Determined and Proactive Journalist’ in FCT, Abuja for the year 2020. 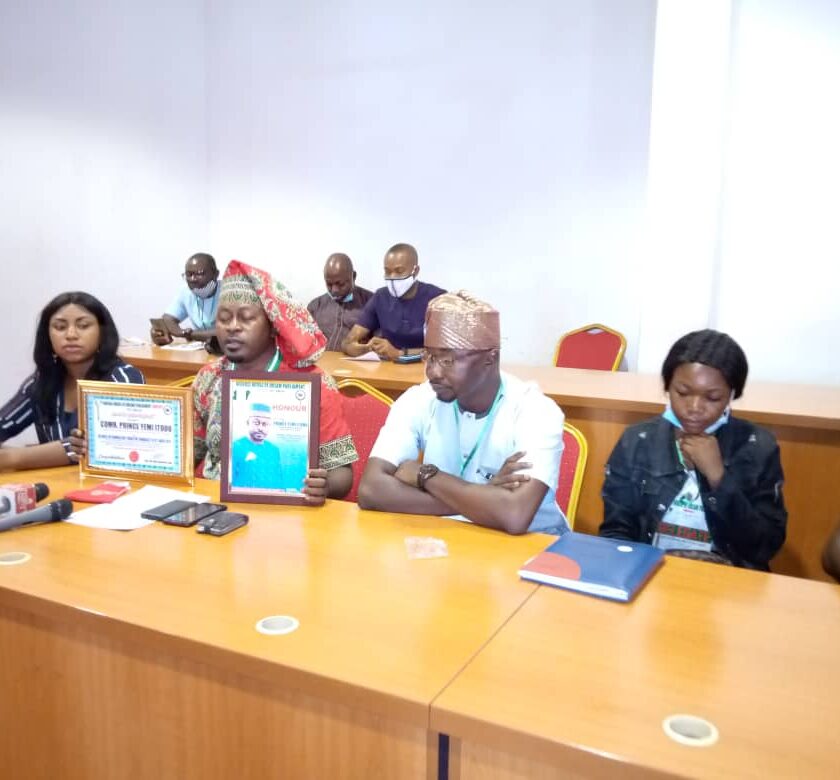 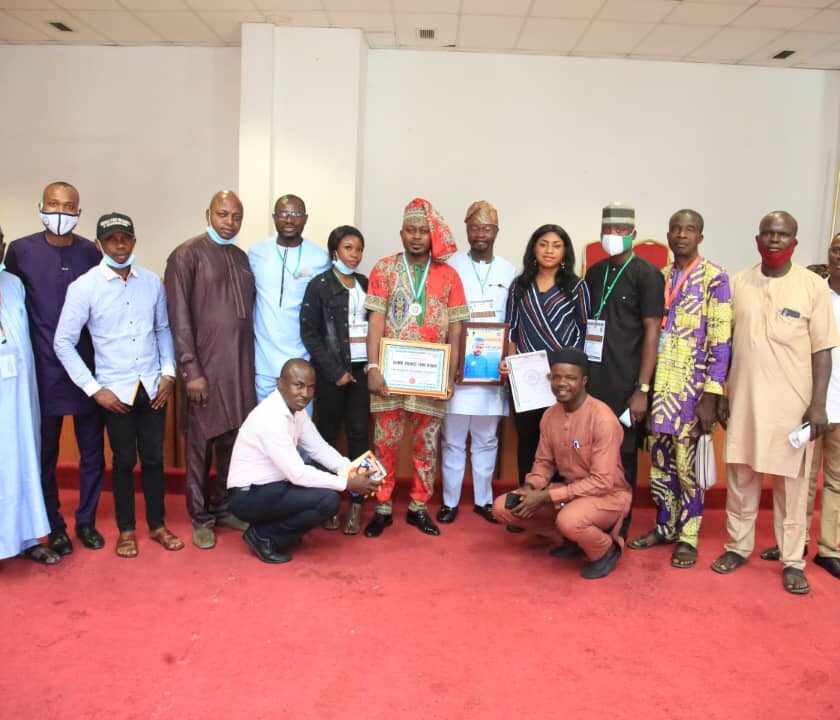 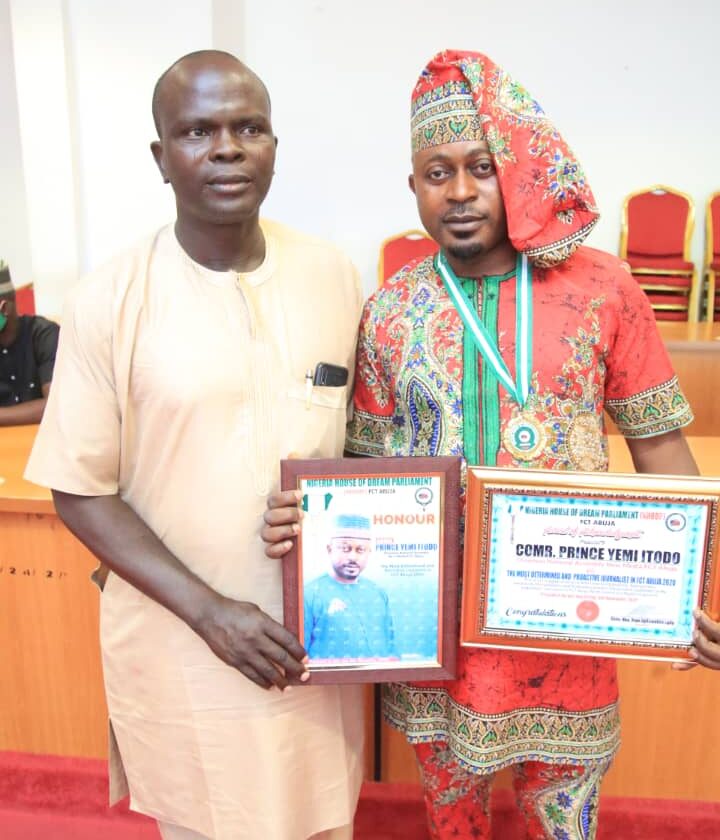 Prince Itodo is the Abuja Bureau Chief of DAILY POST Nigeria and Chairman, National Assembly New Media, a forum of online Journalists in the National Assembly.
Presenting a gold plated frame and customized portrait of the Journalist to him in National Assembly ccomolex, on Friday, Speaker, Nigeria House of Dream Parliament, Comrade Mike Egila, said the group had been following the antecedents of Prince Itodo for years and was pleased with his “selfless”,proactive and humanitarian” nature.
“In the light of the above and many more of your contributions to humanity, the House during her sitting of 30th October, 2020, resolved to affirm your pro-activeness in the Nigerian Journalism/Legislative Arm of Government in FCT, thereby decided and resolved to award you with the NHODP award of Excellence Recognition as ‘The Most Determined and Proactive Journalist in FCT 2020’.
“This is after a well sampled opinion by our Speaker during an interface/oversight function with most Journalists in National Assembly and its environs which majority of the sampled opinion recognized you for the NHODP award of excellence recognition as a way of motivating you for more effective/humanitarian services to Nigerians”, Egila said.
The group specifically noted the many media advocacies of Prince Itodo which have led to emancipations of many downtrodden and people in need, with special mentioning of the 72-year old Journalist, Pa. Oga Tom Uhia, who is currently  in a secret detention of Nigeria Police in Abuja for 27 days without trial.
While receiving the award, Prince Itodo expressed great surprise that, a group of such standing and reputation would honour a Journalist like him.
“We were told that Journalism is a thankless job, just as the rewards of Teachers are in heaven. These awards should have been given to some money bags and politicians, but you are here honouring me, an ordinary Journalist. This goes to show the integrity of your organization.
“With this award today, I’m spurred to doing more for humanity. If I was operating on a percentage of 5 before now, I’m now encouraged to increase the tempo to 50% and above, to ensure more persons are reached in my activities”, Itodo said.
The Ace Journalist dedicated the award to Journalists across the country, especially, the Nigeria Union of Journalists (NUJ), all freedom fighters , human rights activists and the struggle for the release of Pa. Uhia, who has been incarcerated by the Nigerian Minister of State for Power, Chief. Jeddy Agba.