Two Nigerians, Adams John and Victor Obialu, who were stranded in Kenya as a result of irregular migration and visa overstay arrived Abuja on Friday, facilitated by Nigerians in Diaspora Commission (NIDCOM). 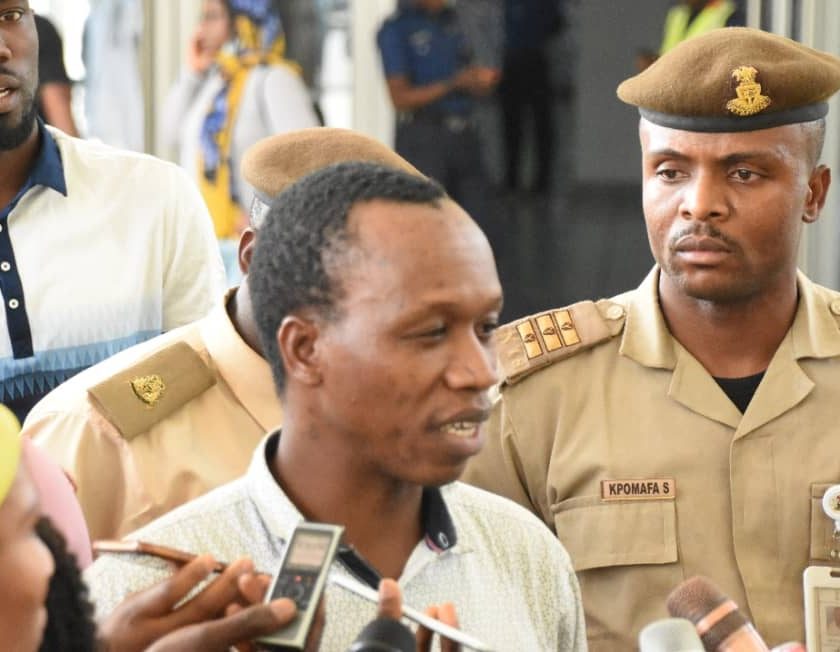 Dabiri-Erewa stressed that irregular migration and improper documentation should be totally discouraged and avoided , and urged Nigerians to be of good conduct whenever and wherever they find themselves, by obeying the laws of the country of stay.

She further advised Nigerians to take visa guidelines and policies of other countries seriously, to avoid prosecution.

She offered a special appreciation to the government of Kaduna State for the swift response on the matter, as well as the Nigerian Mission in Kenya and restated the President’s order that the welfare of Nigerians wherever they are is paramount .

“However, anyone who commits a crime will face the penalty “, She said.

The Chairman appealed to Nigerians not to deliberately ignore laws as the consequences are not worth it.

Though the case of these two Nigerians is a case of visa and passport issues, which attracts a penalty of 6 months imprisonment in Kenya , the NIDCOM boss made further clarification that all issues pertaining to human trafficking were directly handled by National Agency for the Prohibition of Trafficking in Persons (NAPTIP), and NIDCOM referred all such cases to NAPTIP, which goes ahead to act and investigate further.

Meanwhile, Adams and Victor, after narrating their ordeals which included a six-month jail term, said they were just too very happy to be back home.

“All our prayers was that we came back home. The stress we went through is not worth it. My advice to all Nigerians is to be cautious of all the laws and order ”, they said.

They added further that no matter the circumstances, home is still the best place to be.

Mr John, had travelled to Kenya in 2017 and was arrested  for visa overstay which earned him a six month imprisonment while Obialu , from Imo state, was also imprisoned for passport and visa irregularities.