Skip to content
You are here
Spread the love
Niger State Government has closed down Minna-Bida state-owned road to articulated vehicles due to it deplorable condition and to allow for speedy reconstruction of the road.
The official closure of the road took place with a barricade to stop the heavy trucks from accessing the road in Bida.
The closure of the road was coming after the state government had announced the close down of all its roads to articulated vehicles some weeks back. 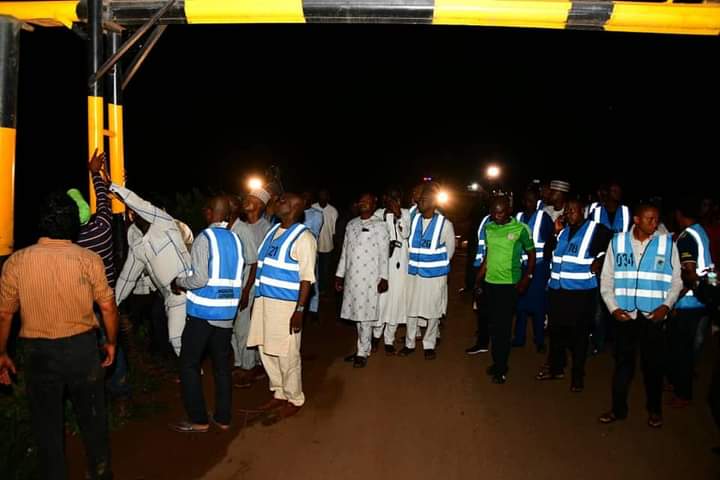 The Minna-Bida road,which has witnessed incessant breakdown of articulated vehicles on the road, has
caused untold hardship on commuters..
Other roads closed were; Lapai-Paiko, Chanchaga Bridge-Maikunkele, Muye-Lapai, and Zungeru-Wushishi roads.
The Government assured that the restriction of articulated vehicles on the state-owned roads would be effective as series of critical stakeholders meetings had been held and the stakeholders were in support of the decision stressed that the closure only affected the state-owned roads.
The State Government warned that any articulated vehicle caught on the closed roads will have themselves to blame as the Government had made widespread publicity on its closure.
Government however enjoined its citizens to show some level of understanding as it was not unaware of the inconveniences the restriction will cause, but it was in the over all interest of the state.
Some of the drivers of the trailers also welcomed the development of the closure said they were in full support hoping that the restriction will bring about the desired result.
Yusuf Ahmed one of the articulated vehicle drivers who was coming from Bauchi State caught up in the barricade said it happened due to an accident on the Minna-Bida Road and appealed for consideration, added that Minna-Bida Road was the only motorable road now as that of Bida-Agaie-Lapai-Lambata and Tegina-Birnin roads were in bad condition couple with the presence of bandits and Kidnappers along the route
Considering the current development, the initial 18 dry months time frame for completion of the Minna-Bida Road is no longer feasible due to some challenges, as such the Ministry of Works and Infrastructure will adopt measures to enable the contractors complete the project on a good time .
The Chairman of the infrastructure and monitoring committee who is also the  Chief of staff to Governor Abubakar Sani Bello, Alhaji Ibrahim Balarabe in company of other team members cut across relevant ministries, departments and parastatals carried out the closure on behalf of the State government.
With the closure of all State owned roads to heavy duty trucks in the state, it is hoped that the attention of the relevant Federal authorities will be drawn to the State as it is hosting most of the Federal Roads in the Country and also bearing in mind that it is connecting the Northern and the Southern parts of the country.