The effort of Governor Abubakar Sani Bello to attract both local and foreign direct investments into Niger State, Tuesday, received another boost  with the signing of MOU with the Dutch Government and companies.

The event which took place at the Presidential Villa, Abuja, saw the Niger State Government and Royal FrieslandCampina WAMCO PLC sign a Memorandum of Understanding (MoU) on “dairy chain development” to boost dairy production in the country. 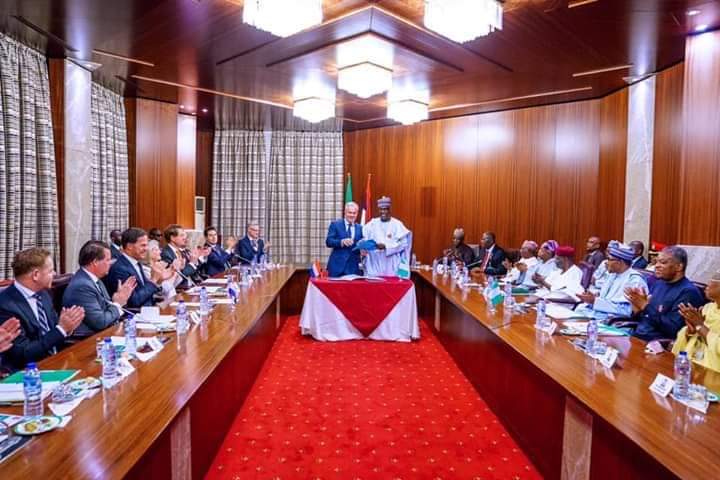 The agreement is expected to raise the state GDP by at least N45 billion through milk production, meat processing, pasture and feed production.

The MOU which will create job opportunities in various strata of the agricultural sector was equallyalso aimed at boosting the economy of the state as well as finding lasting solution to farmers-herders clashes. 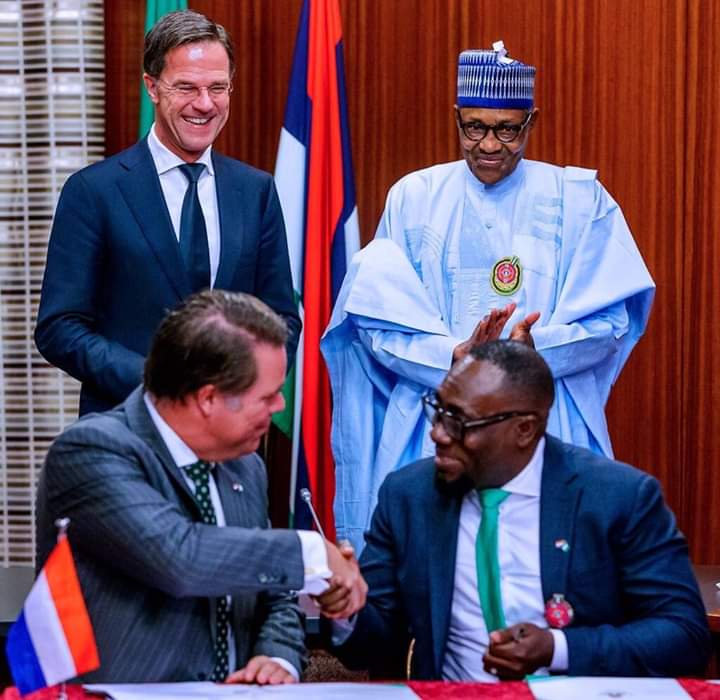 Governor Sani Bello explained that the vision of the state was to attract 6 million cattle out of the 20 million cattle in Nigeria, adding that the Bobi Grazing Reserve alone would accommodate 450,000 cattle.

“We want Niger state to be the Go-to state for livestock in Nigeria. It is estimated that 10 million rams are sold for Sallah and a similar number for Christmas – we want Niger State to supply that instead of importing”, he said.

Governor Sani Bello disclosed that WAMCO has already set up its factory in Bobi Grazing Reserve where the first indigenous PEAK MILK will be produced, adding that Niger State Government has since approved 4000 hectares of land each to Chi LTD Company makers of Hollandia milk, Irish dairy and Neo.

He further said another Five Grazing Reserves were gazetted, and Niger state will house a total of 6 million cattle which will generate a revenue of over N45 billion annually.”

He commended the Central Bank of Nigeria for facilitating the investment and the Federal Government for its support.

President Muhammadu Buhari who had earlier received the Prime Minister of Netherlands, Mr Mark Rutte on a two-day working visit witnessed the signing of the MoU.

It would be recalled that in October, Governor Bello had while on a working visit to the European Union (EU) Delegation Office in Nigeria, discussed issues bordering on milk production, meat processing, pasture and feed production were discussed.

Economists say, the latest feat by the Niger State Government and extension, Governor Bello, will have multiplier effects on the various sectors of the state economy, which includes mopping up and gainfully engaging large unemployed youths in the state, thereby impacting positively on security.