The Director General of National Youth Service Corps, Brigadier General Muhammad Kaku Fadah has charged Corps Members to.be of good behavior and avoid any act that can tarnish their image, their families or bring the good image of NYSC into disrepute.

General Fadah gave this advise today in his address to Corps Members during his visit to Ebonyi, Cross River and Imo State Orientation Camps. 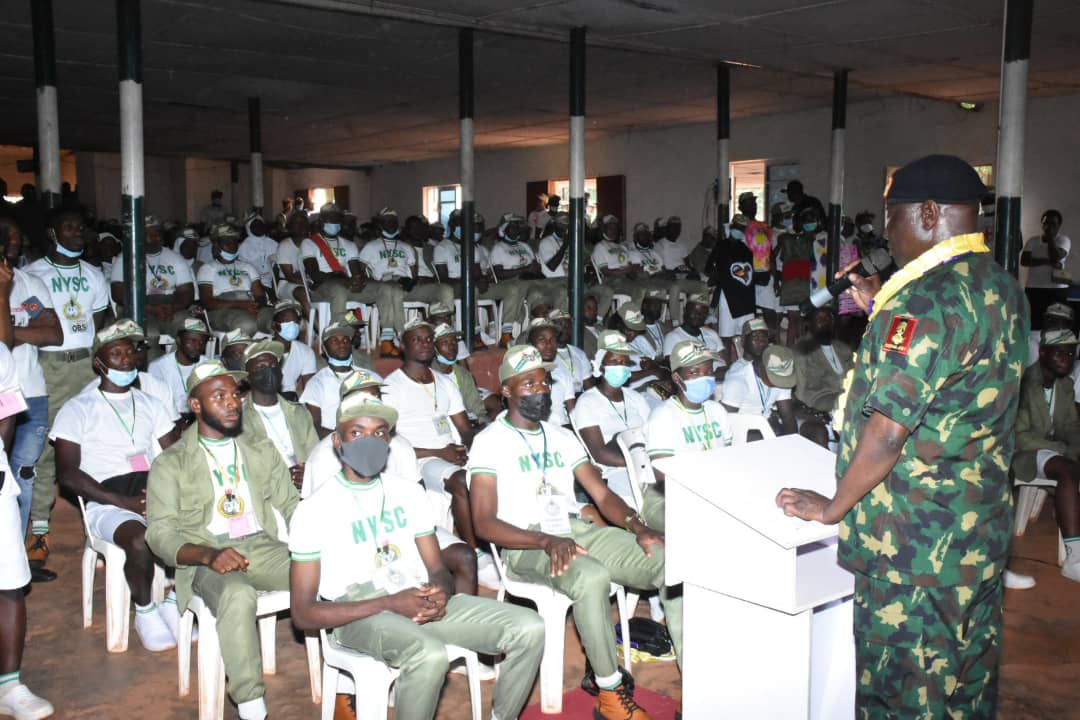 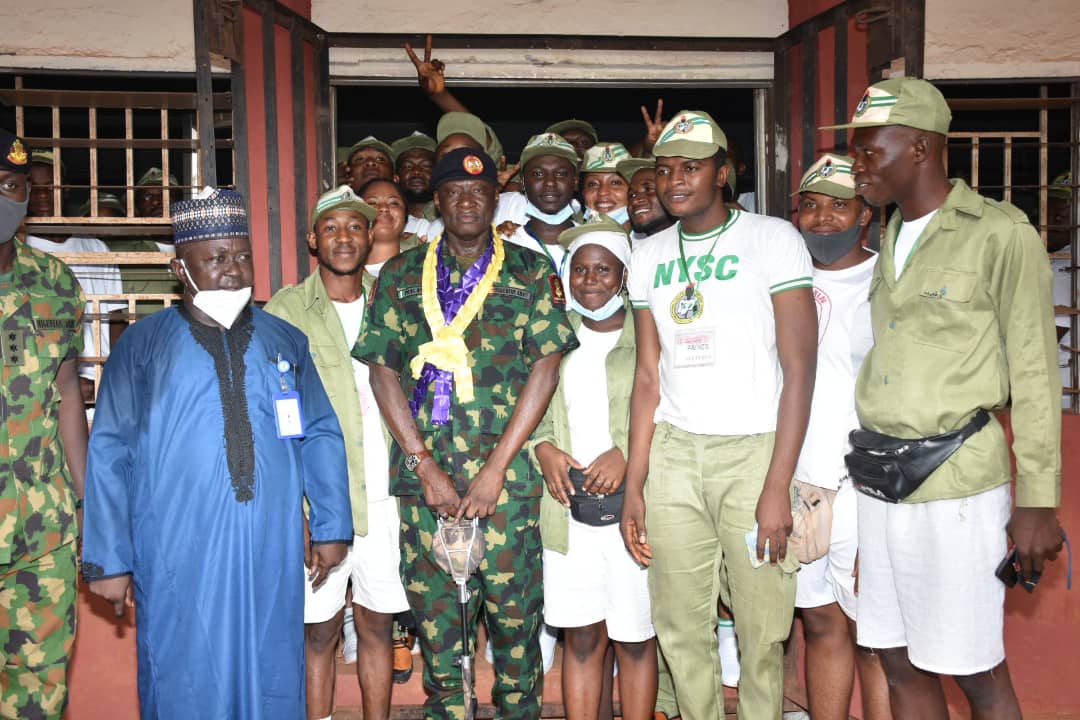 Fadah urged them to maintain high level of discipline and “avoid cultism, cybercrime, hooliganism and drug-related offences.
“NYSC have zero tolerance for misconduct and you are expected to adhere to every rule and regulations as being advised.
“If you violate the laid down rules and regulations you will be sanctioned”, he said.
The Director General also admonished the Corps Members to maintain personal security, added that the Scheme has made enough preparation for their welfare and security, but added that they should not endanger themselves through late-night movements, partying among others.
Speaking further, General Fadah urged them to use the social media to promote the unity and Integration of the country and not to spread fake news.
The NYSC Ebonyi State Coordinator, Mrs Mercy Bamai informed General Fadah that the 887 Corps Members in Camp comprising 359 males and 528 males are all well-behaved as camp activities are going on smoothly.
NYSC Cross River State Coordinator, Mr Andrew Zemoh said the registered 974 Corps Members made up of 531 males and 443 females have all keyed into the in-camp training of Skill Acquisition and Entrepreneurship Development programme aimed at empowering Corps Members for self empowerment.
“The Corps Members have been seriously committed to all camp activities and are also well-behaved”, he said.
Similarly, the NYSC lmo State Coordinator, Mrs Rachel Idaewor thanked General Fadah for finding time to visit the 205 male, 769 female Corps Members and other camp participants.