In his charge to NYSC Public Relations Officers at the National Directorate Headquarters in Abuja, today, during a welcome reception, the Director appealed for a strong synergy that will boost the image of the NYSC Scheme.

He also paid glowing tributes to his predecessors, whom he said had laid solid foundation for a formidable PR Unit, pledged to follow their footprints. 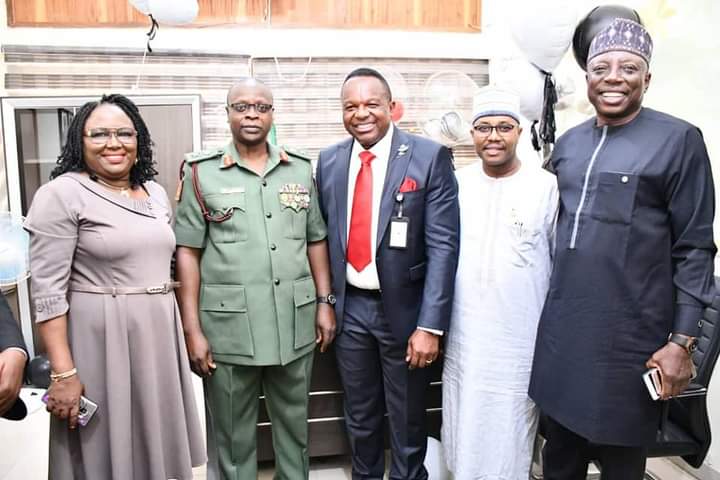 In his welcome address, the Deputy Director, Press and Public Relations, Mr Emeka Mgbemena, who has been coordinating the Unit since the erstwhile Director retired, described Mr Megwa as ‘a square peg in a square hole’.

He further described him as a Public Relations Officer par excellence, who doubtlessly will take the PR Unit to greater heights.

Mgbemena pledged the unalloyed support of every staff of the Unit to the new Director in the discharge of his duties.

While congratulating Eddy Megwa, the NYSC Director-General, Major General Shuaibu Ibrahim urged him to strive more in taking the publicity drive of the Scheme to greater pedestal, with strong professional touch.

Megwa, a 1989 graduate of the University of Ilorin joined the Scheme in 1990 as Information Officer, after carrying out the mandatory one year service to the nation.

The new Spokesperson, a highly experienced, having been in the PR profession for almost thirty-two years.

He had worked in the Secretariats of the NYSC in Rivers where he began his meritorious career; then Anambra, Yobe, Borno and Benue States as Head, Public Relations.

In 2004, he was posted to NYSC Headquarters and appointed Protocol Officer to the NYSC Director-General, a position he held until 2010 when he was redeployed to the Press and Public Relations Unit, NYSC National Directorate Headquarters, Abuja.

In 2019, he was appointed State Coordinator, NYSC Cross River State and in 2020 redeployed to NYSC Secretariat, Lagos State as the Chief Executive.

He got promoted to the rank of Director in January, 2022.