Adegboyega Oyetola has been in the saddle as Governor, state of Osun, one of the most peaceful and economically viable states in Nigeria for 388 days out of the 1,461 days constitutional duration for his first term in office. Throughout this period, Oyetola has served the state with rare spirit of purposefulness, patriotism and commitment. 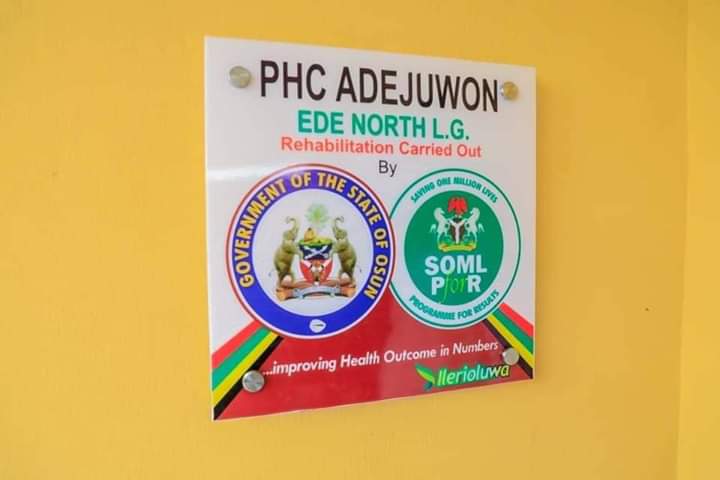 The state is still in the mood of the first year anniversary of the Governor with his many salient, remarkable and impressive scorecards including prompt payment of salaries and wages, expansion of the state economy for prosperity, improved security of citizens’ lives and properties, road maintenance and rehabilitation. 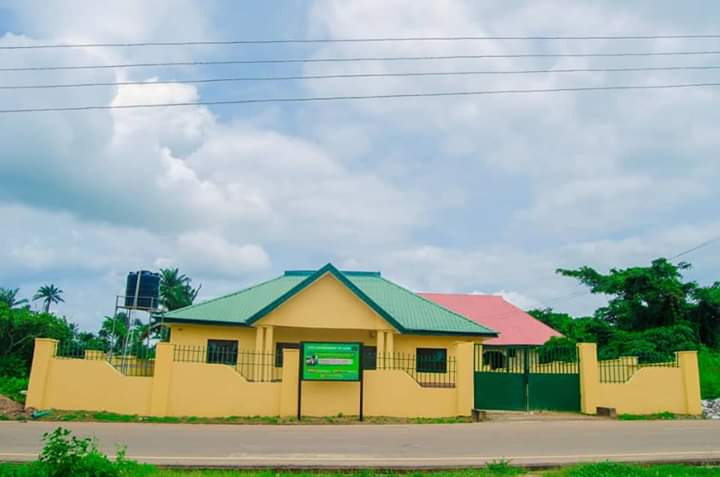 In addition to all the aforementioned, there is a silent but very magnificent revolution going on in the health sector, with the attendant positive impacts on people resident at the grassroots and remotest parts of our 28-year-old State. The ongoing efforts of the present administration to rehabilitate, renovate, upgrade and revitalize three hundred and thirty two (332) primary healthcare centers across the State as well as some selected General/State hospitals with state-of-the-earth equipment is legendary. 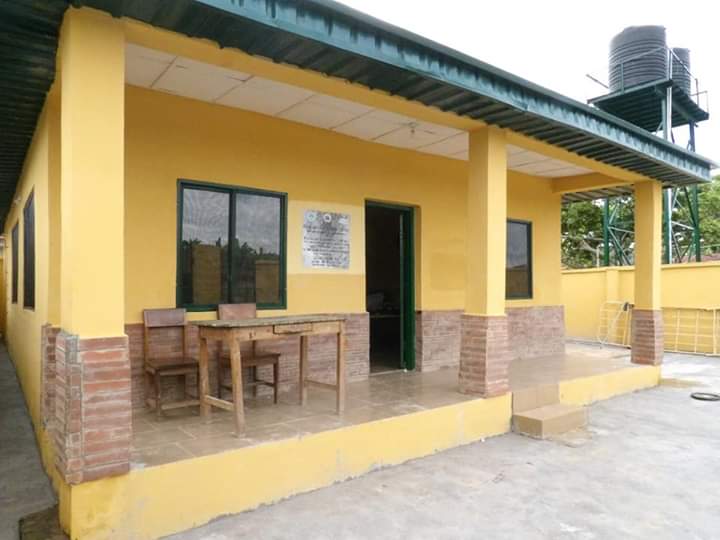 The ultimate goal is to provide each of the constitutionally recognized political wards an access to a functional and standard health facility in their domain. This noble objective is edging the State closer to the attainment of Universal Health Coverage, the 3rd goal in the Sustainable Development Goals (SDGs), which is: “Ensuring healthy lives and promoting wellbeing for all at all ages”.

Oyetola, a man of few words but full of actions, seems to have convinced people of his readiness to fulfill the pledge he made in the speeches he delivered at his Declaration of Intent to contest for governorship in the State on 5th June, 2018 and his Inauguration on 27th November, 2018 where he declared that revamping of the Osun State Health sector would be one of the topmost priorities of his administration.

The task before the committee was enormous. The objective is to restructure and reposition the entire health sector in the State of Osun. The specific objectives include rehabilitation, renovation and revitalization of the three hundred and thirty two (332) primary healthcare centers (PHCs), one per ward, across the State. The nobility of this strategy is not in doubt as the PHCs are closer to the people.

This will reposition the PHCs for effective and qualitative service delivery which must be accessible to all. In line with the principle of holistic health care delivery, some state hospitals were selected for upgrading and rehabilitation to serve as referral centers to the PHCs. This will provide access to secondary health care facilities that will handle referred cases from PHCs and those beyond their scope of medical services.

Mr. Governor officially, on March 5th, 2019, flagged off rehabilitation, renovation and revitalization of 332 PHCs across the state, the first of such magnitude in Nigeria. This came three weeks after he flagged off the complete rehabilitation and upgrading of Ejigbo & Ifetedo General Hospitals. One of the quick takeaways is that all the contractors handling the PHC revitalization projects were sourced locally, ensuring that the cash-flow involving materials, artisans and expertise circulates in the eco-commercial space of the state of Osun.

As a member of the Primary Healthcare Infrastructure Implementation and Monitoring Sub-Committee under the Chairmanship of Hon. Leke Ogunsola and other distinguished professionals with expertise and experience in their chosen fields, we have visited the 30 local government areas and 38 local council development areas (LCDAs). The terms of reference of the sub-committee is to ensure the delivery of the renovated PHCs with compliance to regulations in terms of quality and stipulated standards.

We transverse the length and breadth of the state, the towns and villages farther away in distance from the State capital are the most desirous and appreciative of this noble PHCs project. PHCs Sokoto, Ayinrin Adedeji and Arowojobe in Atakumosa East LG with the first sharing boundaries with Ondo State on the east side, the three communities are over five hours drive away from Osogbo; both PHCs saving more than 35 villages, have more than 3,500 persons in population. In the same vein, PHC Oteu in Ifedayo LG, a 38km drive from the city center of Ila towards the northern axis with over 27 communities. Even under Osogbo Local Government, at the backyard of the State Secretariat Abeere is PHC Irepodun , it will take another 40minutes bumpy drive from the frontage gate of Fountain University to access the rural dwellers of Irepodun village and environs.

The people of Famia and Tonkere Orile in Ife North LG, who are majorly Cocoa & Oil palm farmers are beneficiaries of the giant strides of the Oyetola administration in the health sector. The list of these rural communities are endless; PHCs Iyere, Asawo & Ipoye in Atakumosa West LG, PHC Olori in Ayedire LG, PHCs Ilawo & Songbe in Ejigbo LG, PHCs Oranran and Ayepe in Isokan LG, PHCs Ajagba and Ikonifin located at the boarder LG of Ola Oluwa. The midas touch is also on PHC Isale Oyo in Iragbiji of Boripe LG where history has it that the present State Governor was delivered 65years ago.

Away from the renovation of the physical structures of the PHCs, which of course make them look attractive and conducive for health care delivery, the government had also procured the basic essential medical equipment, which have been distributed to all the PHCs such as the Blood Pressure Monitor, Sphygmomanometer, Adult & Children weighing scale, Stethoscope etc. Similarly, the Oyetola led administration has in the last 12months purchased HIV and Malaria test kits, essential drugs and medical consumables to the tune of Two Hundred and Fifty Million Naira (N250m). Innovation such as the PHC Ward Development Committee (WDC) comprising of esteemed leaders and medical officials who live within the neighborhood of the PHC is also in place, their role is to ensure smooth running of PHC operations, couple with the take-off of the Basic Health Care Provision fund under their management in the state has led to increase utilization, patronage and enrollment of the PHCs in the state. Government also made available a functional borehole system for the use of each PHC and the community with electricity full supplied to the facility.

No doubt, there is a silent revolution going on in the health sector of Osun, the revolution of creating a productive citizenry whose welfare tops the priority list. The revolution which takes a working health system to the doorsteps of the commoners, downtrodden and rural dwellers at no cost whatsoever.

There is also free consultancy, free health education, free laboratory test, free drugs. As if all the above stated are not enough, Oyetola has disbursed four hundred and forty-seven million naira (N447m), almost half a billion naira for the capturing of all the vulnerable in the state into the State Health Insurance Scheme (O-HIS), a social health insurance scheme structured to cater for all citizens irrespective of class, status, race or religion.

Also the construction of a 30flat Doctor’s quarters and 120 bed ward complex at the State Specialist hospital Asubiaro Osogbo, when completed, will cap the efforts of the state government by making accessible a world class tertiary health care delivery service in the state.

The feedback mechanisms to instill sustainability and thorough effectiveness from all stakeholders are already in place which necessitated the inauguration of the Osun Primary Healthcare Board and Osun Health Insurance Agency in September 2019. The participation of the State as one of the pilot states in the implementation of the Basic Healthcare Provision Fund will make the management, operations and maintenance of the newly rehabilitated PHCs a lasting one. BHCPF is One Percent (1%) of the FG consolidated revenue and contributions accrued from donor agencies grants specifically for health related projects.

Research backed by available data and statistics has revealed that the enrollment and patronage in the centers have increased arithmetically. In PHC Iyere, Atakumosa West LG which was completed 2 months ago and consists of largely Hausa Fulani speaking people, available records from inventory of medical services showed that 20 new women have registered for antenatal, while more children and adults have visited the PHC for medication. The story is the same for PHC Oke Alfa in Isokan LG, PHC Isokun at Ilesa West LG etc.

It is trite to conclude that governance and government touches are being felt at the remotest part of Osun. People need not travel several miles in attending to failing health predicament, this better alternative by the government is putting a landmark stoppage to quackery with the assurance that our clinical walls are no longer dilapidated which hitherto portends danger to patients. In most places, interactions with staff and patients depicted expression of joy and comfort of the heart warming gesture.

More importantly, the State has largely improved on the routine immunization, family planning programmes, antenatal coverage, training and retraining of medical personnel. Improvement has been recorded in the maternal newborn and child health, eradication of polio, consistent elimination of mother to child transmission of HIV, malaria control and ensuring nutritional value to children.

Joyfully, the painstaking measures employed and status the State has assumed to reposition strategically the health sector dynamics within the shortest time through the innovative and judicious use of intervention grant for the public good of a larger percentage of our populace remains the greatest import and takeaway worthy of commendation and emulation.

Owoyokun, a member of the PHCs Infrastructure Implementation and Monitoring Sub-Committee, writes from Isokun in Ilesa West Local Government of the State of Osun.