The Press Gallery had been deserted. For nearly three months it was devoid of the regular noise and bustles. Indeed, visits by our colleagues to the gallery had become irregular and infrequent because of the temporary absence of a head. It was an agonizing period filled with anxiety as Journalists await the appointment and announcement of a new Chief Press Secretary by Governor Abubakar Sani Bello of Niger State.

Governor Sani Bello had been a meticulous person when it comes to issues of selecting and or appointing political office holders. Often, he had been criticized for what he stood for, especially in the appointment of his principal officers. As it were, the Governor lived up to his ideals, even in the face of obvious political pressure, by coming up with a choice that some people described as one of the Governor’s best decision of all time. 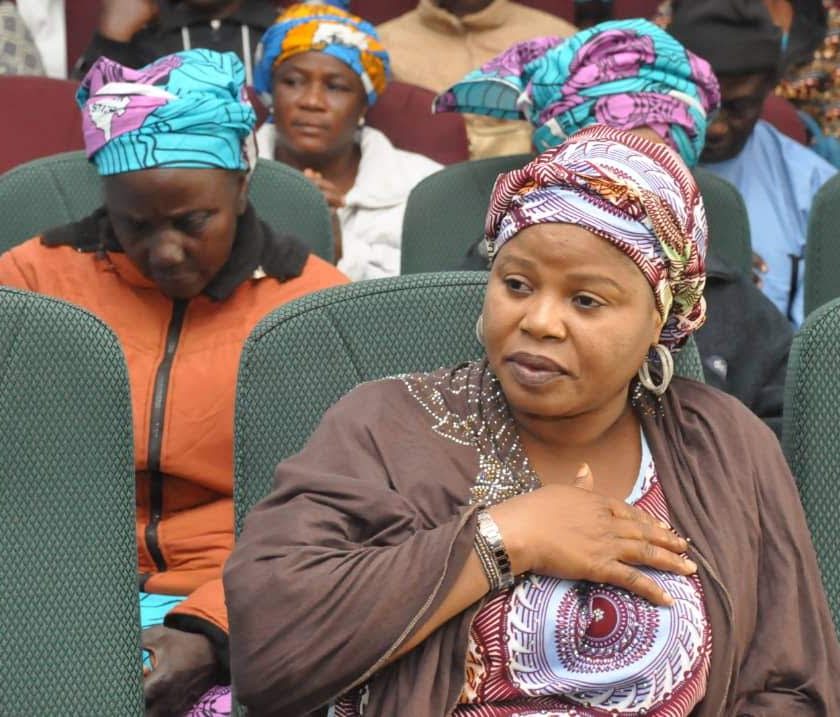 Considering her competence and awesome antecedents, Mrs. Mary Noel Berje’s appointment by Governor Sani Bello was greeted with euphoric acceptance by her immediate constituency, the Media and the general public. The new Chief Press Secretary was not entirely in an unfamiliar terrain having worked as a Journalist (with the NTA, Minna) and Public Relations person for more than 20 years.

An expectant crowd, consisting mainly of the Press Crew members, had gathered in the gallery awaiting her arrival. She was not entirely new to the gallery and the crew having also served as a State House Correspondent for the NTA under the administration of Mu’azu Babangida Aliyu. Mrs. Noel Berje assumed office with an infectious enthusiasm. And with glittering smiles radiating all over her innocent face, she began the historic journey as the first female Chief Press Secretary to the Governor in the state.

Naturally, her tasks in the first few weeks were daunting, but the Chief Press Secretary knew it was not going to be all bed of roses. She was apparently aware that she was hired to increase the visibility, manage and launder the image of her boss which she had to do in a seemingly hostile political environment. With a comprehensive understanding of the entire Media gamut, a positivistic approach to the welfare of Journalists and the support of her principal, she weathered the storm and remained dogged, resilient like the legendary Amazonian woman.

Indeed, as the Governor’s Spokesperson, Mrs. Mary Noel Berje has not only demonstrated hard work, dedication, loyalty and passion for her job, she has become an essential part of the success story of this administration, working tirelessly to maintain positive public image, build credibility and avoid negative media coverage around the Governor and, by implication, the state government.

As a Mediator and protagonist of this administration, the Chief Press Secretary had occasionally suffered slights and humiliation, and have come under intense criticism by some deliberately mischievous and highly self-centered individuals who, rather than encourage her, opted to be condemning her efforts. But what strengthened her resolve and made her the credible spokesperson that she is today is the enormous patience she possess and an uncompromising attitude about saying the truth.

It feels just like yesterday, whereas it’s already a year. Although it has not been easy, Mrs. Mary Noel Berje has set an exemplary standard with her awesome work ethics, dedication, positive attitude and confidence. So far, she has worked in a flawless manner, giving desired attention to details, spreading joy and optimism among her crew members and the media as well as inspiring everyone to give their best.

This first year has been phenomenal. And it must be acknowledged that this humble human personality has worked with honesty and fearlessness, and has given everyone his or her dues. She has ensured that her boss, who was hitherto seen to be grossly under reported, as well as the policies and programmes of the state government were everywhere in the public glare. The Chief Press Secretary has toiled daily, since assumption of office, to preserve the welfare of Journalists, she has conducted in-house training for her crew members and has enhanced the execution of Social Media contents with professional craftsmanship.

With the success of raising a lovely family, Mrs. Mary Noel Berje has been amazing in balancing her office duties with family responsibilities, thanks to the psychosocial support which she leveraged from an extraordinarily loving husband, the greatest treasure of her life. Mr. Noel S. Berje has been incredibly supportive, he has spurred her to success and the greatest compliment of this remarkable anniversary goes to him without prejudice.

Born more than four decades years ago, Mrs. Mary Noel Berje is a Gbagyi woman from Chanchaga Local Government Area of Niger State. She attended the L.E.A. Primary School, now IBB Primary School, Minna and went to Federal Government Girls College, Benin in the defunct Bendel State for her secondary education. She read Mass communication at Diploma level from the University of Jos, Plateau State, in 1994, and later went to University of Abuja where she graduated with a BSC in Political Science. Her professional career began with a brief PR job at the defunct NITEL before she joined the service of Nigeria Television Authority (NTA), Minna.

Apparently, this anniversary is a special one. And one of the best compliments the Chief Press Secretary deserves on this occasion is more appreciation, support, motivation and prayers from all because she cannot be adequately remunerated for her loyalty and hard work. We congratulate this alluring enigma whose radiating elegance will, no doubt, continue to remain inspirational to all, and particularly to the female folks.