The Governor who was received by his Kwara state counterpart at the presidential wing of the Kwara State Government House, Ilorin noted that late Abdulganiyu Abdulrazaq lived a fulfilled and exemplary life.

Bello in his condolence message said he received the news about the passing of the late patriarch with great shock and sadness. 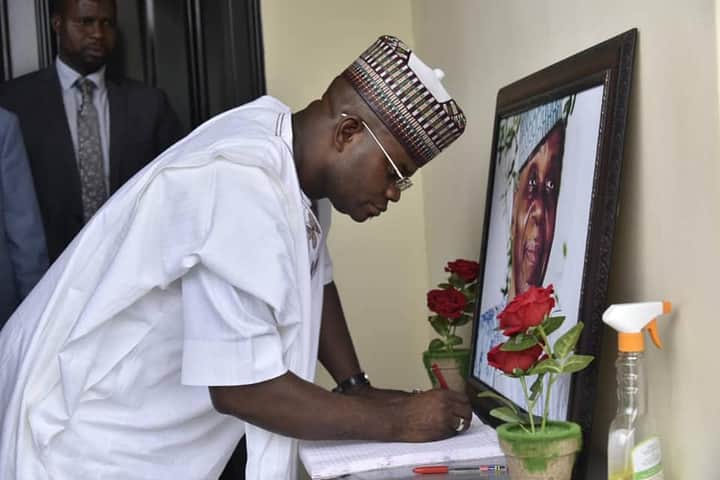 He urged Governor AbdulRazaq to take solace in the fact that his late father lived a good life which made great impacts not only on his immediate family members by virtue of the illustrious children he has produced, but the nation at large.

Governor Bello also disclosed that the tie between Kwara and Kogi state remain very strong noted that they remained each other’s keeper in time of celebrations and even in time of sorrow.

He then commiserated with the immediate family members of the late patriarch, the Ilorin Emirate Council, and the good people of Kwara State over the loss, just as he prayed God to grant the soul of the deceased Aljanat firdaus.

In his response, the Chief Mourner, Governor AbdulRazaq Abdulrahman thanked Governor Bello for standing with him, other members of Abdulganiyu AbdulRazaq’s family and the Government and People of Kwara State in their grieving moment.

Alhaji AbdulGaniyu Folurunsho AbdulRazaq died on July 25, 2020 at the age of 93.