Oyo State government, on Tuesday, expressed its readiness to halt the influx of people into the state from other states of the federation to further prevent the spread COVID-19.

The Information and Risk Communication Sub-committee of the Oyo State COVID-19 Task Force stated this during a sensitization campaign in border towns within the five local governments in Ogbomoso land. 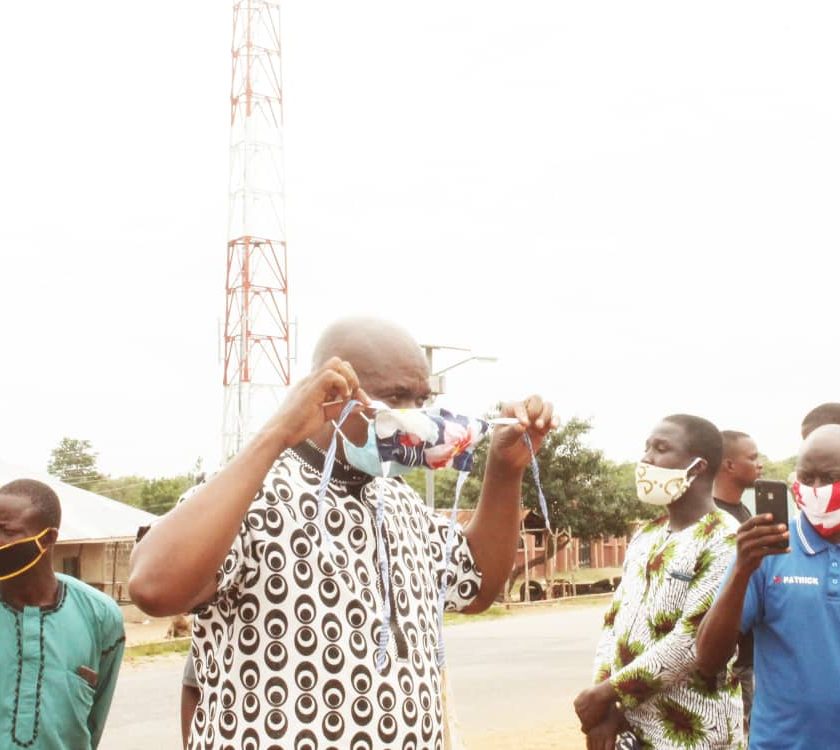 The state’s Commissioner for Information, Culture and Tourism, Dr. Wasiu Olatubosun, who led the campaign team told border town residents that the government was determined to stop the influx defiant Nigerians who have been violating the nationwide restriction on interstate movement.

A statement signed by the Chief Press Secretary to Governor Seyi Makinde, Mr. Taiwo Adisa, said the Commissioner maintained that the state government would leave no stone unturned to ensure that its border towns were effectively secured.

The team, according to the statement, embarked on house-to-house sensitization of residents of various communities in Ogbomosoland, on how to prevent the novel Coronavirus.

The Committee noted that observing hygienic practices, physical distancing and avoiding harbouring travellers from other countries or neighbouring states without first reporting them to the government authorities were important steps towards guarding against the virus.

He also admonished the residents of the respective communities to cooperate with the security personnel in manning the borders, added that the Oyo state government would take all necessary measures to block all the illegal boundary routes that motorists, motorcyclists and pedestrians were plying to enter Oyo State from Osun, Kwara states and the international borders.

He also called on the government of Osun and Kwara states to put strict measures in place at their respective borders as a way of enforcing total compliance with the interstate movement restriction directive.

Earlier, the Divisional Police Officer in charge of Surulere Local Government Area, Mr. Salawu Olayinka, briefed the commissioner and the subcommittee members on the challenges facing his personnel at the border posts in the area.

According to Olayinka, residents of the border communities were not cooperating with the security personnel, saying “they are in the habit of threatening our men whenever we resist violation of the border closure.

“In fact, they have created footpaths in the bushes around here as escape routes where people from Ejigbo in Osun State enters Oyo State,” he stated.

Speaking at the palaces of the Alapa of Okin town, Professor John Akintola and the Oloko of Oko town, Dr. Solomon Akinola, Olatubosun sought the cooperation of the traditional rulers to prevail on their subjects to abide with the movement restriction at the borders.

The Commissioner further urged the traditional rulers to deploy local hunters to the illegal routes created in the border communities, as a way of enhancing the job of the conventional security operatives that were manning major boundary borders.

According to the Commissioner, as of May 10, Oyo State had recorded 64 cases of COVID-19, and seven of the cases were from Ogbomoso zone.

“Five out of the seven cases were from here – Surulere LG, so our people should take the issue of coronavirus serious by obeying all guidelines put in place by the administration of Governor Seyi Makinde, to contain and curb the spread of COVID-19 in the state.”

He intimated the residents to take their personal hygiene serious, abide with physical distancing, regular hand washing with soap, use of sanitizers and facemasks in public places, while also imploring the residents of the various border towns and villages not to hesitate to report to government the arrival of any person into their respective communities.

“Do not receive any visitor during this period, even if your son or daughter living outside this community arrives now, quickly report him or her, so that such individual can be quarantined for 14 days to know maybe he or she has been infected or not.

“Coronavirus is real and we should all be conscious of our environment now and report to government if strangers arrive your communities,” he said.

In their separate responses, the royal fathers commended the administration of Governor Makinde for its proactive measures in combating the spread of COVID-19 across the state, promising to continue supporting all government efforts at curbing the spread of the virus in their respective communities.
Facemasks and hand sanitisers were given to the traditional rulers for onward distribution to their respective subjects, while Olatubosun also distributed facemasks to residents on the streets of Oko, Oki, Ijado and Otee towns.