Media Trust Group has expressed optimism that the vision of the Corporate Affairs Commision (CAC) to become a world class companies registry will soon be realized considering the pace of transformation it is recently witnessing.

The Group Chief Executive Officer, Media Trust Limited, Mounir Haliru Gwarzo stated this today in Abuja during a courtesy call on the Registrar General/CEO of the CAC, Alhaji Garba Abubakar. 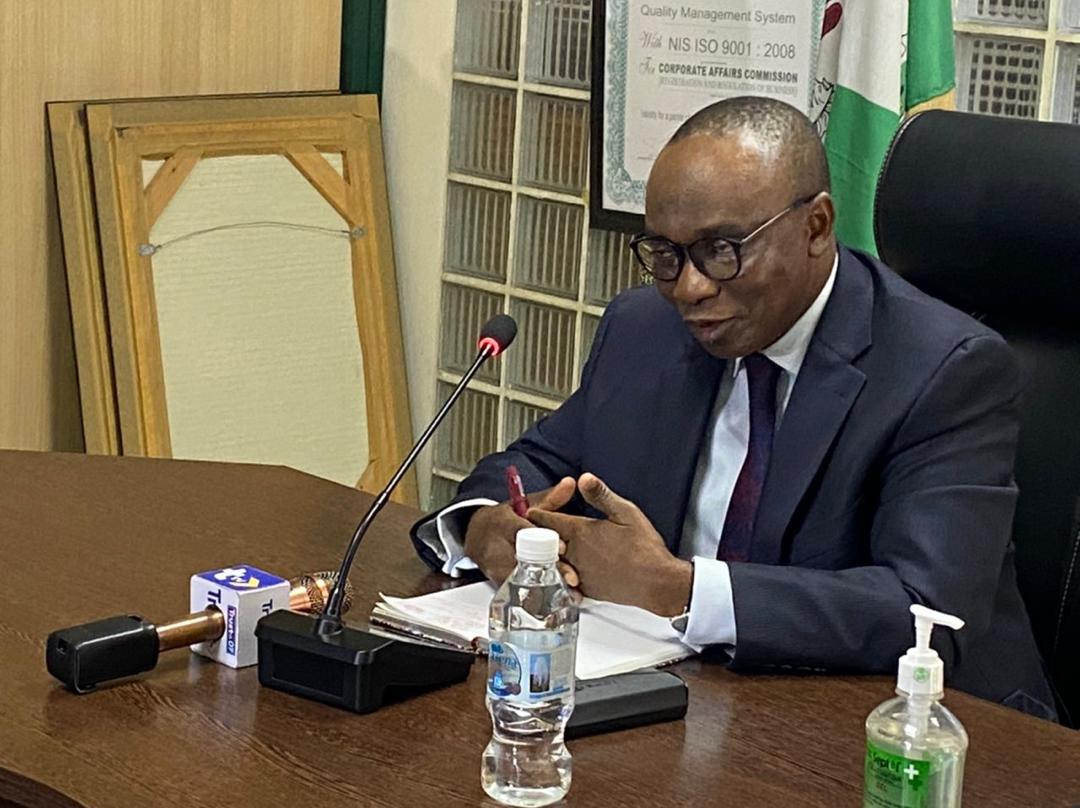 Mounir Gwarzo noted with pleasure that the CAC was the only Government Agency operating a fully digitized self service portal and therefore urged it to sustain the tempo.

Gwarzo who stated that Media Trust was at the CAC to appreciate it’s tremendous patronage and solicit for upscale, revealed that the medium was ready to offer further knock down rates for the Commision to advertise its products and services on trust platforms.

He stressed that the Media Trust was restructuring to consolidate on the gains recorded over the years and position it for the task ahead.

Responding, the Registrar General/CEO of the CAC, Alhaji Garba Abubakar thanked the Media Trust for acknowledging the recent successes recorded by the Commision.

Alhaji Garba Abubakar reiterated his commitment to ensuring that the CAC competes favorably with it’s global peers for the benefit of the Nigerian economy.

Garba Abubakar who highlighted the reform initiatives being implemented by the Commision, said in a bid to enhance ease of doing business, registration of companies was made open to the general public through the provision of an end-to-end electronic solution in line with global best practices.

Responding to a remark on the controversy that had earlier surrounded the implementation of the CAMA,2020, the Registrar General stressed that the misrepresentation was largely due to the activities of mischief makers that didn’t even have full grasp of the new law.

He further stressed that the law was well tailored in line with global best practices and added that the 2021 Regulations made pursuant to the CAMA,2020 had adequately addressed the concerns of all groups and denominations.

Alhaji Garba Abubakar used the forum to congratulate Mounir Haliru Gwarzo on his appointment as the CEO of Media Trust Group and described it as well deserved considering his vast experience in both public and private sectors of the economy.

Gwarzo was a former Director General, Securities and Exchange Commision.The highlights of the visit included presentation of gifts.